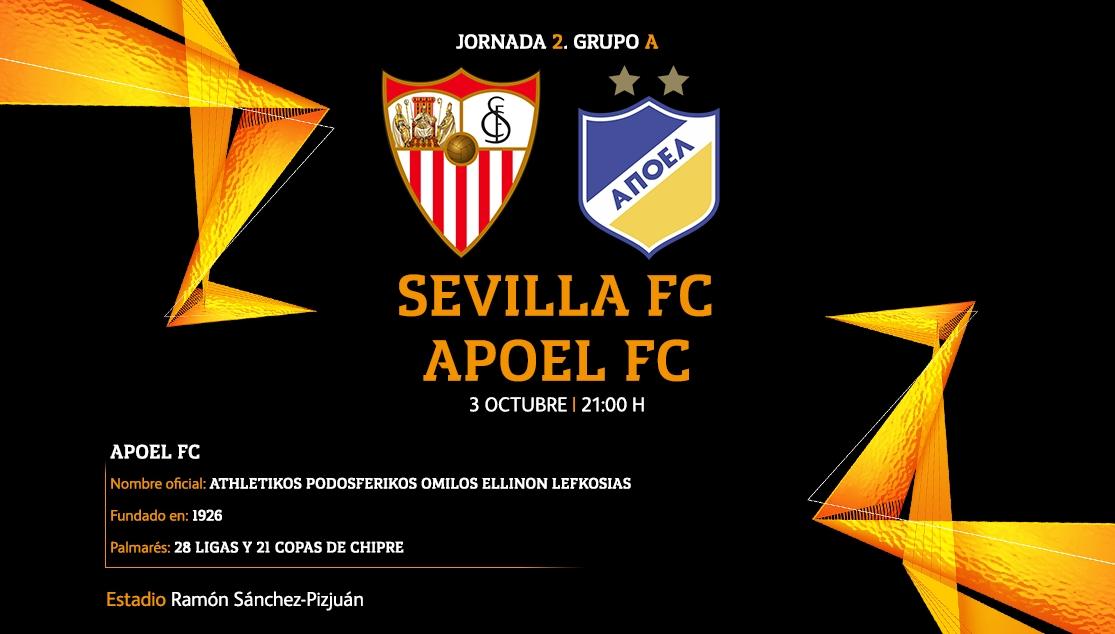 Sevilla FC will face another European tie on Thursday evening. After travelling to Azerbaijan to face Qarabag and running out 3-0 winners, the Nervionenses host the Cypriot side APOEL Nicosia in the second match of the UEFA Europa League group stage. The side are looking for a second win to take them up to six points, a huge leap towards the knockout stages.

The side from the Cypriot capital arrive in Sevilla in a difficult position. Despite the fact today is only the second game out of six, their opener two weeks ago was far from ideal, as they lost 4-3 at home to Dudelange in a frantic game, both sides coming from behind to lead during the game.

APOEL, who lost their opener in the UEL, arrive in Sevilla after winning the Cypriot Super Cup last weekend

APOEL's domestic form is quite the opposite, having only played two games in the league, compared to the rest of the league who have played four times, but they have won both their games so far. The league consists of twelve sides, with the top six qualifying for the final phase and the other six trying to avoid relegation. Also, APOEL won the Cypriot Super Cup on Saturday with a 1-0 win over AEL Limassol.

Their sides consists of a large number of Cypriot players, while most of their foreign players are Eastern European, from Serbia, Bosnia, Croatia, Greece or Slovenia. The Swiss striker Linus Hallenius and the Brazilian midfielder Lucas Souza, both of whom have scored this season, complete their list of foreign players.

In their pre-match press conferences, both managers appeared confident of getting a positive result

In the build-up to the match both managers showed their desire to get a good result and compete at the Sánchez-Pizjuán. Lopetegui spoke about Sevilla's record in the Europa League and his desire to continue it, while Thomas Doll, APOEL's German manager, said his side are prepared for the match in Sevilla, and that the defeat against Dudelange will not be on their minds.

The match will kick off at 21:00 at the Ramón Sánchez-Pizjuán, and will be refereed by Baj Nijhuis from the Netherlands.

First team
THE BANEGA FAMILY, WITH THOSE MOST IN NEED IN ROSARIO DURING THE PANDEMIC
Leer más
END_OF_DOCUMENT_TOKEN_TO_BE_REPLACED