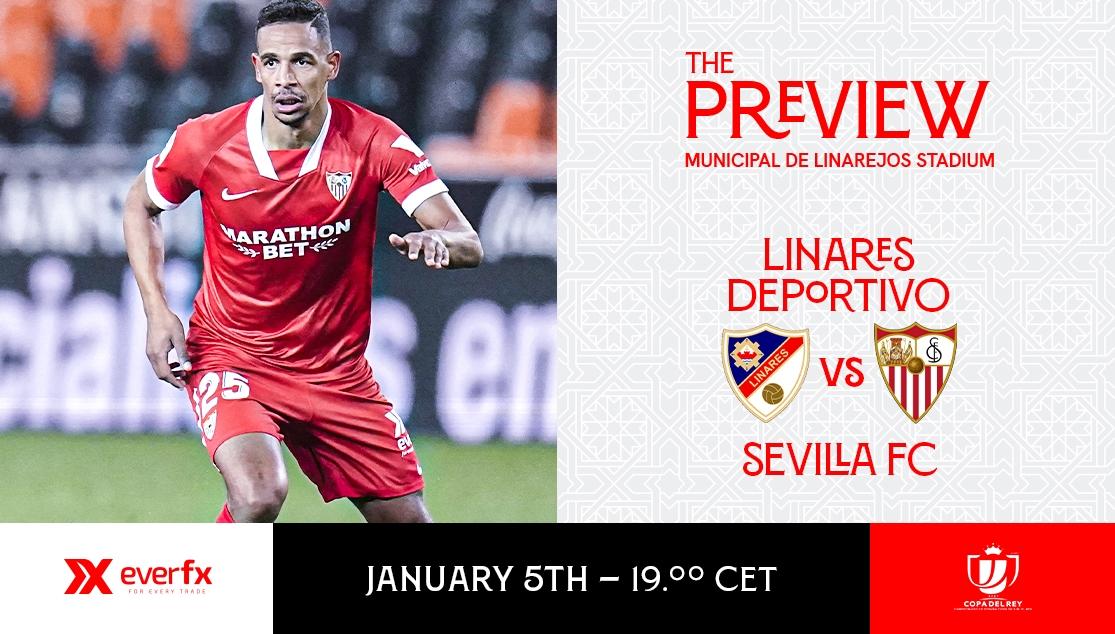 Jesús Navas, Diego Carlos and Ocampos are left out of the squad for today. Linares will be the 97th team Sevilla have faced in the tournament

The Copa del Rey is back today with second round action as Sevilla FC visit Jaén to take on Linares Deportivo after beating CD Ciudad de Lucena in the first round. Sevilla, who play the match sandwiched in between the draw at Betis and Saturday's match against Real Sociedad, will be looking to progress into the Round of 32 against the Segunda B team. The new cup format means the match will be decided today, if not after ninety minutes then with extra time and penalties.

Sevilla come into the match on a seven match unbeaten run: five in La Liga, one in the Champions League, and the Cup match against Lucena. Julen Lopetegui has taken a squad of twenty with him, the maximum permitted against a Segunda B team. Jesús Navas, Diego Carlos and Lucas Ocampos have been left in Seville to get some much needed rest in this busy 20/21 season.

Linares Deportivo will be the 97th opponent the Nervionenses have faced in the Copa del Rey and come into the game full of motivation to cause an upset against Sevilla in front of their fans. The team from Jaén are third in Subgroup B of Group IV in Segunda B, level on 14 points with Córdoba CF. Sevilla's opponents are on a five game unbeaten run, although they have not played since 16 December when they beat Internacional de Madrid in the first round of the Cup due to a break in the league.

Sevilla have won the two games they have played in Linares. The first match came in 73/74 in the Segunda División, when a double from Biri Biri lead to a 5-0 win against Linares CF. In November of the 01/02 season, the team played CD Linares in the second round of the Copa del Rey - goals from Antoñito and Tomás sealed off a 2-1 win.

The match will be played this Tuesday 5 January at the Estadio Municipal de Linarejos, and fans will be allowed to attend. Kick-off is at 19:00 and the referee will be Díaz de Mera.

First team
LOPETEGUI: 'IF YOU DON'T SCORE AND LET THE GAME GO ON, THESE THINGS HAPPEN'
Leer más
END_OF_DOCUMENT_TOKEN_TO_BE_REPLACED