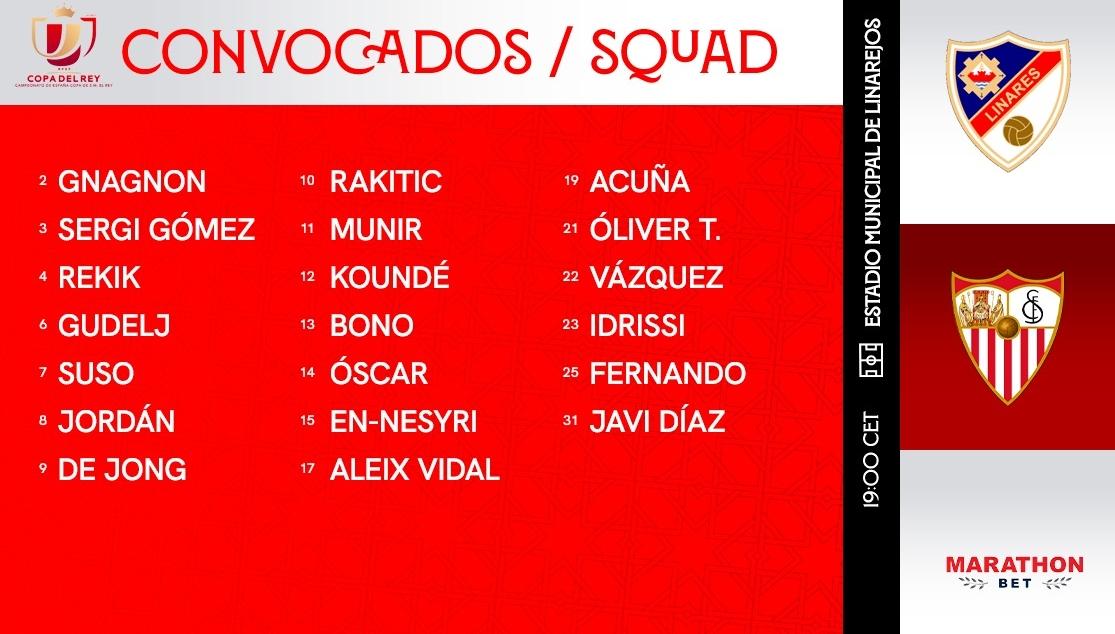 20-MAN SQUAD FOR THE TRIP TO LINARES

Jesús Navas, Diego Carlos and Ocampos will not travel to Jaén

Julen Lopetegui has picked a 20-man squad, the maximum number allowed for a cup match against a Second Division B side, for tomorrow's Copa del Rey tie against Linares Deportivo. The squad will travel there tonight and spend the night there before the match. At his pre-match press conference earlier today, Julen Lopetegui confirmed that Jesús Navas, Lucas Ocampos and Carlos Fernández had not trained today due to knocks and injuries, and are not in the squad. Diego Carlos will not travel either. However, Fernando Reges is back in the squad after serving a one-match suspension.

First team
LOPETEGUI: 'IF YOU DON'T SCORE AND LET THE GAME GO ON, THESE THINGS HAPPEN'
Leer más
END_OF_DOCUMENT_TOKEN_TO_BE_REPLACED