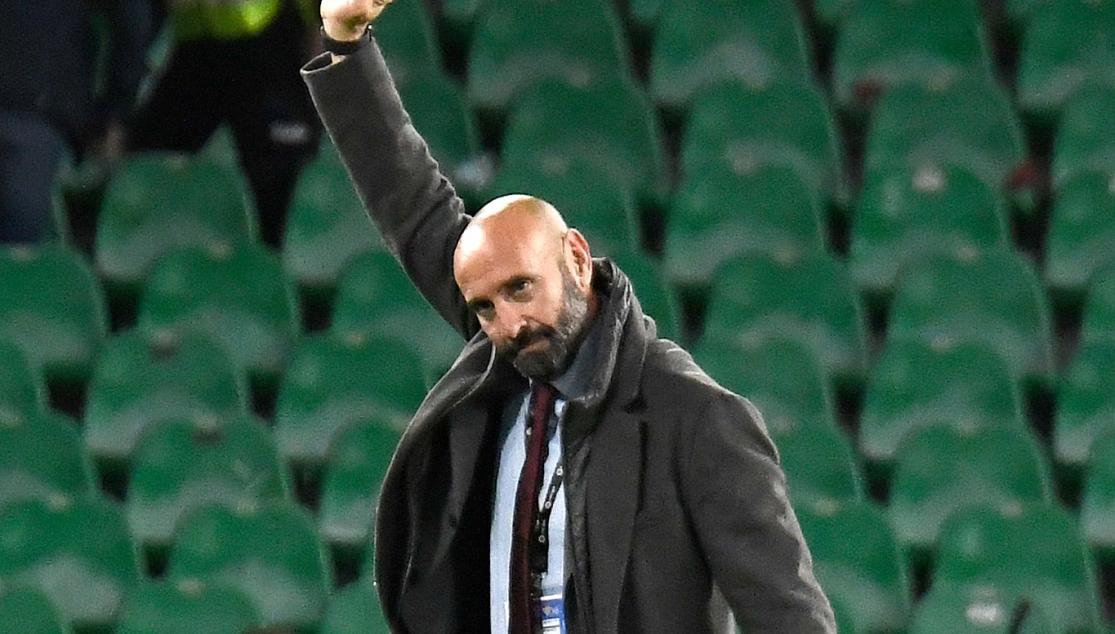 MONCHI: "OUR PLAYERS WERE GREAT ON THE FIELD, BUT OUR FANS WERE EVEN BETTER"

"It's a good sign that our forwards are at a good level because with this level of competition, Sevilla will keep on winning"

Sevilla FC's Sporting Director, Monchi, spoke to the club's media to evaulate the team's win in the Benito Villamarín: "It was not an easy game as the opponent played very well. However, Sevilla were able to manage the game better in different stages of the match. They suffered whenever they had to suffer and dominated whenever they had to dominate. We deserved the win".

Overall, Sevilla were the superior side but "against us was a team who made life hard. I think both the team and the manager read the game very well. In nearly every moment of the game, we did what we had to do. The result will stay with us for a long time and it's even better looking at the table now and seeing yourself in fourth position. It has been a Sunday to remember". The team go into the international break on a good run of form, looking well in both the league and the UEFA Europa League: "We are in a good place; however, what we can't afford to do is take our foot off the pedal. We need to keep working hard because there'll be times in the season that won't be as nice as today. We have to stick together, have confidence in each other and remember that we are a good side".

Monchi was close to the players on the pitch in the warm-up and before kick-off as "there were a few players who had never played in a derby. When they see you up close and supporting them it's a good thing. It wasn't a requirement from me, but I wanted to do it". Moreover, Monchi spoke about the performance of Luuk de Jong: "He's played like that in most of his games so far; the only thing he missed in those games was a goal. I'm delighted for him. It's a good sign that our forwards are at a good level because with this level of competition, Sevilla will keep on winning".

Finally, Monchi spoke about the incredible support we received inside the Benito Villamarín: "If we were good on the pitch, then are fans were even better off it where we were in the minority. They really silenced the home fans in the last twenty minutes. It reminded me of the final in Basel where we were also in the minority. We felt the support and the players noticed it too".