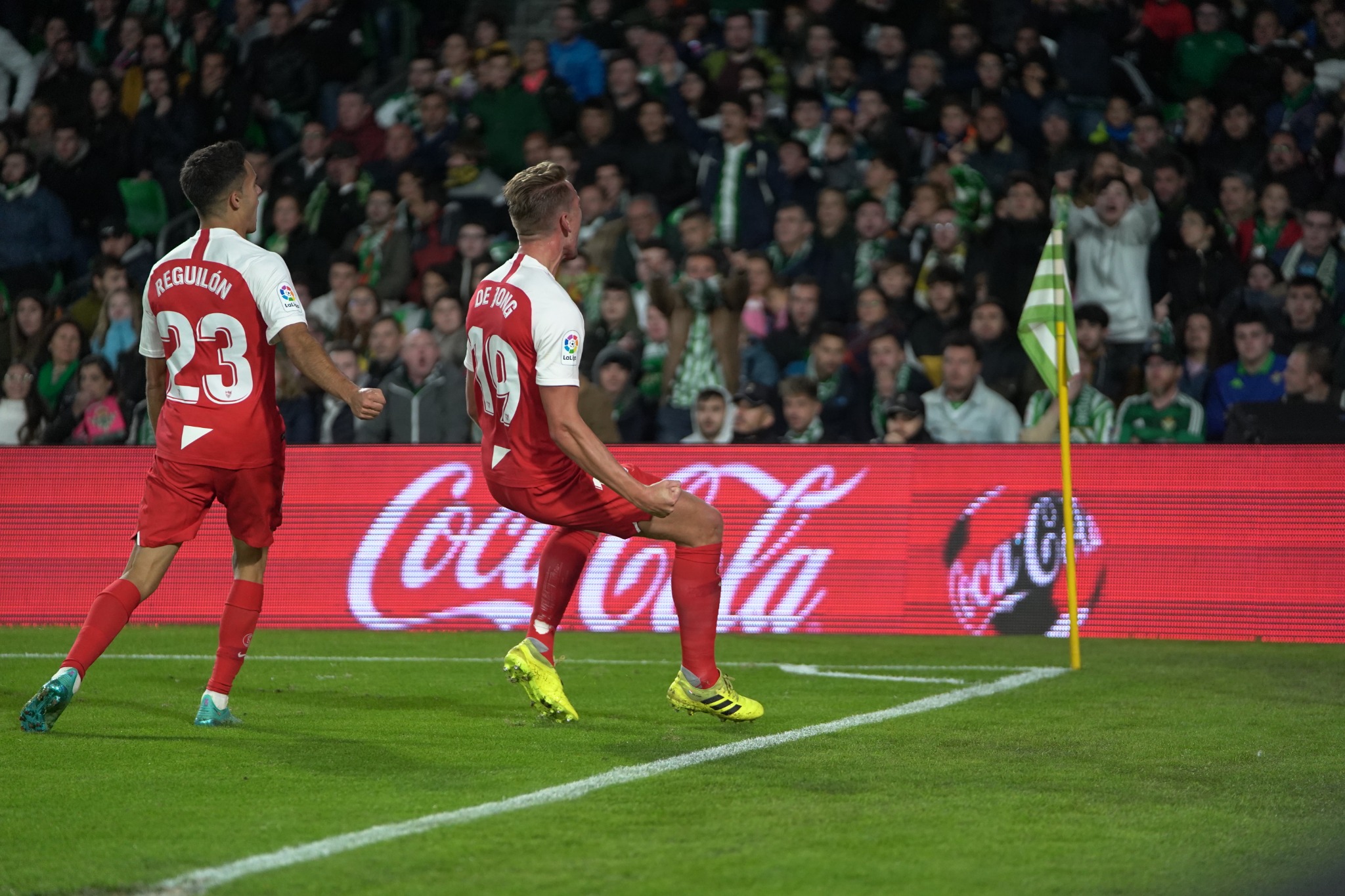 1-2: SEVILLA WIN THE DERBY IN HELIÓPOLIS WITH PASSION AND COURAGE

Sevilla FC conquered Heliópolis. In an equal and intense game of football, Sevilla took home all three points as the exacted revenge for last year's defeat. Sevilla FC opened the scoring with a great goal by Ocampos, however, Betis drew level on the stroke of half-time through Loren. In the second half, they went through a lot but after a piece of quality from Banega and a sublime pass through to De Jong, the dutchman finished in style to give Sevilla the win. They had to suffer and were under the cosh for a lot of the remainder of the game, but stood firm so that the lead didn't slip away from them again. Then again; derbys aren't about playing football; they're about winning.

The derby got underway under a fierce atmosphere. Fekir's nearly made the breakthrough after an error by Reguilón, but the French international couldn't find the back of the net. Sevilla replied not long after when De Jong, who was found brilliantly, directed a header towards goal but it was saved well by Joel. Sevilla were dominating the game more and more and Nolito had an effort in the tenth minute, but the 'keeper was once again equal to the task.

The match was still pretty even, but Sevilla struck first and put themselves ahead on the scoreboard just before the 15 minute mark. A ball in the area broke to Ocampos who, after setting himself, struck a fierce left-footed strike that gave Joel Robles no chance. It was a great blow that Sevilla struck first, and then knew how to soak up the pressure as Betis found their way back into the game little by little. Ocampos had another attempt after 0-1, but, apart from that, there were no other major opportunities for Sevilla to increase their lead in the first half.

Even though they didn't create much for the majority of the first half, Betis struck late on. In the 44th minute, Loren equalised as he was alert to an Emerson knock down in the box, and got across his man to make the scores all level at the break. In fact, the home team could have maybe put themselves in front before the break after Álex Moreno had a good opportunity in the box; but Vaclík was on hand to save the resulting shot. The second half started much like the first one had ended, with Betis on top as they didn't want to lose their momentum, even after the 15 minutes spent in the dressing rooms.

Betis were intent on coming out and controlling the second half, so Lopetegui did not hesitate in bring on Franco Vázquez for Óliver Torres. Despite this, Betis seemed quite comforablt against a Sevilla side who struggled to keep hold of the ball. However, this type of game is where individual brilliance shines, and Éver Banega shone the brightest. Ten minutes into the second half, his through ball slipped in De Jong, who beat the offside trap and fired the ball well beyond Joel's reach. A top quality goal, and one which caused complete bedlam amongst the small, sell-out contingent of Sevillistas up in the gods.

The toughest spell of the game was yet to come and Betis, with nothing to lose, pushed up and made attacking substitutions: with Joaquín, Tello and Borja Iglesias all coming on. Betis fired a few warning shots, kept the ball and created chances; even though they didn't test Vaclík a great deal. However, he did have to make a vital save midway through the second half. Joaquín's cross found Álex Moreno, but his shot was superbly saved by the Czech international. Sevilla began to sit deep and Lopetegui brought on Gudelj to sure up the defence. Banega then suffered an injury and was replaced by Joan Jordán. Sevilla stood firm and held on for another win. The three points take Sevilla into the Champions League spots ahead of next week's international break. 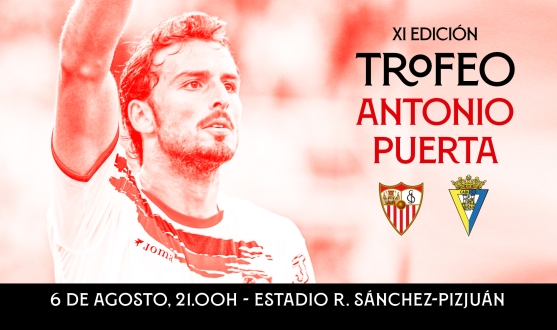 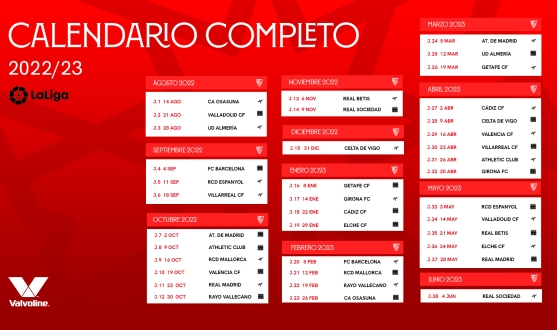 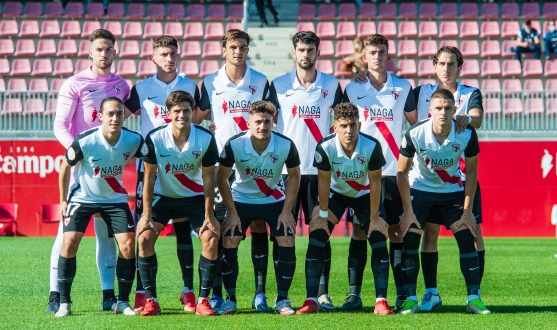