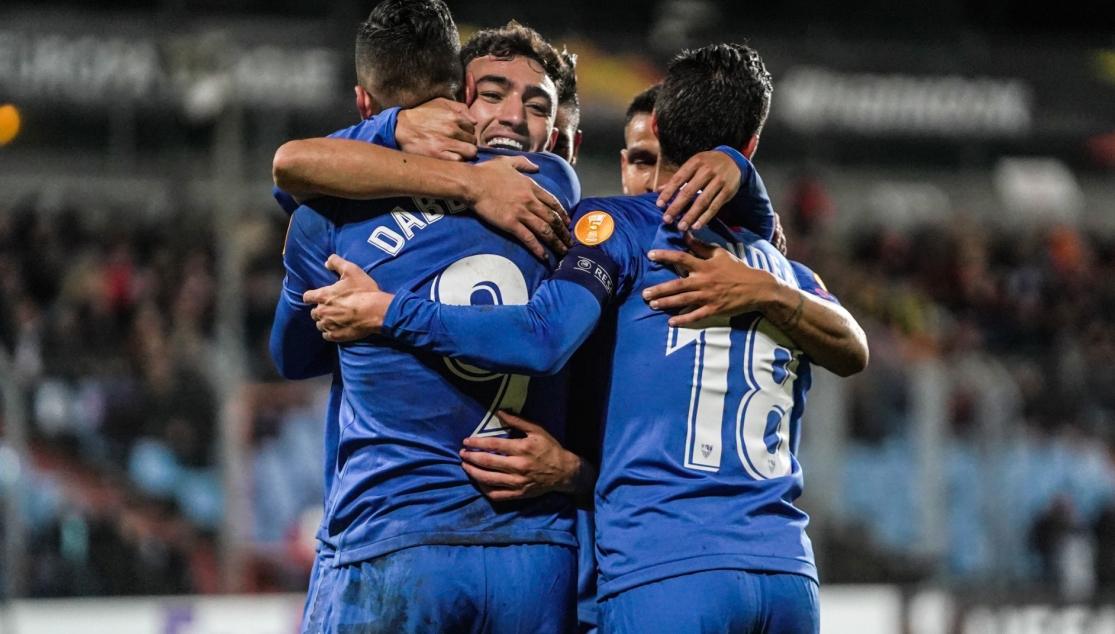 Sevilla FC reached different landmarks on Thursday night after their victory over F91 Dudelange in the Europa League. In addition to bringing up 200 official European matches, playing in Luxembourg for the first time ever and securing their qualification for the knockout stages of the Europa League, the team from Nervión achieved something that they hadn't previously done in a European competition. During the 20th century, Sevilla FC didn't have the opportunity to play in any league formats in Europe, something which they eventually got to do in 2004/05 when they qualified for the UEFA Cup. They also did this with the new format of five teams per group, and only playing each opponent once.

During this format, only four games were played before reaching the knockout stages, a format which Sevilla took part in four times. Here, Sevilla never managed more than two straight wins, something which left them some way off the 100% record mark. They neither achieved such a feat in their Champions League years, even though they did come very close. During the 2007/08 season, they lost away to Arsenal in Matchday 1, but won the remaining five to finish on top of the table.

In the 2009/10, 2015/16 and 2016/17 seasons - in the Champions League, they achieved a record of three, one and three consecutive victories in the first four matches, respectively. The other seasons, in which Sevilla were in the Europa League, they never achieved this mark. In the 2010/11 and 2018/19 seasons, they achieved 10 points out of 12; and in the 2013/14 and 2014/15 campaigns, they were sitting on 8 points after the first four matches. This all leads up to the current campaign, the first in which they have won their opening four matches in the group stage of a European competition.

Even though the team has already qualified as group winners, the pressure of finishing off the group stages with a 100% record will still be there. This achievement of finishing a Europa League group with dropping a single point isn't something new. Sevilla, if they managed it, would become the first Spanish side to do it since the format changed to four teams, and six games in total. In fact, Lopetegui's men are the only team that can still do it this year as the other 47 teams have all dropped points along the way.

First team
ALFONSO PASTOR: "LOPETEGUI TRIES TO HELP US IN EVERYTHING AND GIVES US ADVICE"
Leer más
END_OF_DOCUMENT_TOKEN_TO_BE_REPLACED