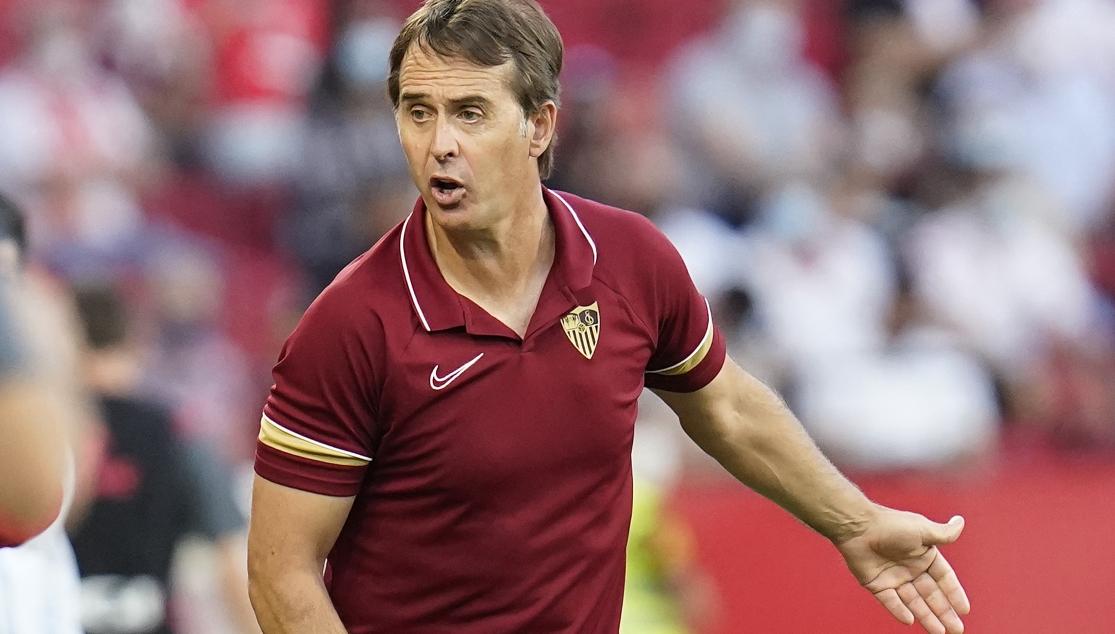 In LaLiga away from home he has a spectacular 50% win rate, with 21 won from 42 played

The win yesterday afternoon by Sevilla FC against RC Celta leaves, as always after a victory, a great taste in the mouth in the travelling Sevilla group, as it means three more points after the first defeat of the season at Granada. It also strengthens their place in the Champions League in the league sill with a game to play against FC Barcelona. The goal from Rafa Mir, helped Julen Lopetegui to his 70th win for Sevilla since arriving in the 2019/20 season, from a total of 118 games, with a win percentage of 59% and a majestic unbeaten rate of 81%, which makes him the coach with the highest win percentage in history.

Breaking it down by tournaments, the Sevilla FC coach has managed the red and whites in 84 LaLiga matches, managing 48 wins. This is a 57% win ratio and an 81% unbeaten rate adding to twenty draws few defeats, just sixteen. In Europe, Lopetegui has overseen ten games in the Champions League, winning four of them and drawing another two, while in the UEFA Europa League he has been victorious in an incredible nine out of twelves games, a 75% win ratio and a 92% unbeaten rate. At the same time in the Cope del Rey 82% of games have been wins, with nine from 11 played.

Lopetegui has managed up until now 48 wins in LaLiga, 4 in the UCL, 9 in the UEL and 9 in the Copa del Rey

Furthermore, against the Galicians another greatly significant statistic for Sevilla FC and Julen Lopetegui, was obtained with the game in Vigo, with his 21st victory away from home in LaLiga from a total of 42, which means that Sevilla win one out of every two games away in the league. Lopetegui managed nine victories as the away side in LaLiga in 19/20, increasing it to ten last season and adding two so far this term in 2021/22. The next upcoming challenge for the Basque coach with come on Wednesday with the visit to LOSC Lille on the third Champions League matchday.

First team
LOPETEGUI: "WE ARE HOPEFUL IN THE CUP BUT WE KNOW THAT THERE ARE NOT SECOND CHANCES"
Leer más
END_OF_DOCUMENT_TOKEN_TO_BE_REPLACED