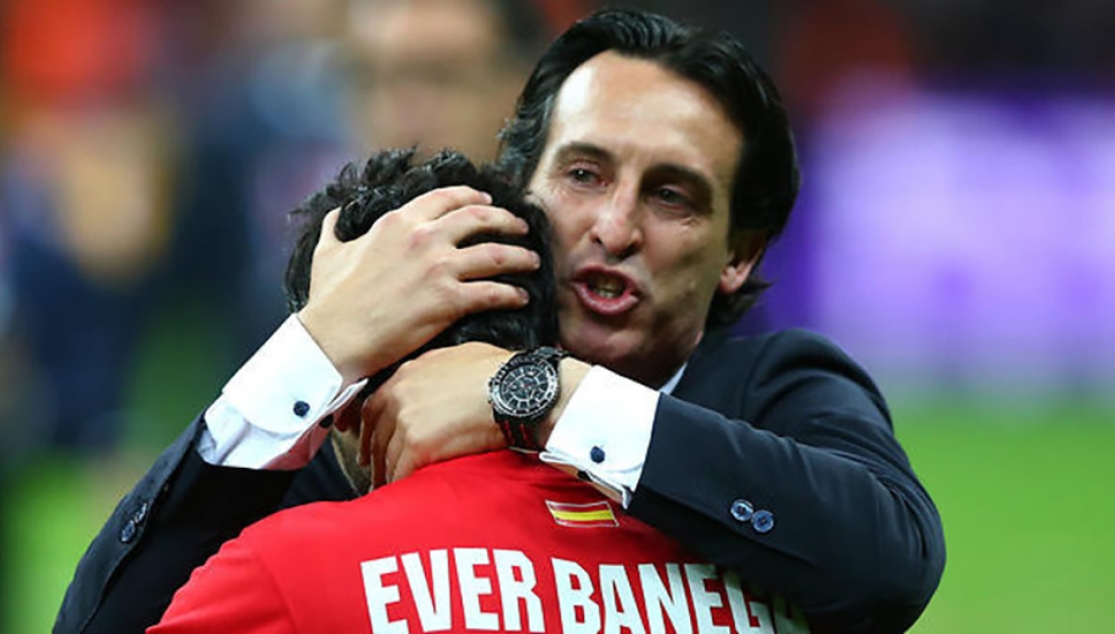 WHAT EMERY TOLD BANEGA DURING THE SEMI FINAL WIN AGAINST SHAKHTAR

"Tell me what we can do to make you feel more comfortable, Éver"

Éver Banega, during his interview with official Sevilla FC media, received messages of praise after reaching 200 games at the club, but one very special, surprising message came from Unai Emery: "I was lucky to manage Banega during two spells and it was a pleasure. I remember the semi final against Shakhtar Donetsk. We were drawing 1-1 and I said to him at half time, 'Éver, come to my office. The match is in your hands and your feet. Tell me what we can do to make you feel more comfortable, we need you in the second half'. We won 3-1 with everyone playing well, especially him".

"I told Monchi that Banega would get the fans at the Sánchez-Pizjuán off their feet", Emery mentioned in his message

"His qualities make the ball pop up in good places for teammates who are nearby, and they play well in other phases of the game. He found a place where people understand him and enjoy watching his football, that is the Sánchez-Pizjuán. When he arrived, I let Monchi know that this player would get the fans on their feet in many matches. On a personal level, he showed me a lot and I hope that he keeps enjoying his football, just as I do but from afar".

The man from Rosario, upon hearing this, was full of praise for Emery, one of the most important figures in his career: "I did not expect this, he is phenomenal. He was very important in my career and I am very grateful for what he has done for me. He knew how to get on with the players and he would tell you off if he had to. He had a clear idea. He did his utmost, we watched thousands of videos and you went into the match with a lot of information, an advantage.

First team
THE BANEGA FAMILY, WITH THOSE MOST IN NEED IN ROSARIO DURING THE PANDEMIC
Leer más
END_OF_DOCUMENT_TOKEN_TO_BE_REPLACED