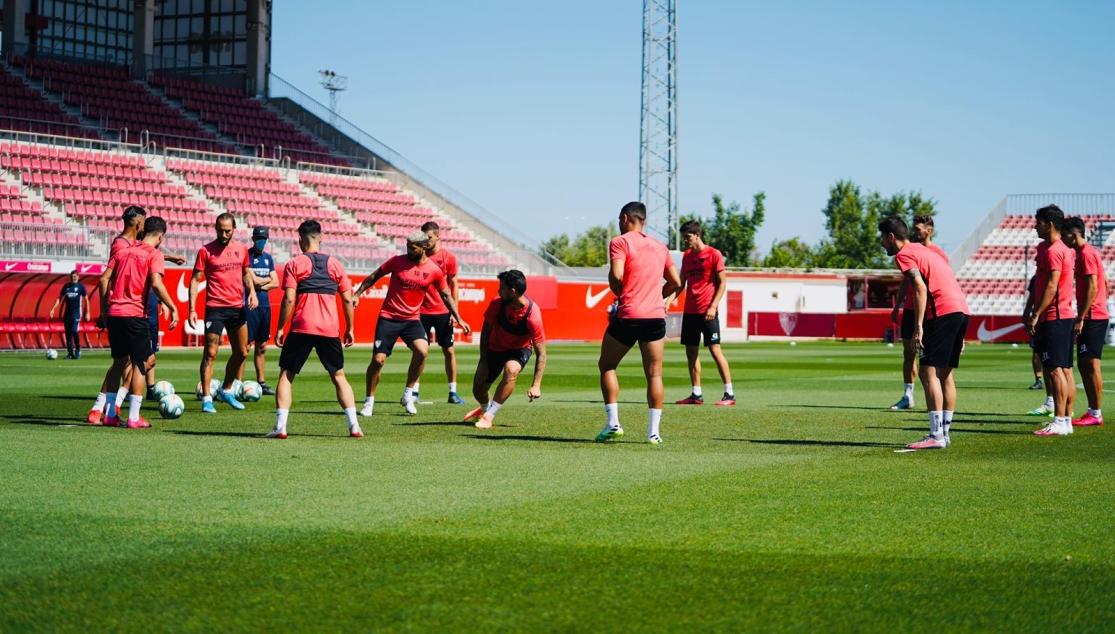 TEN HOURS LATER, LOOKING AHEAD TO THE NEXT CHALLENGE

The wait was long, but now the competition is back, it's going at a breakneck speed. Sevilla FC have already begun their preparations for its fourth match after the break and they had their first of two training sessions for that match this morning.

As is normal after a match, Julen Lopetegui met with his players at the Jesús Navas Stadium to talk about the main aspects of last night's draw. From then on, those who featured trained lightly before going to the gym, while the rest of the side trained on the pitch before temperatures began to soar.

Tomorrow will be the final opportunity for training before Monday's match against Villarreal at Estadio de La Cerámica. After Sunday's session, the Basque manager will speak to the press before the side travel to Castellón.