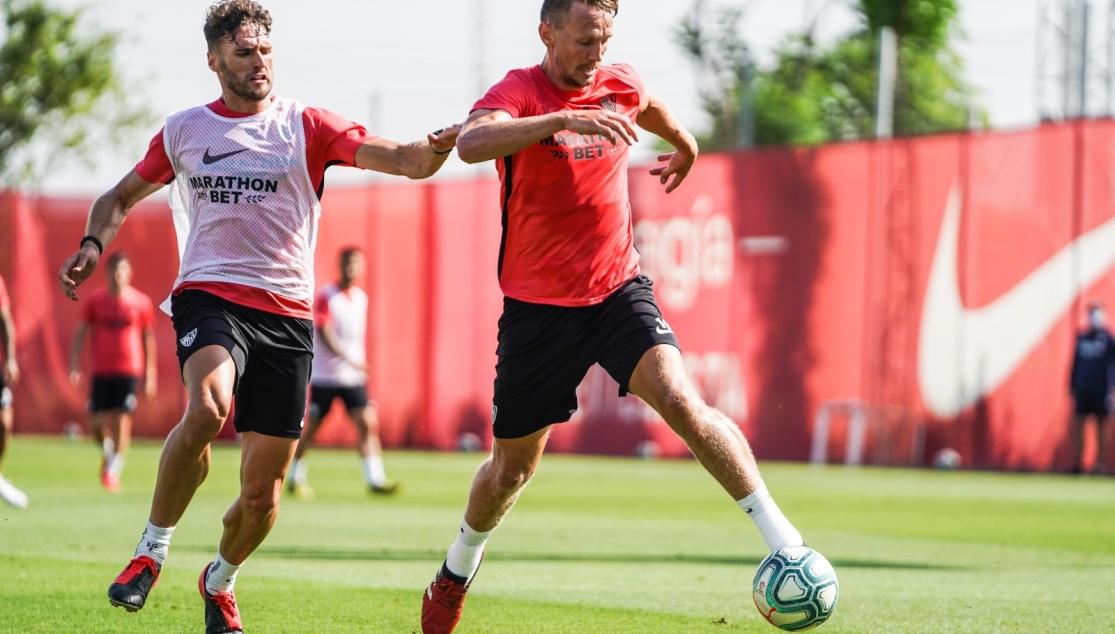 FIRST TRAINING SESSION WITH THE WHOLE SQUAD TOGETHER

Sevilla FC have trained for the first time as a full squad since March at the Ciudad Deportiva José Ramón Cisneros Palacios, as part of the next phase of LaLiga's protocol. This final phase allows for the whole squad to train together, after earlier phases only permitted individual training or small groups to train together.

Julen Lopetegui, just a few hours after the official confirmation of the kick off time for Sevilla FC vs Real Betis from LaLiga, set up a practice match between the first team players, as the countdown towards the derby continues.