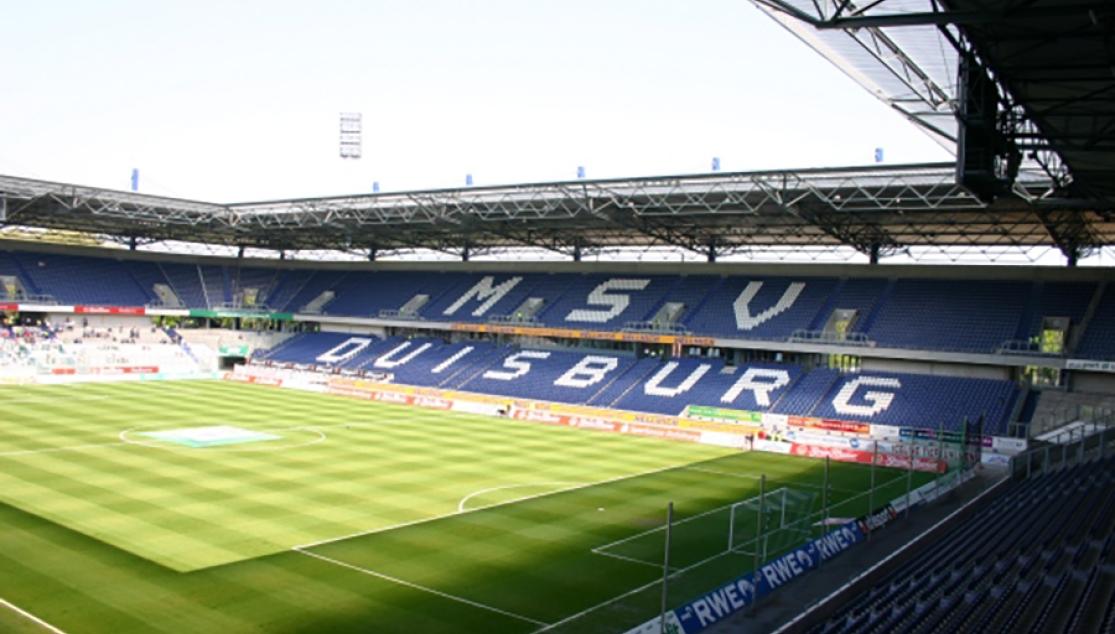 MSV ARENA: THE TENTH GERMAN STADIUM WHERE SEVILLA FC WILL PLAY IN AN OFFICIAL MATCH

The unusual part: it will be against an Italian team, Roma, and a one-legged knockout tie in the UEFA Europa League, which has had to change due to the pandemic

Sevilla FC will travel to Germany next week to play at the MSV Arena (Duisburg), the tenth German stadium that the Nervionenses will play at in their European history. And they will do so to face AS Roma, an Italian side. This is all due to the changes that UEFA have had to make due to the worldwide Covid-19 pandemic, as the UEFA Europa League was temporarily postponed.

The Schauinsland-Reisen-Arena (known as the MSV-Arena in European competition) will be the tenth German stadium that Sevilla FC have played at in an official match. The first match on German soil was at the Betzenbergstadion (Kaiserslautern), the old name of the Fritz-Walter-Stadion. Sevilla FC played their in the Round of 16 of the 1983/84 UEFA Cup, where they were beaten by Kaiserslautern.

The second match forms part of the club's golden era. It was early on in the 2005/06 UEFA Cup as Sevilla FC faced Mainz 05 in the Third Qualifying Round, a side who were then managed by Jürgen Klopp. The match was played at the Commerzbank-Arena (Frankfurt). A brace from Kanouté allowed the Nervionenses to progress.

Later on that season, the Blanquirrojos would return to Germany, for a semi final against Schalke 04 in April. The first leg was a goalless draw at the Veltins-Arena (Gelsenkirchen), before the famous second leg in Sevilla on Feria Thursday. Sevilla FC would go on to progress to the final and lift their first piece of European silverware.

For the fourth visit to Germany, it was a trip to the Mercedes Benz Arena (Stuttgart) for a Champions League night in October 2009. It was the third match of the Group Stage and Sevilla FC did their homework before facing Stuttgart, beating them 3-1 with a Squillaci brace and a Navas goal.

The fifth visit came just a year later, with a trip to the Signal Iduna Park to face Borussia Dortmund in the UEFA Europa League Group Stages. It was Gregorio Manzano's first match in charge and, again, Sevilla FC were facing a Jürgen Klopp side. Cigarini scored the only goal of the match to secure a win for the Nervionenses.

The next trip, again, just a season later, left a sour taste. It was another UEFA Europa League match, but this time it was in the qualifiers against Hannover. The Blanquirrojos lost 2-1 in the first leg at the AWD Arena, but a 1-1 draw in Nervión meant that the European dream that season was over.

The 2013/14 season brought the next visit to Germany, facing Freiburg at the Mage Solar Stadion in the final match of the UEFA Europa League Group Stages. The Nervionenses won 2-0 that night, with goals from Iborra and Rusescu.

The next stadium is the Borussia Park (Mönchengladbach), a stadium which Sevilla FC visited twice in two seasons. The first of them came in the 2014/15 UEFA Europa League Round of 32. The Nervionenses, who had won the UEL the season before in Turin, did not slip up in Germany, winning 3-2 on their way to another Europa League trophy. They returned to Borussia Park less than a year later, in November 2015, but this time it was in the Champions League. A 4-2 defeat meant qualification for the UCL knockouts was impossible, but Sevilla responded by winning a fifth UEFA Europa League in Basel.

The last visit came in 2018, against Bayern Munich at the Allianz Arena

The most recent visit to Germany took place two years ago. After knocking out Manchester United at Old Trafford in the Round of 16, Sevilla FC visited the Allianz Arena (Munich), where Bayern awaited. The first leg there was a 2-1 loss, before a goalless draw sealed the Nervionenses' fate.