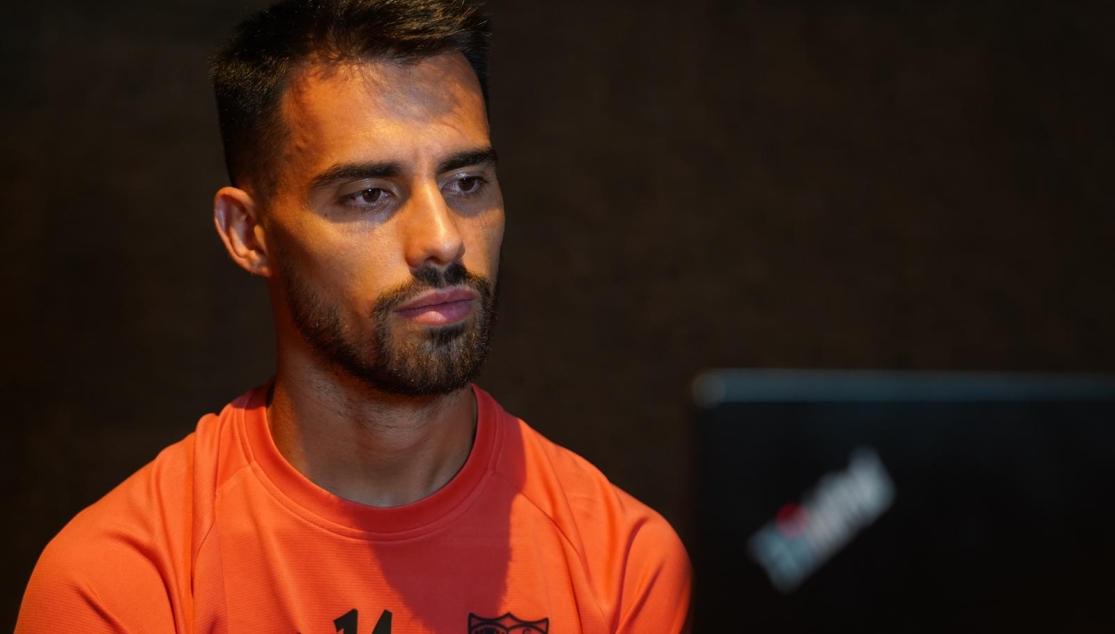 SUSO, ON SFC RADIO: “WE'RE THE BEST AT COMPETING”

Jesús Joaquín Fernández, Suso, featured on ‘Sólo el Sevilla’, on SFC Radio on Thursday, where he spoke about the team, Gudelj's long-awaited return to the group and, of course, Sunday's semi final against Manchester United: "We're doing well, mentally well, these two games have given us confidence. Now comes the hardest part: when you play two very good games, the hardest part is to keep pushing. We have a very good opponent against us on Sunday, but we have to keep on doing what we are doing", he began.

Against Roma and Wolves, Sevilla FC, with Suso starting, turned in two great performances, something that he did not want to overlook during the interview: "Against Roma yes, we did a very complete match. The other day too, and Bono did us a favour because, if Wolves had scored, the match would have been quite difficult because they're an opponent who dropped back well. We were very good in the two matches".

Now it's time to do the same in the third match, against Ole Gunnar Solskjær's side: "They have very good players, they're a very complete side that are at their best. But more than focusing on them, we have to keep doing what we did against Roma and Wolves, getting stuck into the game and competing, because we're the best at competing".

"We have the obligation, desire and strength to conquer the UEL"

Suso believes that "We have the obligation, desire and strength to conquer the UEL, because we know that Sevilla FC have always done that well in this competition. No one wants it more than us". That is something that they hope to do for all the Sevilla fans, who cannot be with the team at the moment: "People would like to be at such nice matches. It would be beautiful to win it for the people who are at home and can't be with us".

On a personal note, Suso is only thinking of helping the team and was pleased to see Gudelj back in training with the squad: "It's important that he's recovered, it's a joy to have him with us. He has missed two very nice matches. This has come at the worst time, because these two weeks have been very different and he has had to work apart, but I am sure he has worked well".