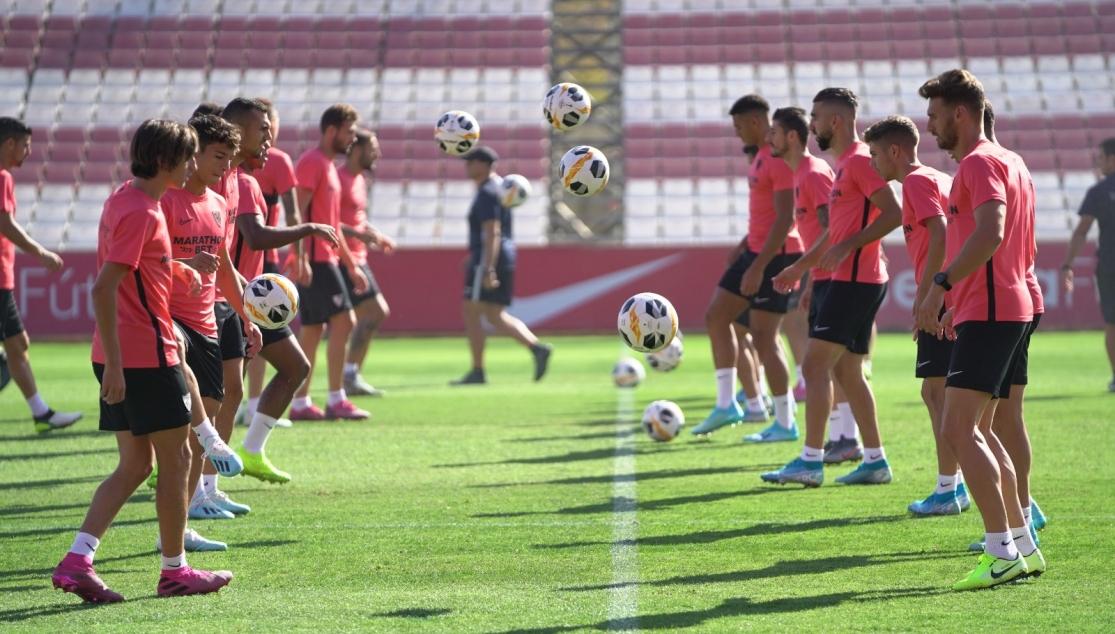 Escudero, who missed the match against Real Sociedad, trained with the group

Sevilla FC got back to work on Tuesday morning at the Estadio Jesús Navas at the Ciudad Deportiva José Ramón Cisneros Palacios. After the official team photo was taken this morning, Julen Lopetegui's side trained after a rest day on Monday.

The squad are already preparing for the visit of APOEL Nicosia on Thursday at 21:00, the second match in the UEFA Europa League Group A. Sergio Escudero was back in training, after he missed the match against Real Sociedad on Sunday due to a knock.

First team
THE BANEGA FAMILY, WITH THOSE MOST IN NEED IN ROSARIO DURING THE PANDEMIC
Leer más
END_OF_DOCUMENT_TOKEN_TO_BE_REPLACED