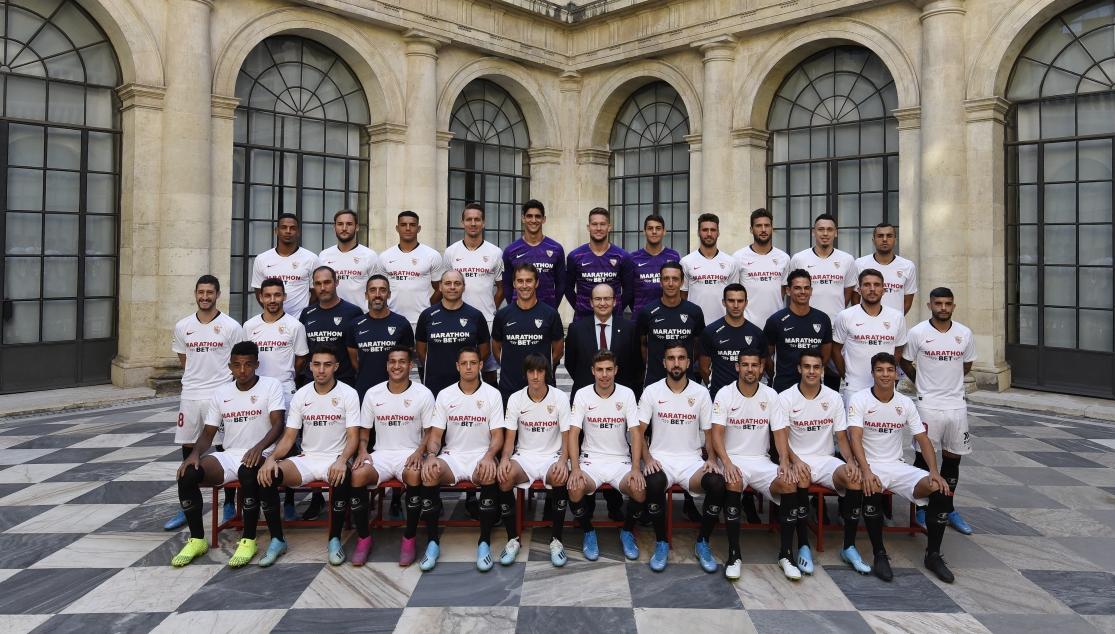 This monument in the city holds the exposition for the first 'journey around the world', which took place five hundred years ago and was carried out by Magallanes and Elcano between 1519 and 1522

Another year on and Sevilla FC continues to have their official team photo taken at an important place or monument in the city. Every season, the location for this photo changes. This time, the club wanted to recognise the history of the capital of Andalusia. This year marks the five hundredth year anniversary of the beginning of the first 'journey around the world' which set off from the old 'Muelle de las Mulas' on the River Guadalquivir. The expedition was led by Fernando de Magallanes, which started in 1519 and finished in 1522 under the leadership of Juan Sebastián Elcano; after Magallanes passed away in 1521, during the Battle of Mactan in the Philippines. 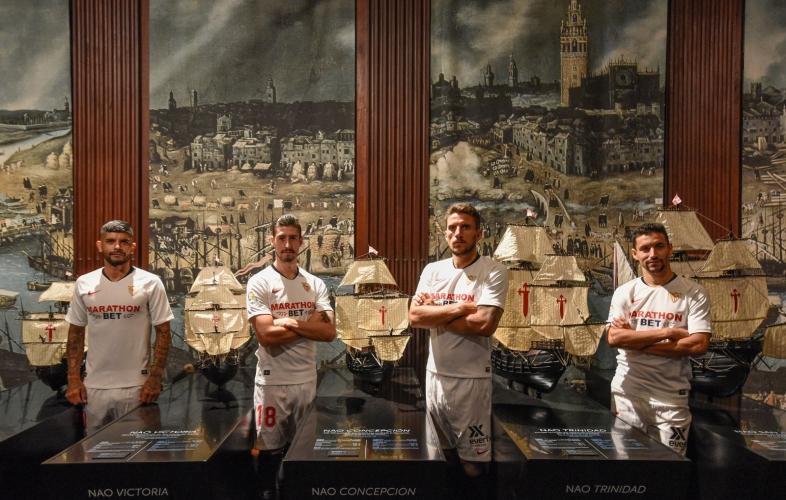 This Tuesday, the photo was taken in the inside courtyard of the 'Archivo General de Indias', a building opened in 1785 which served as the only place in order to acquire documentation concerning the administration of Spanish overseas territories. Up until this point, the administration was divided between Seville, Cádiz and Simancas. From today and until February next year, the 'Archivo de Indias' will host the exposition of 'El viaje más largo: la primera vuelta al mundo', which, with a lot of original documents, will explain the details of that sailing feat, which started and ended in Seville.

First team
THE BANEGA FAMILY, WITH THOSE MOST IN NEED IN ROSARIO DURING THE PANDEMIC
Leer más
END_OF_DOCUMENT_TOKEN_TO_BE_REPLACED