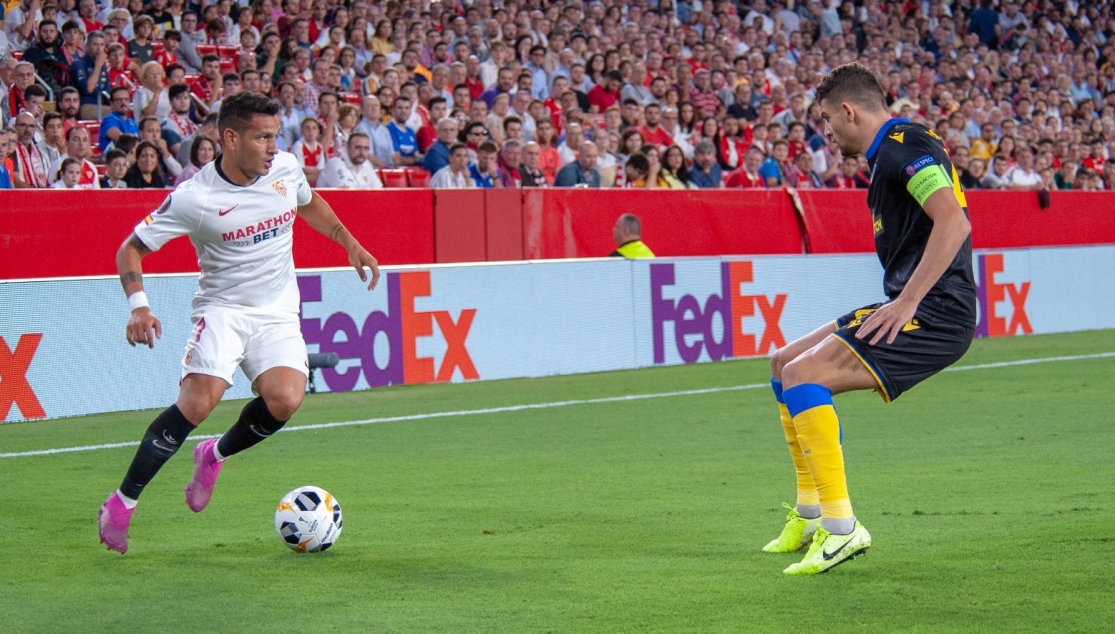 RONY LOPES: “WE WERE MISSING THAT SECOND OR THIRD GOAL"

The winger, just like Chicharito, made his home debut against APOEL

Rony Lopes spoke to the media after he made his first start as a Sevilla player at home, in Thursday night's victory over APOEL: "We are very happy with the victory. Nowadays every team is good and each game is difficult. Just because they come from Cyprus doesn't mean that it is going to be an easy game. We were missing that second or third goal, but we played well and deserved the win".

First team
THE BANEGA FAMILY, WITH THOSE MOST IN NEED IN ROSARIO DURING THE PANDEMIC
Leer más
END_OF_DOCUMENT_TOKEN_TO_BE_REPLACED