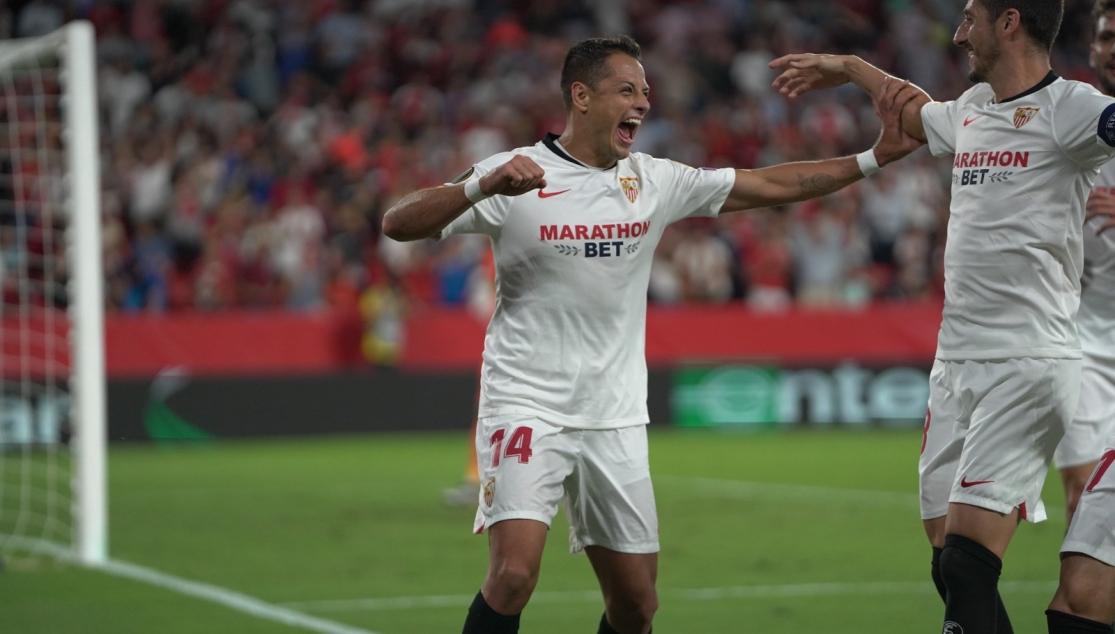 1-0: CHICHARITO'S GOAL WAS ENOUGH TO SECURE A SECOND WIN IN THE GROUP STAGES

Bono made his debut, and had very little to do in the 90 minutes

Sevilla FC picked up a 1-0 win against APOEL at the Sánchez-Pizjuán in the second match in UEFA Europa League Group A. Lopetegui's men were in complete control for the entirety of the match, denying APOEL the chance to test Bono, and Chicharito's goal in the first half means Sevilla lead the group with six points out of six.

It was total domination from Sevilla in the first 45 minutes, starting as soon as the Dutch referee Nijhius blew his whistle. Almost immediately, the Nervionenses pushed up and lurked around the box. The Cypriots barely managed to get out of their own half, and were unable to test Bono, who was basically unseen during his debut in the Sevilla jersey.

The Mexican's goal came after a flowing move, with Munir laying it on a plate for the striker

In the 16th minute, while the stands were singing their tribute to Antonio Puerta, Lopetegui's men pulled off a fantastic team move in the final third, with five players involved. The ball ended up on the left wing and Munir whipped in a low, powerful cross for Chicharito, who once again scored in the UEFA Europa League. Before the break, Jordán put a shot just past the post, which had Belec beaten. It could have been a second goal for the home side.

In the second half, it was much more of the same. Sevilla were the team on top and dominating possession, constantly prowling around the opponent's half, although they did not cause the APOEL goalkeeper too many problems. A long shot from Gudelj with around 20 minutes remaining was the closest Sevilla got to extending the lead, although this was not down to a lack of trying on the wings, through both Pozo and Bryan Gil, who came off the bench.

Bono did not have much to worry about on his debut

The Cypriots, who barely posed a threat throughout the game, made a rare foray into Sevilla's half and applied some pressure on Lopetegui's men, but only managed one shot which flew over the bar. The last 15 minutes of the game were pretty uneventful, as Sevilla did not feel the need to push for a second goal, with the three points already secured after Chicharito's goal.

Sevilla will travel to Barcelona on Saturday ahead of their clash against FC Barcelona at 21:00 on Sunday night, the eighth match of the LaLiga season.

REFEREE: Bas Nijhuis, from the Netherlands. Jakolis and Vázquez were booked.