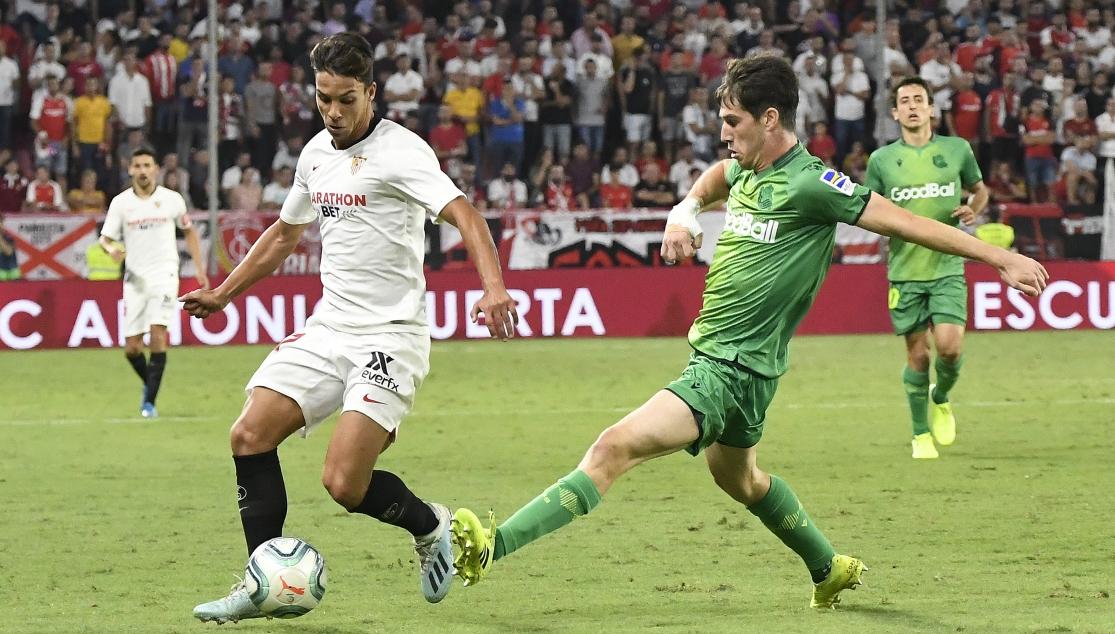 Real Sociedad have 17 points from 30 away from home, with five wins and two draws

Another Saturday, another match for Sevilla FC. The Nervionenses welcome Real Sociedad to the Ramón Sánchez-Pizjuán in matchday 18 of La Liga. Sociedad currently find themselves in fourth spot, three points ahead of Sevilla, but they have played three more games. Imanol Aguacil's team arrive in Nervión as the second best away team in the league.

Sociedad have seventeen points from the thirty available away from the Reale Arena. In nine games they have five wins and two draws - only Real Madrid better this record. They fare better away from home but also have a respectable tally at the Reale Arena with 13 points coming from three wins and four draws, placing them ninth overall in the league in terms of home form.

The team from San Sebastián put up very impressive goal scoring and conceding figures away from home. Sociedad have scored fifteen goals away from home, the highest in the league joint with Real Madrid. They have also only conceded six, level with Sevilla, and just behind Atlético Madrid. At home, they have scored three less, twelve, and conceded one more. Alguacil's men arrive in Seville after getting back to winning ways with a 2-1 win in the Basque Derby against Athletic Club - they had previously lost back-to-back games against Barcelona and Valencia.

The last match between the two teams at the Sánchez-Pizjuán took place in September 2019. Sevilla came out on top that day, coming back from an early setback to win the game 3-2.

First team
LOPETEGUI: 'IF YOU DON'T SCORE AND LET THE GAME GO ON, THESE THINGS HAPPEN'
Leer más
END_OF_DOCUMENT_TOKEN_TO_BE_REPLACED