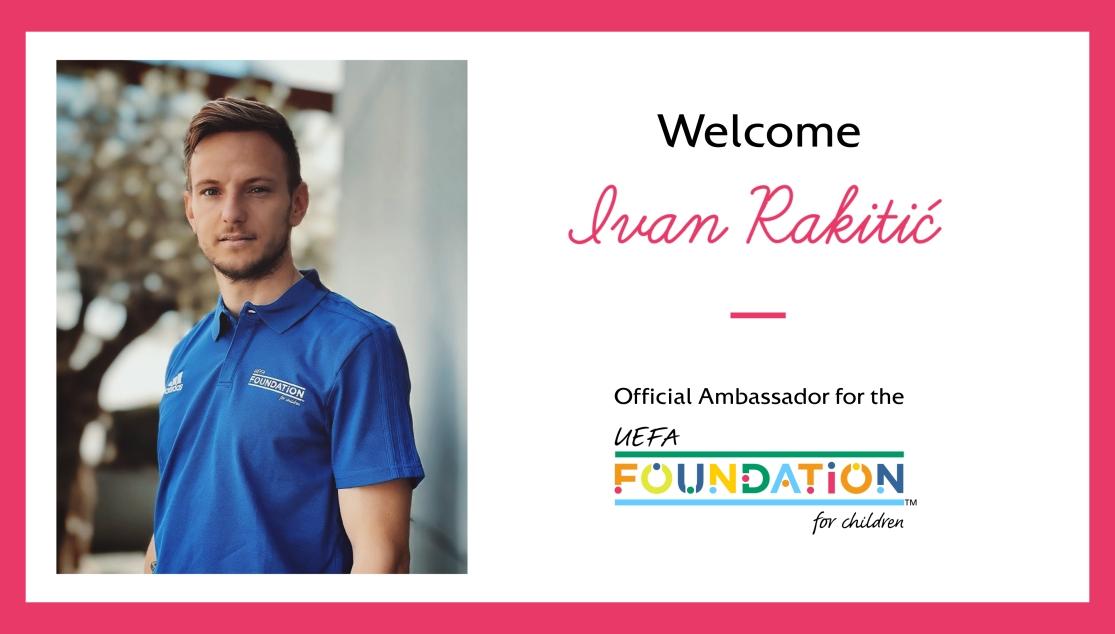 IVAN RAKITIC BECOMES AN AMBASSADOR THE UEFA FOUNDATION FOR CHILDREN

The UEFA Foundation for Children has announced this Wednesday morning that Sevilla midfielder Ivan Rakitić is to join the organisation as its first official ambassador. The former Croatian international will have the opportunity to take part in UEFA Foundation-led initiatives, as well as promoting the good work undertaken by the body to help improve the lives of children worldwide.

“To be a part of the UEFA Foundation family gives me a lot of pride,” Rakitić explained. “I’m really happy about it, and it gives me a lot of responsibility to show everyone that together with the UEFA Foundation and all the players we can accomplish a lot and, above all, help children all over the world smile with joy. The fact that I’m a father of two girls means that I know and understand how important it is to see that smile on children’s faces.”

UEFA president Aleksander Čeferin, who is also chairman of the board of the UEFA Foundation for Children, is delighted that Rakitić has committed his support to the organisation.“Ivan Rakitić is not only one of the greatest midfielders of his generation, he is also a person who wants to make a tangible difference away from the pitch in order to improve the lives of others,” said president Čeferin.

Having won the UEFA Champions League with Barcelona in 2015 and a year earlier the UEFA Europa League as captain of Sevilla, Rakitić also amassed over 100 caps for Croatia. While he has no immediate plans to hang up his boots, he already has one eye on a post-footballing career.

“I hope that I have many good years ahead of me on the pitch, but of course once I retire, I’m convinced that I’ll have more time and more opportunities to travel and be available," he said. "Obviously, I want to give [this ambassadorial role] my all from day one. But when that [retirement] day finally arrives, I’m sure that I’ll have more time [to take part in projects] and my excitement will only increase.