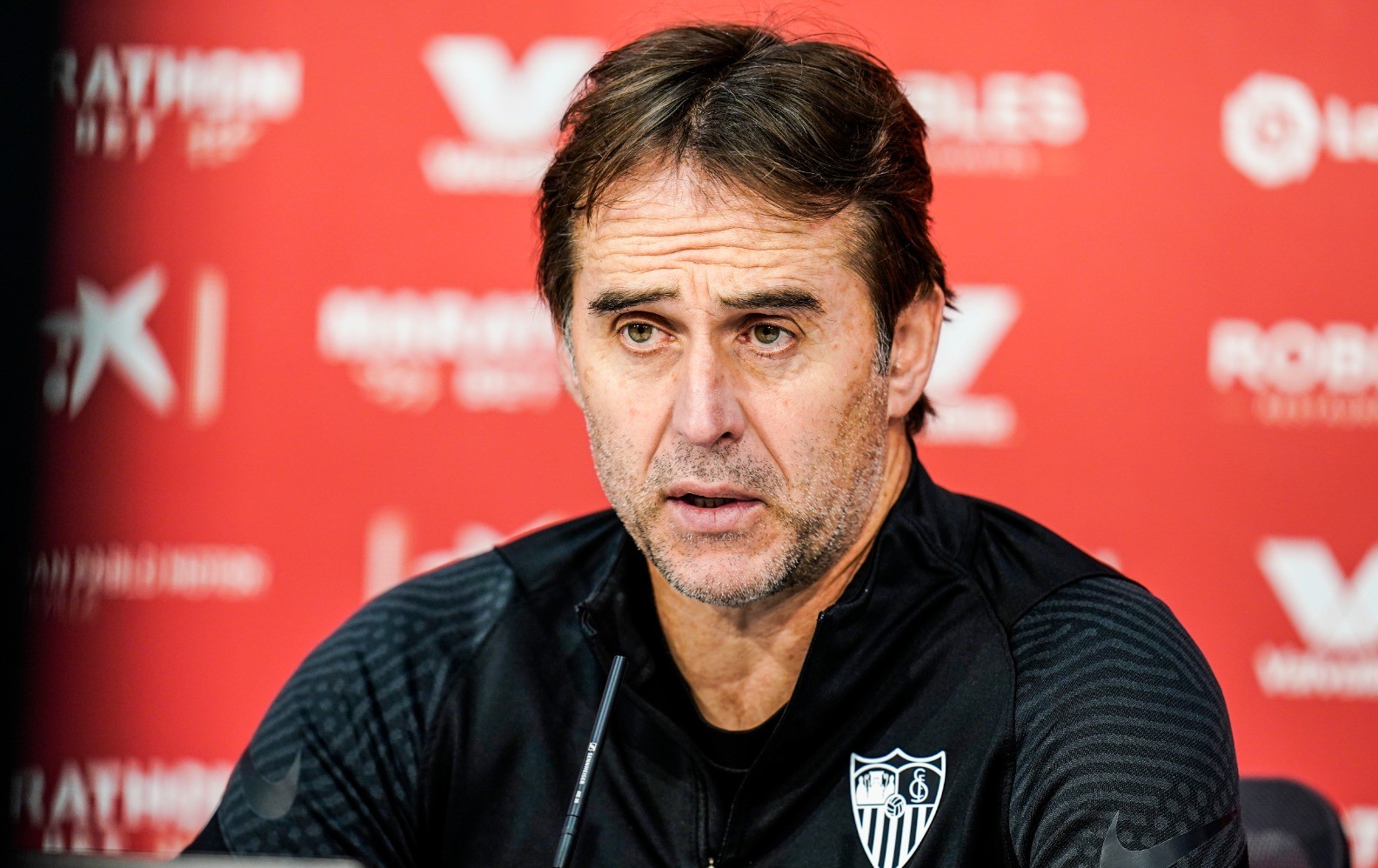 LOPETEGUI: 'BARCELONA HAVE SOME EXTRAORDINARY PLAYERS. WE ARE SO EXCITED FOR THE GAME'

Sevilla FC coach Julen Lopetegui appeared before the media this Friday afternoon in the pre-match press conference ahead of tomorrow's game against FC Barcelona. The coach began by saying 'I'm expecting a top team full of extraordinary players and the best in the world. We are very excited for the game, it will be incredibly demanding and we will have to be at our best in all departments, there's no other way to be against Barcelona. They have got some important players back and that adds to the quality they already had.'

Lopetegui was asked about the injuries to Suso and Ocampos: 'Ocampos won't be there, he hasn't been feeling good. We hoped he'd be fit but we'll have to wait. Suso completed training and we'll wait until tonight to make the call.'

'We will try to evolve our game beyond the last match, it will be a different encounter'

Talking about the last match against Barcelona in the Copa del Rey, Lopetegui said 'they will be two different matches, there's no doubt about that. We can use the last match as a reference point for what we did well and not so well, and so can they. We will try to evolve our game. We have to be ready for the kind of game I think we will have tomorrow.'

'There is no doubt about Barcelona's strength and quality. And they have the best player to have ever played the game.'

When asked about future matches, Julen responded: 'We don't think about what happened in the past or what can happen in the future, only what we have in front of us tomorrow. An exciting game where we will have to evolve our game to match them. That is our intention.'

To finish, Lopetegui spoke about the stat that Sevilla have only beat Barcelona three times at home in the league this century: 'That speaks of the strength and quality of the team, there's no doubt about that. They have the best players in the world in multiple positions and the best player to have ever played the game, Lionel Messi. That speaks of the difficulty of tomorrow's match and we are very excited for it.'

First team
LOPETEGUI: "THE ONLY WAY TO GET RESULTS IS TO BELIEVE IN WHAT YOU ARE DOING MORE THAN EVER BEFORE"
Leer más
END_OF_DOCUMENT_TOKEN_TO_BE_REPLACED