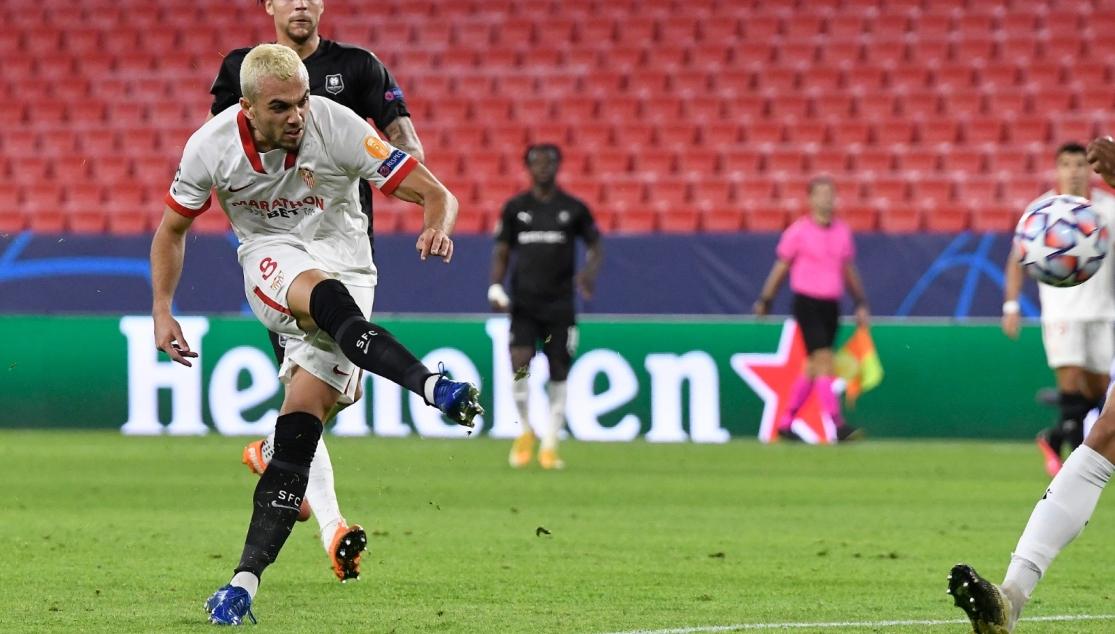 23-2: A RECORD NUMBER OF CHANCES CREATED AND ALLOWED IN THIS CHAMPIONS LEAGUE

Sevilla FC dominated Stade Rennais on chances throughout the 90 minutes, even if the scoreboard did not reflect that superiority

All the analysts agreed on one thing last night. On another night, Sevilla FC could have won by much more against Stade Rennais. However, some profligacy, an outstanding performance from Rennes' Gomis, and two shots against the bar meant the scoreboard did not go beyond 1-0. The score does not take away from the impressive nature of not only the offensive, but also defensive statistics Sevilla recorded last night.

Sevilla FC broke the record for chances created and allowed in a match in this current edition of the Champions League. Only one time has Sevilla had more chances than last night and, surprisingly, the match finished goalless. It was the first leg of the 18/19 UCL round of 16 against Manchester United at home. The team created 25 opportunities compared to the 23 shots taken last night against the French team.

These 23 chances make Sevilla the team to have taken most shots in a Champions League game this season. Thirteen were on target, with three excellent saves by Gomis. And Sevilla did not only excel offensively. Rennes only had two shots in the entire game, one in each half. That too is a record, with no team conceding less and only Manchester City equalling the feat after allowing only two chances on Tuesday night against Olympique de Marseille.