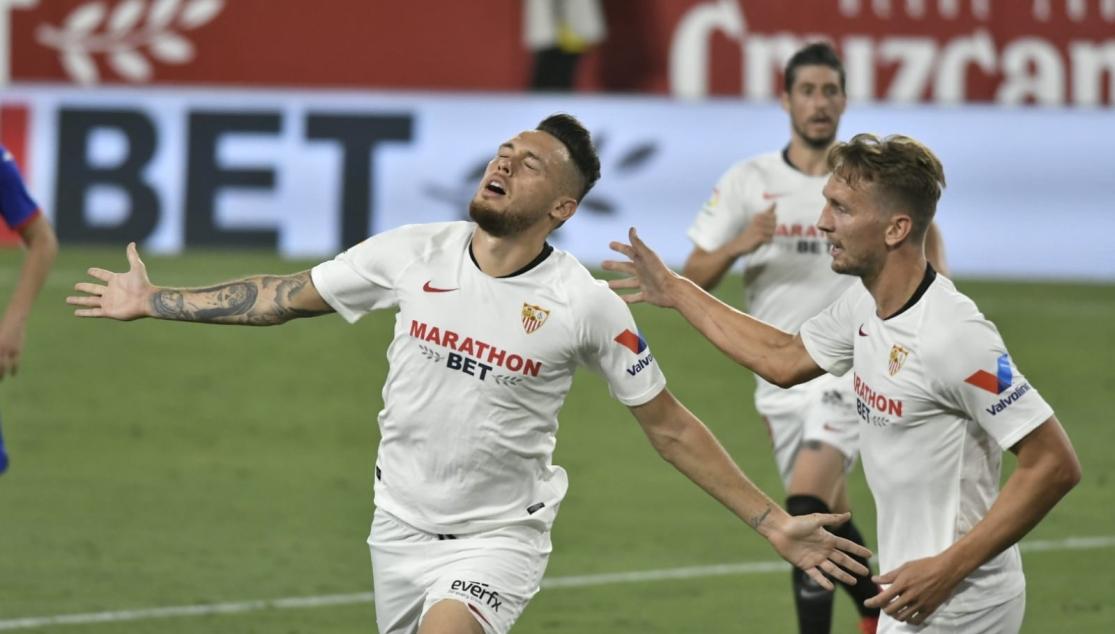 Lucas Ocampos was the hero in Monday's win over Eibar: "It was super important to win today, we knew it was the night to make the difference. When you win, when the team goes out with the mentality which it did today, we were all defending the result we wanted and we did".

After commenting on the difficulty of the match, he spoke about his decision to go in goal: "Sometimes it's tough because some teams sit back, but the important thing is that we won. When they said Tomas couldn't continue, I said that I was thinking that it would all be over quickly and it ended as it did. I'm going home more than happy".