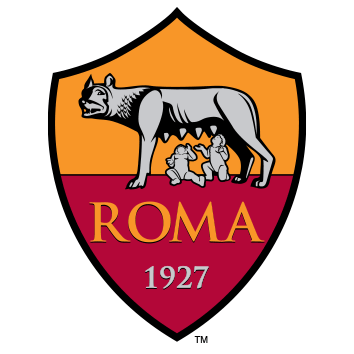 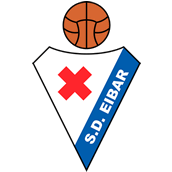 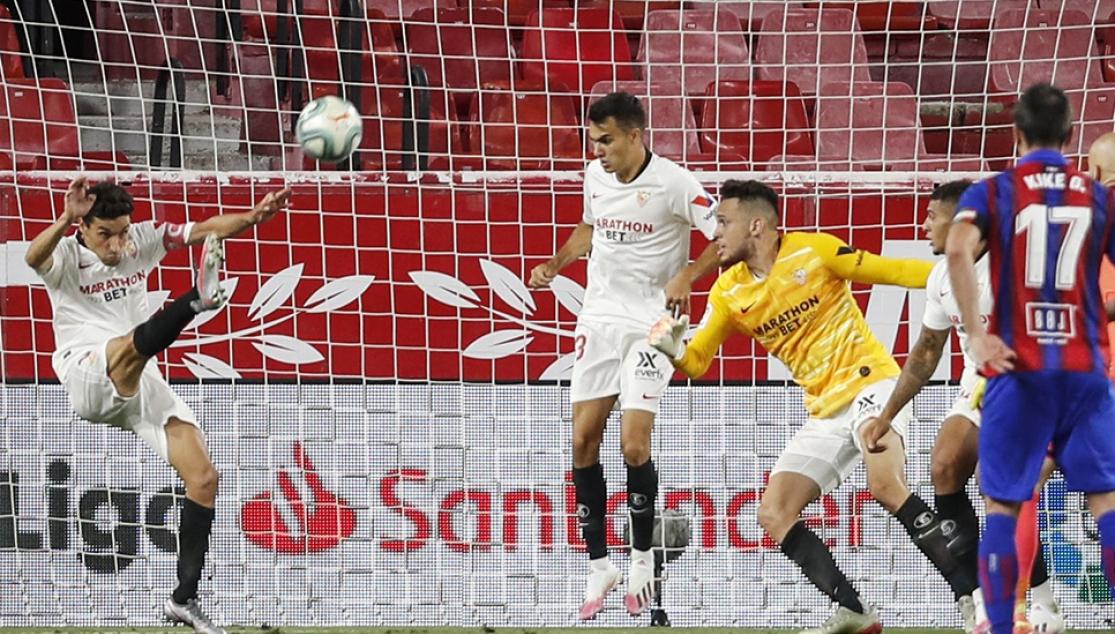 1-0: OCAMPOS SECURES A HARD-FOUGHT WIN IN THE BATTLE FOR CHAMPIONS LEAGUE QUALIFICATION

The Argentine scored the only goal against Eibar and made a last-minute save from opposing goalkeeper Dmitrovic. Sevilla are six clear of fifth with four matches to go

You could not have written a script like that for such an important match. Sevilla FC made a huge step towards the Champions League with a hard-fought win over Eibar. Lucas Ocampos was the star, scoring the only goal just before the hour mark before making a vital save from goalkeeper Dmitrovic in the last minute. No, that's not a mistake. Vaclík's late injury meant that Lucas Ocampos went in goal for a heart-stopping minute in added time, where he made the match-winning save. A happy ending for Lopetegui's men.

After a scorching day in the Andalusian capital, with temperatures of over 40 degrees, the nighttime kick off did offer some respite, but it was not enough. Sevilla noted the demands in the opening stages but they struggled to impose themselves on Eibar, who decided to press high up without creating chances, apart from one which Vaclík comfortably saved. Inui also had a chance on the half hour, but Sergi Gómez was alert to divert the ball out for a corner.

After the cooling break, the tables turned. Sevilla took control and went close to taking the lead. Ocampos had a big chance late in the half but was unable to convert. From the resulting corner came real controversy, as both the referee and VAR failed to spot a blatant handball by Burgos in the area. There was time for another chance as Ocampos went one-on-one with Dmitrovic, but the Argentine could not scored.

Sevilla were unable to settle after the break. In fact, Eibar went very close to going in front after a set piece which Burgos sent narrowly wide. Eibar let Sevilla off and paid dearly, as the Andalusians took the lead. A perfect cross from Jesús Navas on the right was met by Ocampos who fired beyond Dmitrovic for his thirteenth league goal of the season. Lopetegui freshened up his side quickly, bringing on En-Nesyri and Jordán for De Jong and Óliver.

A piece of genius from Ocampos broke the deadlock

Sevilla began to feel more comfortable with the lead and tried to take advantage of the extra spaces left by Eibar, who lacked bite on the attack. Lopetegui made another three chances, bringing on Gudelj, Reguilón and Suso, who had a massive chance to double the lead. A perfect piece of play from Jordán played in Suso who was just six yards out, but Dmitrovic somehow turned his shot wide.

The ending was a real surprise. With added time about to finish, Kike García hit the post from close range, injuring Vaclík. As all five substitutions had been used, he was replaced in goal by... Ocampos!! Eibar had chances from the resulting corner, with one falling to Dmitrovic. His shot was stopped by Ocampos and Navas was first to the rebound to clear. An unbelievable win. Sevilla are now six clear of fourth place and are now close to securing Champions League qualification. 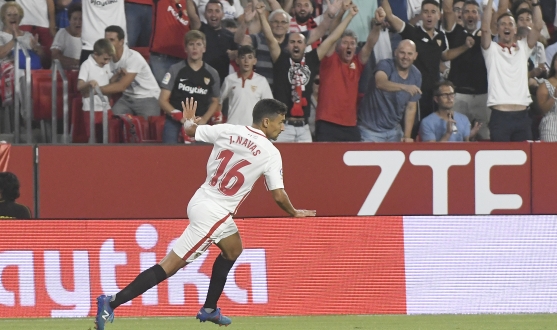 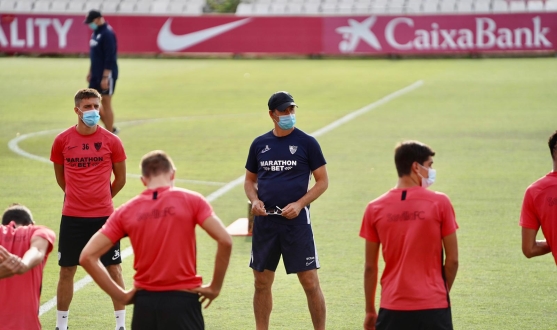 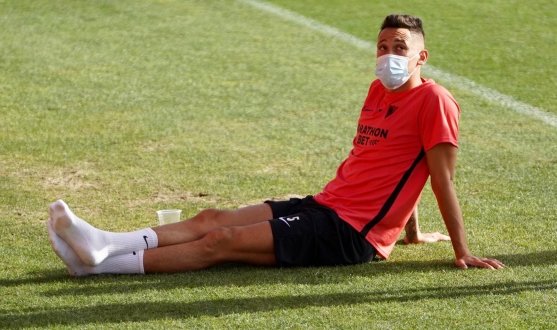