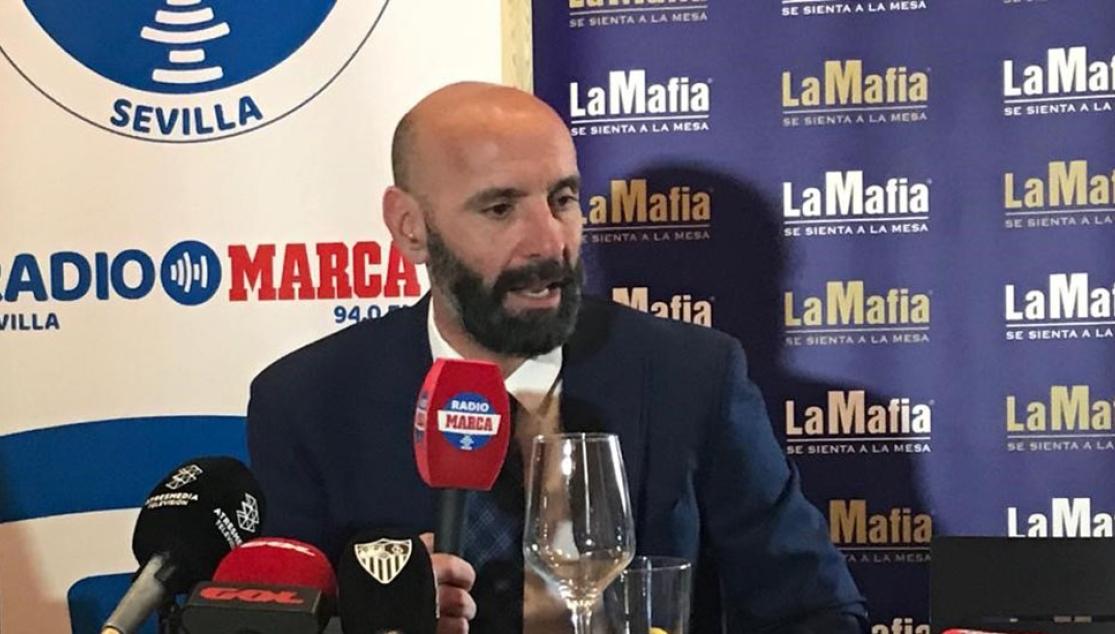 MONCHI ON RADIO MARCA: 'I WANT TO TRANSMIT EXCITEMENT, AMBITION AND DESIRE'

'Ambition cannot be limited in line with your economic capacity; before, when we were winning trophies, we had less money than now.'

Sevilla FC's Sporting Director, Ramón Rodríguez Verdejo 'Monchi', gave an interview this Monday afternoon on Radio Marca. Monchi was asked about various topics regarding the present and future of the club now that the 2018/19 season has finished and now he and his team are working ahead of next season.

'What's important isn't the number of changes, rather demonstrating that the project is ambitious. People want the team to demonstrate the ambition that Sevilla FC must have. I want to convince everyone that we have a strategy with an ambitious objective. People will start to take note of it and if they like what they see, they will regain their excitement in the team. I want to project excitement, ambition and desire. Ambition cannot be limited in line with your economic capacity; before, when we were winning trophies, we had less money than now.'

'Tanzania is the perfect chance to talk about the manager'

Secondly, Monchi was asked about who will be sat on Sevilla's bench next season: 'Everything will be much clearer when we get back from Tanzania. The season came to an end on Saturday, we are going to Tanzania now and we will have time to speak with Joaquín Caparrós. I've already said it didn't depend on results - I want to sit down with him and speak with him normally. We all want the best for Sevilla and we have the perfect chance to talk about that during this trip.'

'My thoughts haven't changed. I wanted to know what kind of feelings Joaquín was giving me as manager during these past two months and now I want to sit down and talk with him to see if he agrees with what I have in mind for the future. With this journey to Tanzania, we're going to be away from the press, I'll be with the president and we'll have time to discuss all the pros and cons of any decision,' commented Monchi.

'Sarabia shouldn't take too long to sort out: Pablo wants to stay in Seville'

Monchi also responded to questions regarding contract renewals within the club, starting with Sarabia and moving on later to Banega and Ben Yedder: 'We are negotiating. Things are more advanced than what they were fifteen days ago. It shouldn't take long to sort it out. I'm naturally a positive person and I know Pablo wants to stay in Seville.'

'Banega has a year left on his contract. He is one of the best players I've had here at the club and we have to see if he's still happy here. If he is, I can't fathom any situation in which Banega would not continue on at the club,' he commented regarding the Argentine.

'If anyone pays Ben Yedder's release clause, we would have to go into the market but I don't foresee any movements regarding this'

Finally, regarding the French striker, he stated: 'There are things that worry us more than a release clause. I don't foresee any movements regarding this but if someone were to pay it we would have to go into the market. But we have Dabbur who has scored more than 30 goals this season.'

The Sporting Director also confirmed that 'Sevilla have exercised their right of repurchase of David Soria and Getafe have the option to annul this by paying a certain amount. They have five days to exercise that right. We took our option up because we believe that David has continued growing with Getafe this season and we would be happy to resign him.'

Regarding Sergio Rico, he said: 'His loan finishes on 30 June and he will be a Sevilla play. If there were an offer, it would be studied and if there are offers that are fair then we would be willing to negotiate.'