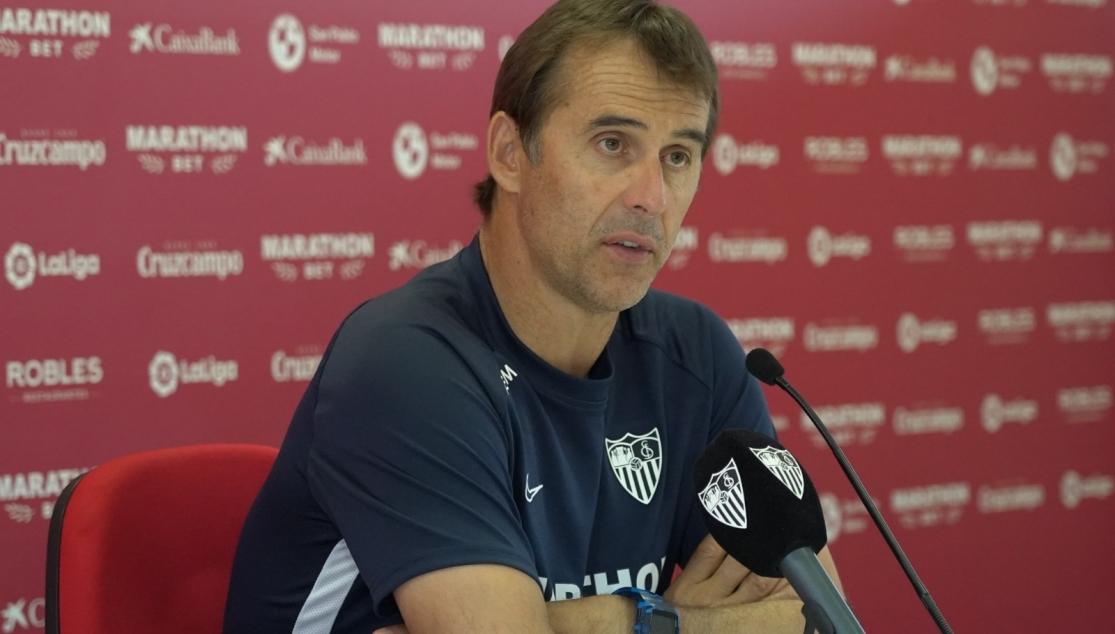 LOPETEGUI “WE HAVE TO TAKE OUR CHANCES”

This Saturday afternoon, Julen Lopetegui spoke to the media in the press conference before the match tomorrow evening against FC Barcelona. Sevilla FC's head coach was asked what the key to winning at the Camp Nou was going to be: "Nobody is going to stop us from giving it our best shot and playing as well as we can to counteract how they play. We will have to be perfect tomorrow, with a will and desire to do well. We will try to make the most of any opportunity that falls our way, and we have to take our chances and compete at all times. In every game you're going to have your moments and being able to adapt ourselves to the game will be the key tomorrow evening. We have to be able to respond well to changes in the game tomorrow but we already know the effort levels that will be required".

Likewise, he referred to how he would approach this game: "With a lot of desire and willpower to play a very demanding game in an incredible stadium. I expect Barcelona to be at their best, they are a great team who are at a very high level. They are also very well set up and will require us to be at our best". On the other hand, he was asked about the tight schedule of the past few weeks: "It's true that we've had a lot of games over the past number of days, but then again we are lucky to be playing in numerous competitions".

Asked about the possibility of facing Messi tomorrow: "Barcelona are going to be what they're going to be, what we have to do is focus on ourselves. They are a great team; both with, and without, Messi. If Messi plays then of course they are a better team, but we are focused on ourselves, giving our all and playing with a lot of energy". He was also asked about Ansu Fati: "He's someone who has surprised us all because of his age and his performances. FC Barcelona have great players at al ages". He was also questioned on Chicharito's involvement in tomorrow's clash: "Tomorrow is when we will decide what the starting line-up will be and what players we think will help us compete well in the match". In addition, he spoke about Sevilla's poor record in the Camp Nou: "I'm not going to speak about the numbers, because every game is played on the pitch. We have to be fully focused tomorrow, with a balance in our team for what will be a very demanding game".

Lopetegui was asked about the rapturous ovation that Dabbur received when he came on on Thursday night against APOEL: "All the ovations that our fans give are incredible". To conclude, he spoke about Reguilón and Navas' call-ups to the Spanish squad: "It's a just reward for their hard work. For us, it's brilliant news that our players are being given recognition by their countries".

First team
THE BANEGA FAMILY, WITH THOSE MOST IN NEED IN ROSARIO DURING THE PANDEMIC
Leer más
END_OF_DOCUMENT_TOKEN_TO_BE_REPLACED