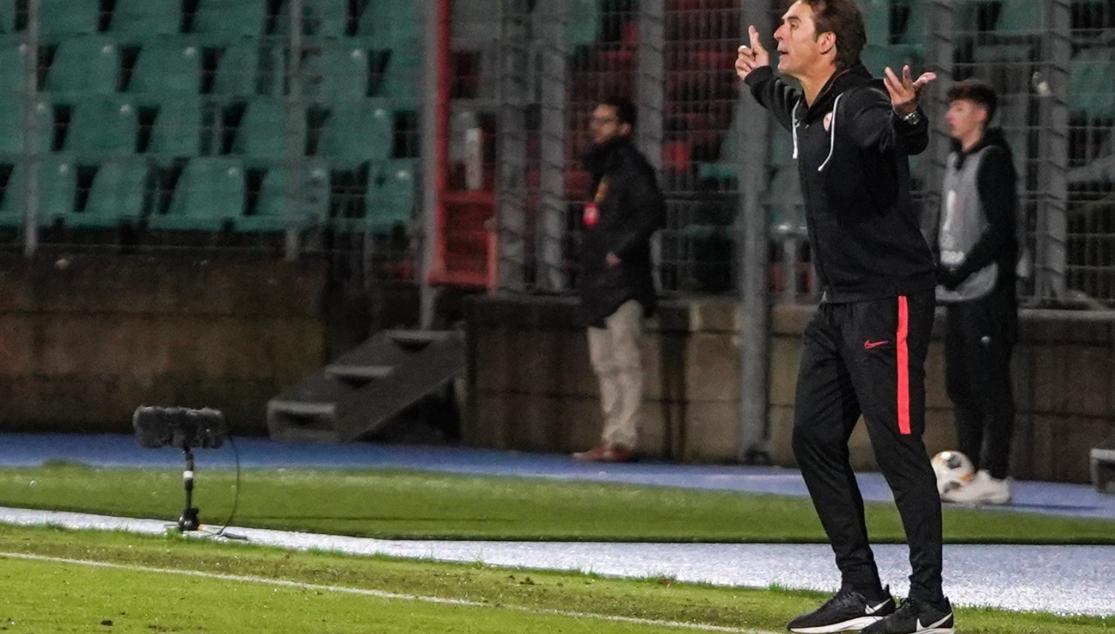 LOPETEGUI: "THAT'S OUR JOB DONE, FOR NOW, IN THE COMPETITION"

"I think the team played really well in the first half"

Julen Lopetegui spoke to the media after the comprehensive victory over Dudelange on Thursday evening: "I think we played well. The objective was to get the three points and qualify for the next round, and even better that we are qualified in first position already. It's not easy to achieve this in Matchday 4. The team have been rewarded by playing well in this competition so fat and today, especially in the first half, against a tricky team and a difficult pitch. At the start we were quite nervous, as if we had something to lose. However, little by little we found our rhythm, we took control of the game and we played very well in the first half and, in general, for the whole game".

Lopetegui spoke about his warning about the game in the preview: "We had to come into it with this mindset. If we didn't come into it like this, we wouldn't have achieved this result. You must approach all games with the utmost importance that they deserve. I think the team played really well, especially in the first half".

On the other hand, he also spoke about the second half, where his players "lost their concentration a little. We won the match which was the important thing and, logically, with a good response by the boys in an important moment - which was to get the three points and secure qualification".

"Sergi had a shoulder injury and did brilliantly to play. It shows the character and the resolve he has. Gudelj also made an extra effort tonight, playing out of position - but we all knew he had the capabilities of playing there. To be honest, in general, everyone played very well". He also spoke about Rony's game: "just like Munas, he played well. Munir, also, was very good and they were all playing at a high level. When the team works well, everyone comes out strong".

"The work is done, but we will obviously be taking the last two games very seriously"

The victory also secured Sevilla FC's passage to the knockout phases as the winners of Group A, something which takes a bit of the pressure of the team for the last two games: "The work for the group phase is done, we have qualified in first position. However, we are still going to take the last two games very seriously".

Now, attentions turn towards Betis: "We all know what a Betis-Sevilla match means. We had to focus on this match before now. However, not we will start to prepare and recover for Sunday's game". A game, for Lopetegui, which he "can't wait for. We will be prepared".

First team
THE BANEGA FAMILY, WITH THOSE MOST IN NEED IN ROSARIO DURING THE PANDEMIC
Leer más
END_OF_DOCUMENT_TOKEN_TO_BE_REPLACED