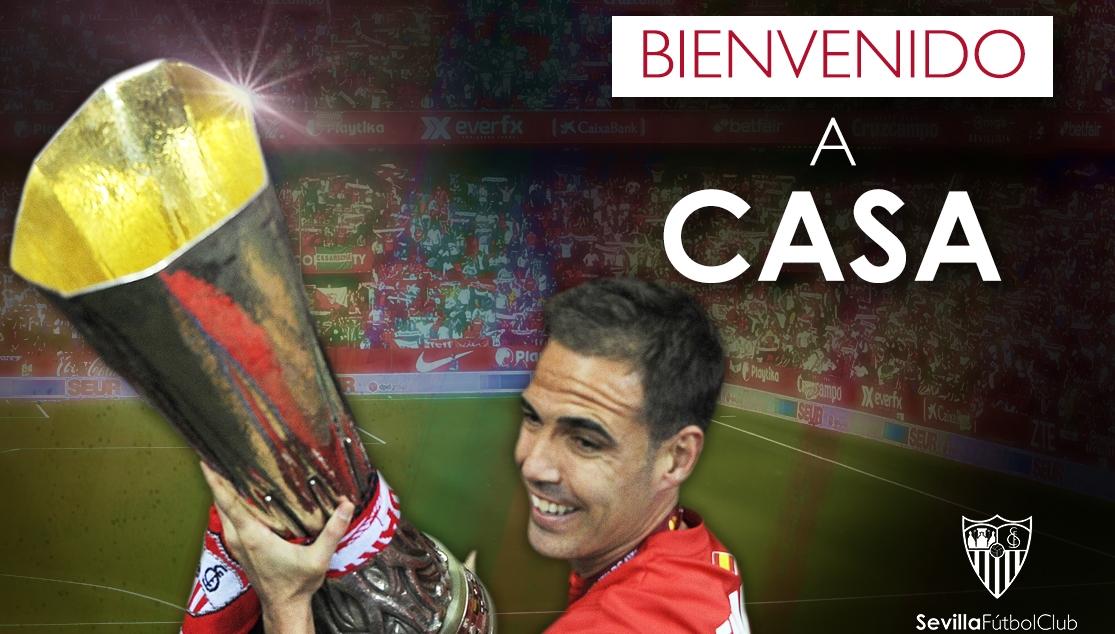 He will have a very important job, working alongside the Sporting Director in all matters relating to transfers and the first team. With his incorporation, Monchi embarks upon his new project

Fernando Navarro, Sevillista and captain from 2008 to 2015, has joined the club's Sporting Management Team under the supervision of the Sporting Director, Ramón Rodríguez Verdejo, Monchi. With this incorporation, Monchi has began restructuring the club ahead of the 2019/20 season.

Since retiring at the end of last season, Navarro has obtained the title of Sporting Director from the Spanish Football Federation. In his new spell at the club, he will work alongside the Sporting Director in all matters relating to transfers and the first team.

Fernando Navarro is coming home after leaving in the summer of 2015 after seven seasons in Nervión; in his time, he won three trophies and played 282 games.

An industrious left-back, he won the heart of Sevillistas with his never-say-die attitude, with the sight of him lifting the Europa League won in Warsaw against Dnipro etched into the memory of all Sevilla fans.

First team
ALFONSO PASTOR: "LOPETEGUI TRIES TO HELP US IN EVERYTHING AND GIVES US ADVICE"
Leer más
END_OF_DOCUMENT_TOKEN_TO_BE_REPLACED