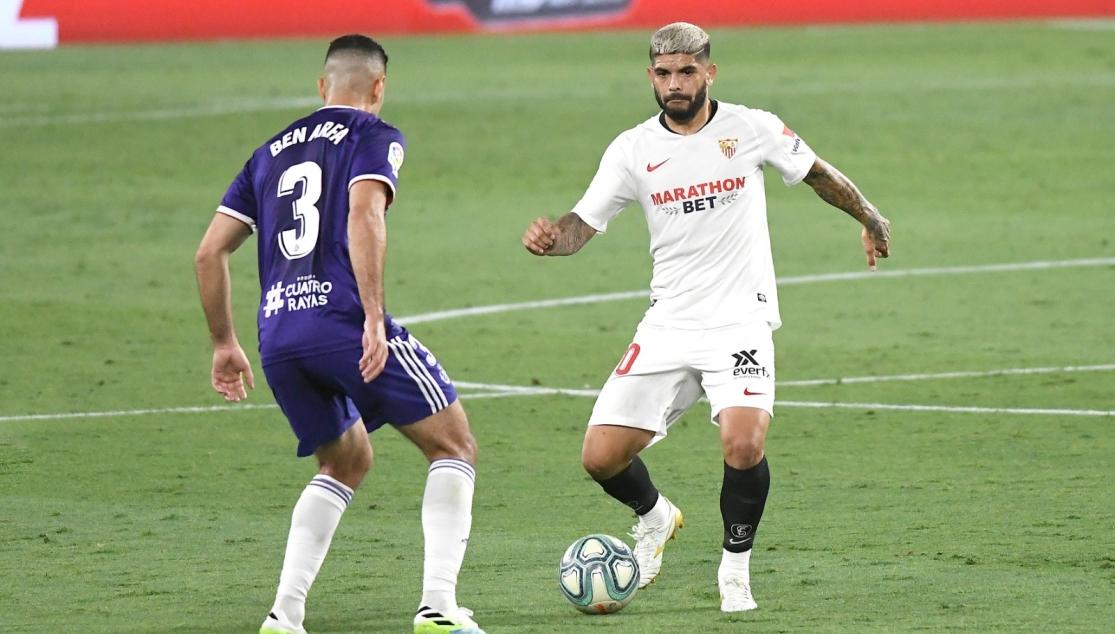 The midfielder achieved this by featuring against Real Valladolid

Éver Banega has set another record with Sevilla FC. The Argentine made his 150th appearance in LaLiga for Sevilla in the game against Real Valladolid, a statistic which shows his importance after two spells with the Nervionenses.

After arriving from Newell's, he featred in 2197 minutes in 34 matches in his first season, beating his numbers the following season, when he featured in 1724 in 2015/16 across 25 matches under Unai Emery. He returned in 2017 but has continued to be a focal point for many managers.

In 2017/2018, under both Eduardo Berizzo and Vincenzo Montella, Éver played in 31 matches, featuring in 2397 minutes. The following season, under both Pablo Machín and then Joaquín Caparrós, he played in 32 matches, but increased his number of minutes to 2679.

His numbers underline his importance in the squad

This season, after 32 matches, the Argentine has featured in 29 matches and has played in 2160 minutes with six matches to go. Since his Sevilla FC debut, he has featured more for the club than anyone else, and he could well beat his personal record of minutes in a season, provided that Julen Lopetegui affords him that opportunity. The manager has certainly demonstrated his confidence in the Argentine international.

Beyond minutes played, Banega's record for most goals in a season is five, which came in his second season. However, his assist record has come this season, and already has six assists with a minimum of seven matches remaining in all competitions, so he could well break another record before he moves on at the end of the season.