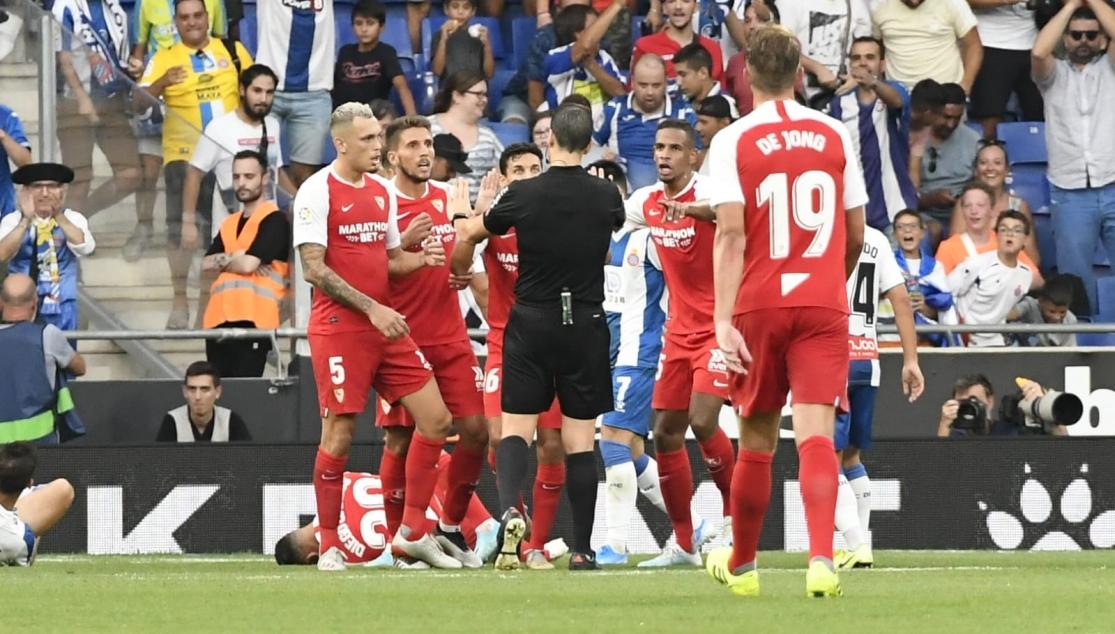 The first league match for Sevilla FC, which they won away at Espanyol, ended with two of their own players being seen by the medical team. These players had to be substituted because of muscle injuries in the second half. They were Diego Carlos and Lucas Ocampos, who are both now on the road to recovery after suffering injuries on Sunday against RCD Espanyol.

According to the medical team at Sevilla FC, the Brazilian suffered a strain on his right calf, whilst, as for the Argentinian, the injury is to the underside of his right foot.