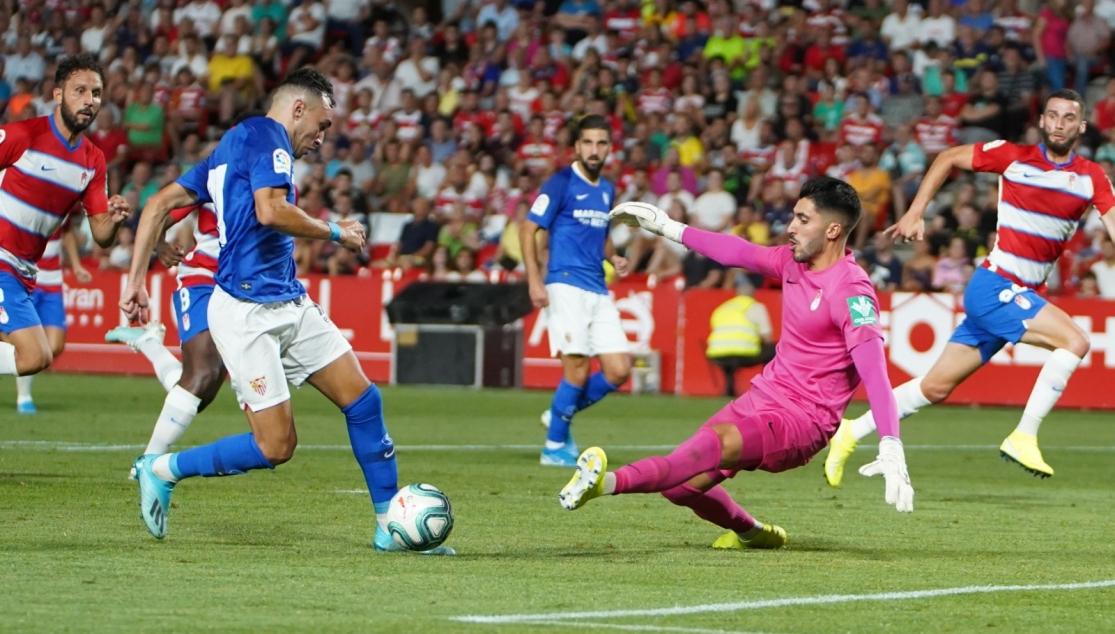 Diego Carlos' late header was not enough for a weakened Sevilla side, due to tomorrow's match in Almendralejo

Sevilla FC's winning streak in pre-season came to a halt tonight. With half the squad resting ahead of tomorrow's match in Almendralejo, the team weren't able to lift the Trofeo Ciudad de Granada, which was decided in the final few minutes. Although Diego Carlos' header put Sevilla back on level terms after Germán scored the opener for Granada, Adrián Ramos scored another header in the 90th minute to avoid a penalty shootout.

This was the first real test for Sevilla, in terms of league rivals, who went out with the same attitude as they had done in this summer's matches. It's a team that doesn't tend to suffer at the back, and its desire to keep the ball is in their DNA, but not at whatever price. It's true that in the first half they faced a slower side than in their matches outside of Spain. Granada, who were playing at home for the first time this season, sat deep and looked to counter, using Soldado as a target man, but the Sevilla rearguard seemed secure.

It was a first half of few opportunities, Munir had the best opportunity of the half

In attack, it's true that Sevilla also struggled more to unsettle the defence than in other matches, although if anyone deserved to go into the break in front, it was the team playing in blue and white. The best chance of the half came late on in the first half. Dabbur and Munir linked up inside the area and a feint from the ex-Barcelona man put him round the keeper Rui Silva y through on an open goal. Unfortunately, the final feint knocked the young Nervionense forward off balance, who shot without the necessary power and a defender cleared off the line.

Lopetegui only made one change at half-time, which saw Bryan Gil come on, but it's certain that the team did not improve vertically, and to make matters worse Granada stepped up a gear. Without having clear chances, Diego Martinez's side began to sit in the Sevilla half and took full advantage from a set-piece on the hour mark. A corner into the six-yard box was met by Germán, who got in front of Vaclík, and ended up with an open goal, for an easy finish.

Germán put the hosts into the lead from a corner, before Diego Carlos equalised

Whilst Granada made frequent substitutions, which is normal in this type of match, Sevilla treated the match more like a competitive match and only Ben Yedder came on, taking Dabbur's place. The Nervionenses didn't lose face and kept trying, but didn't really have any good opportunities to equalise. However, it was a set piece that changed the match. Banega's corner from the left was met by Diego Carlos at the far post, who equalised with an unstoppable header.

It seemed to be heading to a penalty shootout to decide the winner, but in the last minute of regular time along came another header, on this occasion from Adrián Ramos, to restore Granada's advantage and to inflict the first defeat for Sevilla this pre-season. This comes to a close tomorrow, when Sevilla FC will go to Almendralejo for the tribute match in memory of José Antonio Reyes.

STORY OF THE MATCH 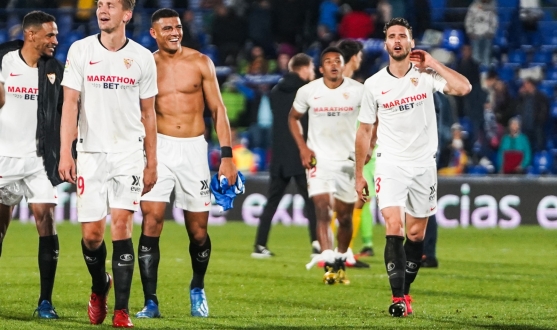 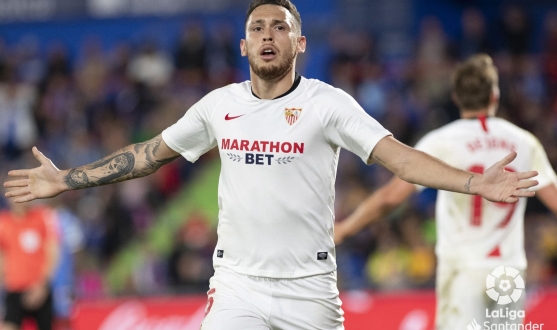 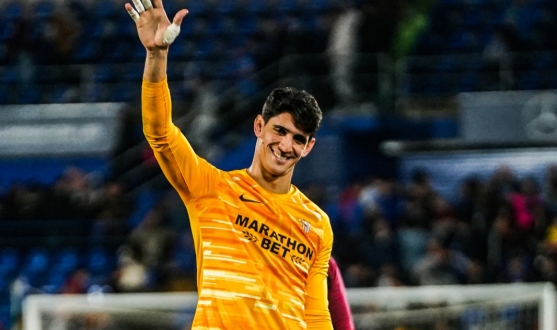