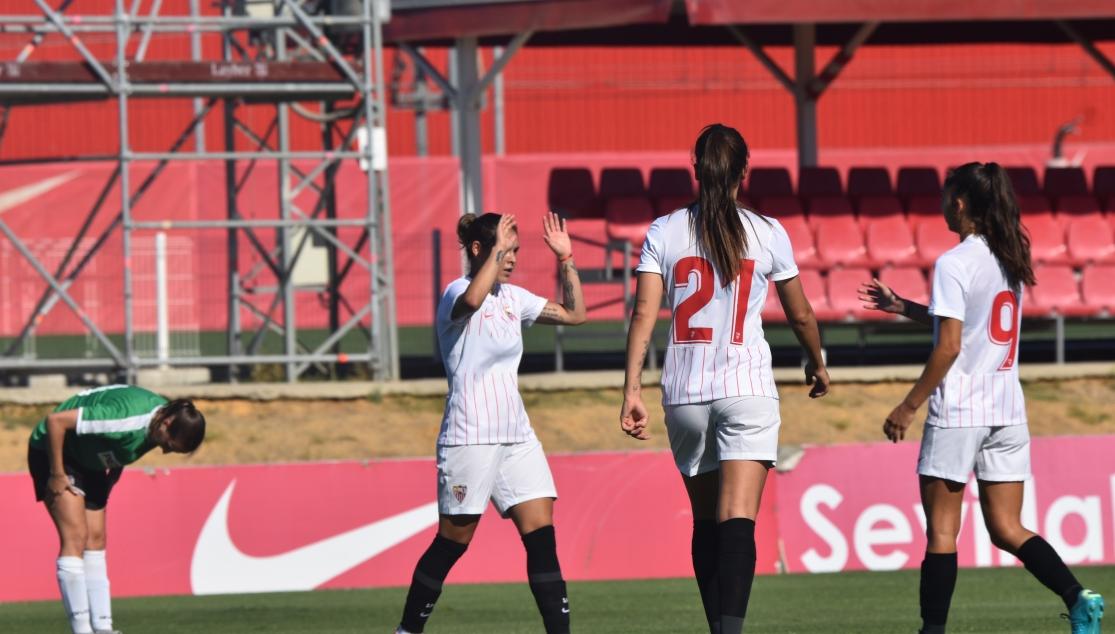 An own goal and goals from Jessica Martínez and Toni Payne sealed the win.

Sevilla FC Women beat Córdoba FC on Saturday in their first preseason friendly. Cristian Toro's team beat their opponents without any real trouble, and sealed their win in the first half despite maintaining control in the second half too.

Sevilla FC Women started the game stronger. Although the team found it difficult at first to maintain possession against a pressing Córdoba side, the captain, Isabella Echeverri, had an attempt on goal after 8 minutes. Jessica Martínez, who was a constant threat throughout the game, went for goal from the edge of the box to open the scoring and had another chance soon after to score the second. However, after 30 minutes, individual play from Toni Payne was enough to double the lead after swiftly making her way past several of the opposing players before scoring.

In the second half, the team continued to try and capitalise on the lead achieved before the break

Shortly afterwards, former Sevilla goalkeeper Carmen Gordillo failed to save convincingly after a shot from the corner, and eventually led to an own goal, making it Sevilla's third goal of the game. The Argentinian coach made several changes after the break to give minutes to as many players as possible. Despite it remaining 3-0, the Nervión team continued to try and go for goal with an attempt from Jessica Martínez, who could have scored several times. The fixture also provided an opportunity to see new signings on the pitch, including Klára Kahynová, who dominated the possession in midfield.