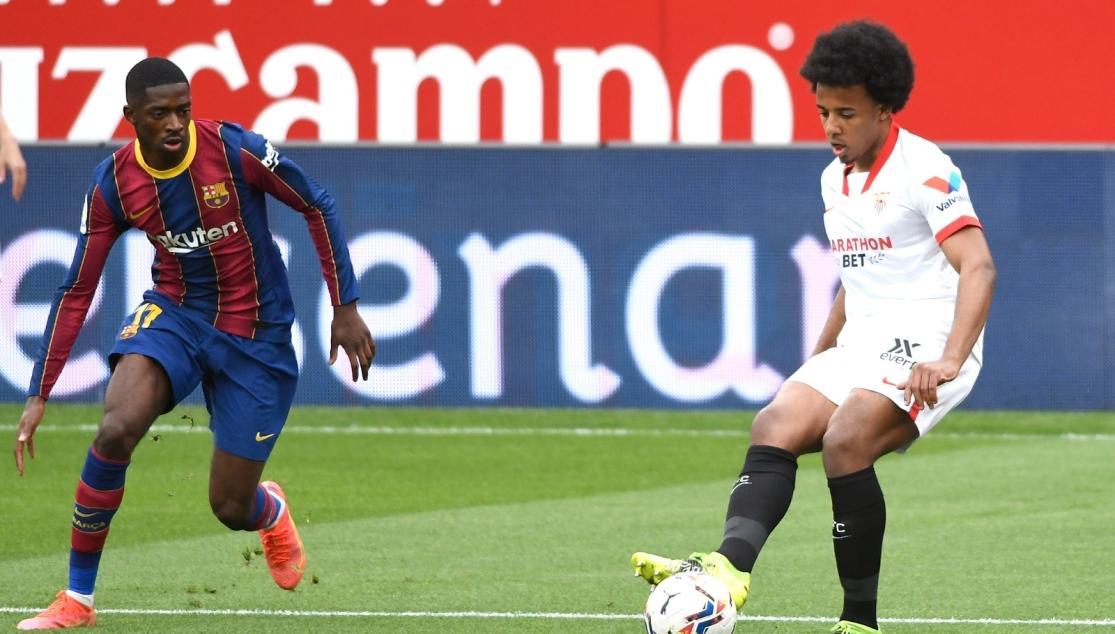 BONO AND KOUNDÉ BROUGHT UP THEIR FIFTIETH APPEARANCE ON SATURDAY

The goalkeeper made his 50th appearance in official matches for Sevilla FC, while the defender's half-century of matches only applies to the league

The team were unable to defeat FC Barcelona on Saturday, but two of the key pieces in the rearguard reached appearance milestones by featuring in the match. Both the goalkeeper Yassine Bono, recently nominated for February Player of the Month in LaLiga Santander, and defender Jules Koundé brought up their fiftieth appearance for the club. For the keeper, it was his 50th official appearance for the club, while this was Koundé's fiftieth outing in LaLiga, as he has played in 74 official matches for the Nervionenses.

Strangely enough, both players signed back in the summer of 2019, but neither were able to hold down a place in the starting eleven. Koundé was the first player to become a regular starter, as he made 40 appearances last season, with 29 in LaLiga, two in the Copa del Rey and nine in the UEFA Europa League, with two goals and one assist. 21 league appearances this season means he has now featured in 50 LaLiga matches for the club. This season, he has made 34 outings, with 21 in LaLiga, six in the UEFA Champions League, six in the Copa del Rey and an appearance in the UEFA Super Cup in Budapest. He already has three goals so far this season.

As for the goalkeeper, Bono did not feature heavily in the first half of his debut season. However, Vaclík's unfortunate injury against SD Eibar meant he took centre stage and became the starting goalkeeper in the final, decisive phase of the season. He was then key to the team's UEFA Europa League success in Cologne. The Moroccan international made his 50th official appearance as a Sevillista on Saturday, and has kept an astonishing 30 clean sheets. He has featured in 27 LaLiga matches, ten in the UEFA Europa League, eight in the Copa del Rey, four in the UEFA Champions League and once in the UEFA Super Cup.