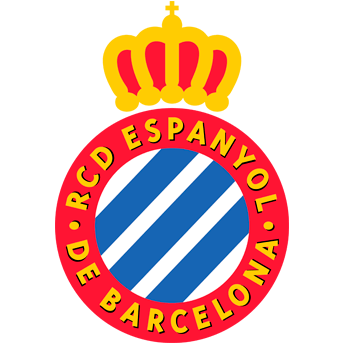 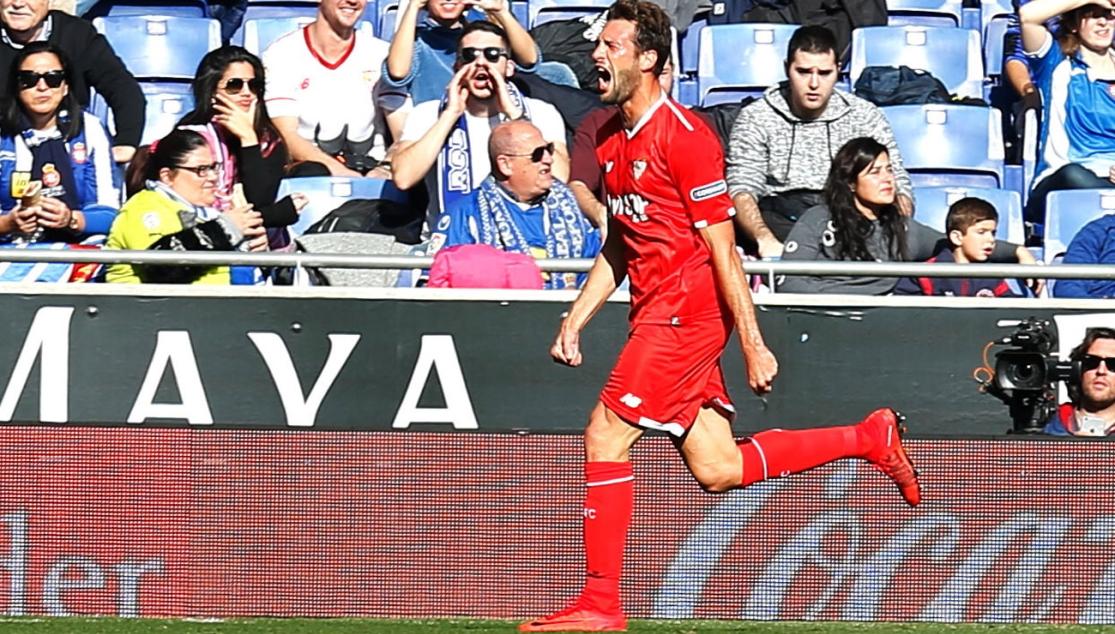 0-3: AN IMPRESSIVE STEP FORWARDS IN THE CORNELLÁ

Sevilla proved Wednesday's win in the Wanda was no fluke by ending a run of five La Liga matches without victory. Goals from Vázquez and Sarabia gave the Nervionenses a solid lead in the first-half, then Muriel sunk RCD Espanyol in impressive fashion in the dying minutes of the game

Sevilla just made it clear that Wednesday was no fluke. The Nervionenses not only continued on the same lines as they had finished off on against Atlético in the Copa del Rey but picked up an impressive away win at the Cornellá-El Prat to end a run of five games in the league without victory. A clear improvement in play was complemented by incisive finishing, with some stunning goals from Franco Vázquez, Sarabia and Muriel who all will benefit greatly from hitting the back of the net.

With the good sensations left over from a win in the Wanda Metropolitano, the very same starting eleven as this Wednesday came out well in Barcelona. Despite being initially forced to control an enthusiastic start from the hosts, the visitors hit back with attacks of their own and with clear enthusiasm following Wednesday's win. The first fifteen minutes saw Espanyol have more of the ball, but only creating one chance at Rico's goal - with Moreno unable to take advantage of Dídac's dangerous cross.

And though Montella's side had made tentative attacks earlier in play, in Sevilla's first real chance at goal, Franco Vázquez would break the deadlock. A good inside ball from Sarabia would find Corchia who was able to break free of his marker. He found Correa who would skillfully find space and shoot. Diego López got behind the shot but the rebound would fall to a lurking Franco Vázquez, who made no mistake in finishing. The goal was the impetus for Sevilla to take control of the game with precisely the high-pressing and directness Montella had asked for before the game.

A quick piece of play from Muriel could have given the visitors a second - the Colombian firing inches wide of the target not long after. However, Sevilla wouldn't have to wait until the second-half to widen the lead. Sarabia was found by Muriel and struck a perfect effort with his right foot that gave López absolutely no chance in the Espanyol goal. Two up and looking solid heading into the second-half, with Espanyol struggling for ideas and needing a reaction.

Though the hosts did react after the restart, Sevilla managed to control their efforts well

And a reaction certainly came just after the restart, with the hosts creating more than one chance to pull one back. Baptistao and Sergio García both had big opportunities to put the hosts back into the game but thankfully were unable to finish off respective chances. Montella responded with changes, bringing on Navas, Geis and eventually Noltio to sure up the game. And the game was controlled well, with Sevilla looking defensively solid as time ran out for Espanyol. To put the cherry on top of an impressive performance, Muriel scored a stunning solo effort to kill the game for good on 89 minutes. 0-3 and no way back for the Catalan side.

With the full-time whistle, Sevilla FC secured their thousandth Primera División win and set themselves up perfectly for the Copa del Rey return leg with Atlético on Tuesday. Until that clash, Montella's men can be satisfied with recuperated points, a solid performance and something positive to build on. 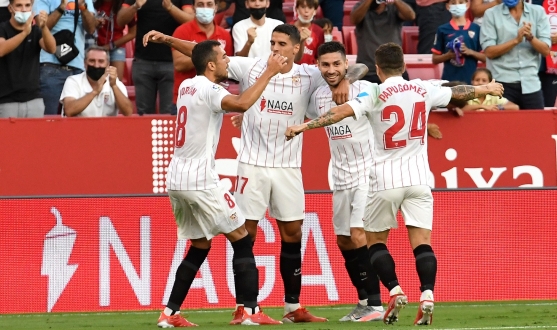 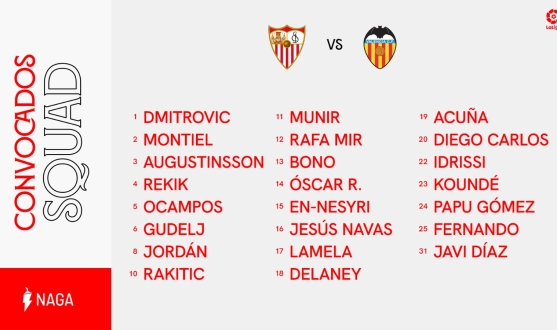 Pre-match reports
A FIRST LALIGA HOME MATCH IN OVER A MONTH, AGAINST A COMBATIVE VALENCIA
Leer más
END_OF_DOCUMENT_TOKEN_TO_BE_REPLACED 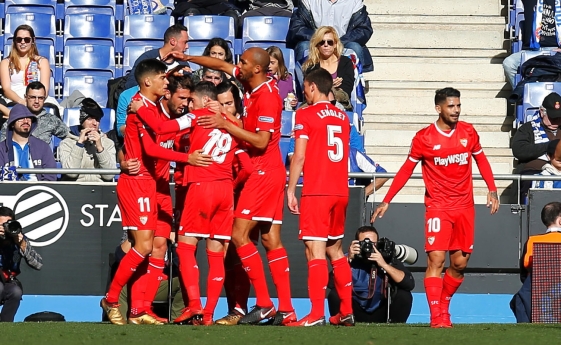