Sevilla FC ran out convincing winners in Chamartín to come away with their third cup, and their second won in Madrid 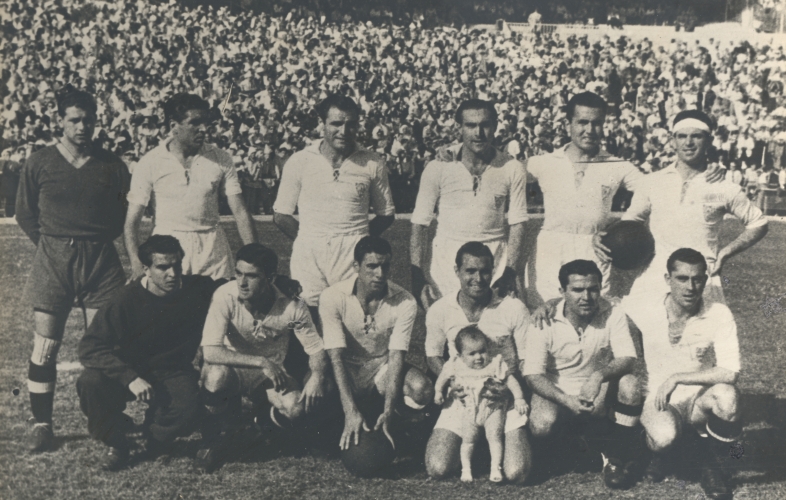 The Estadio Chamartín was not full, in part because there was no Madrid-based team involved and because it was an extremely hot Sunday and many preferred to leave for the beach or the countryside. Even so, 60,000 spectators were in the stands to see the game, and there were considerable contingents from Seville and Vigo.

Although the number of fans on both sides was more or less equal, a large proportion of the local crowd supported Celta, in part due to the fact that they were theoretically the weaker side, and there were two ex-Madridistas playing for the Galicians, Miguel Muñoz and Pahiño. The legendary Ricardo Zamora, who had also worn the white shirt for Madrid, was on the bench. 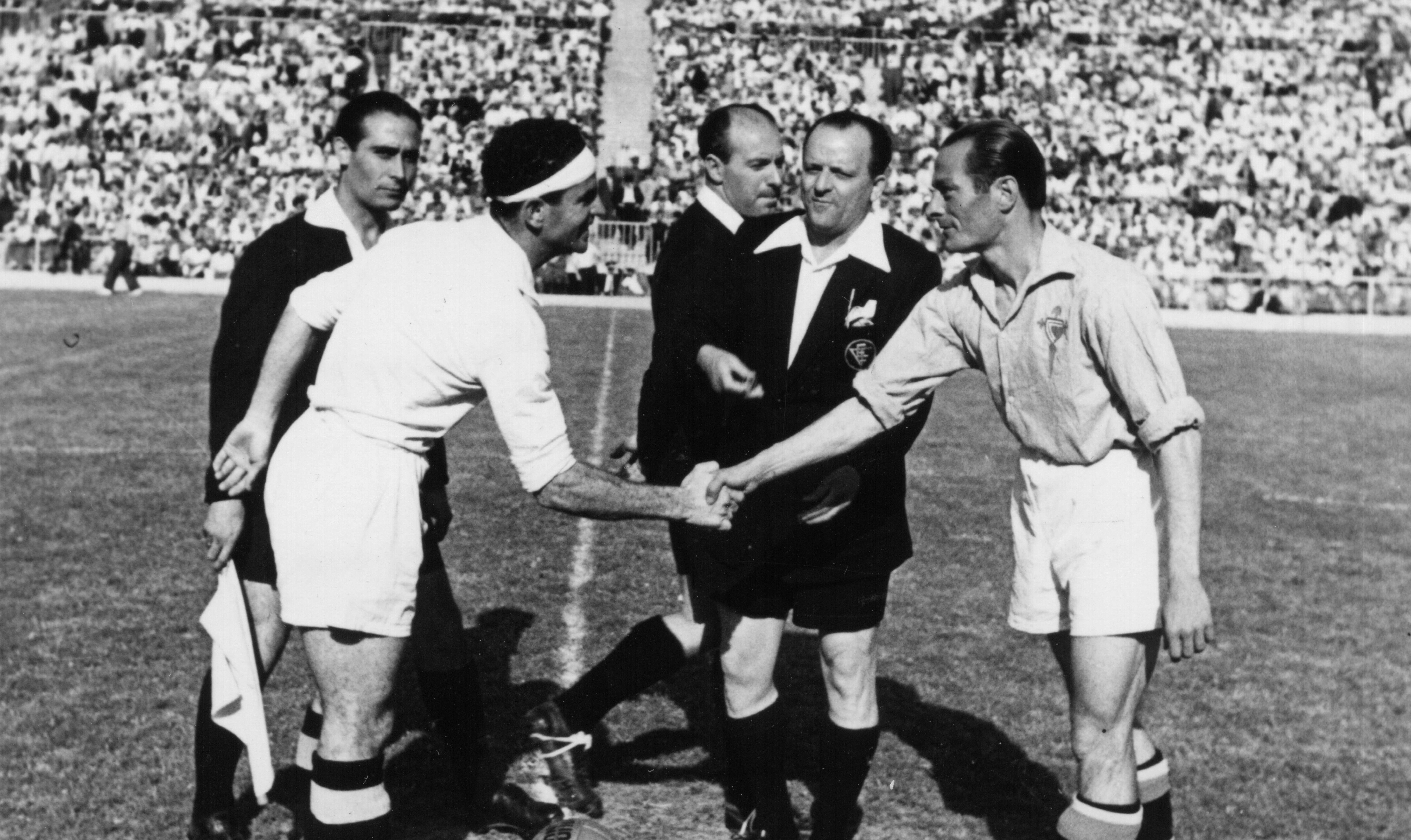 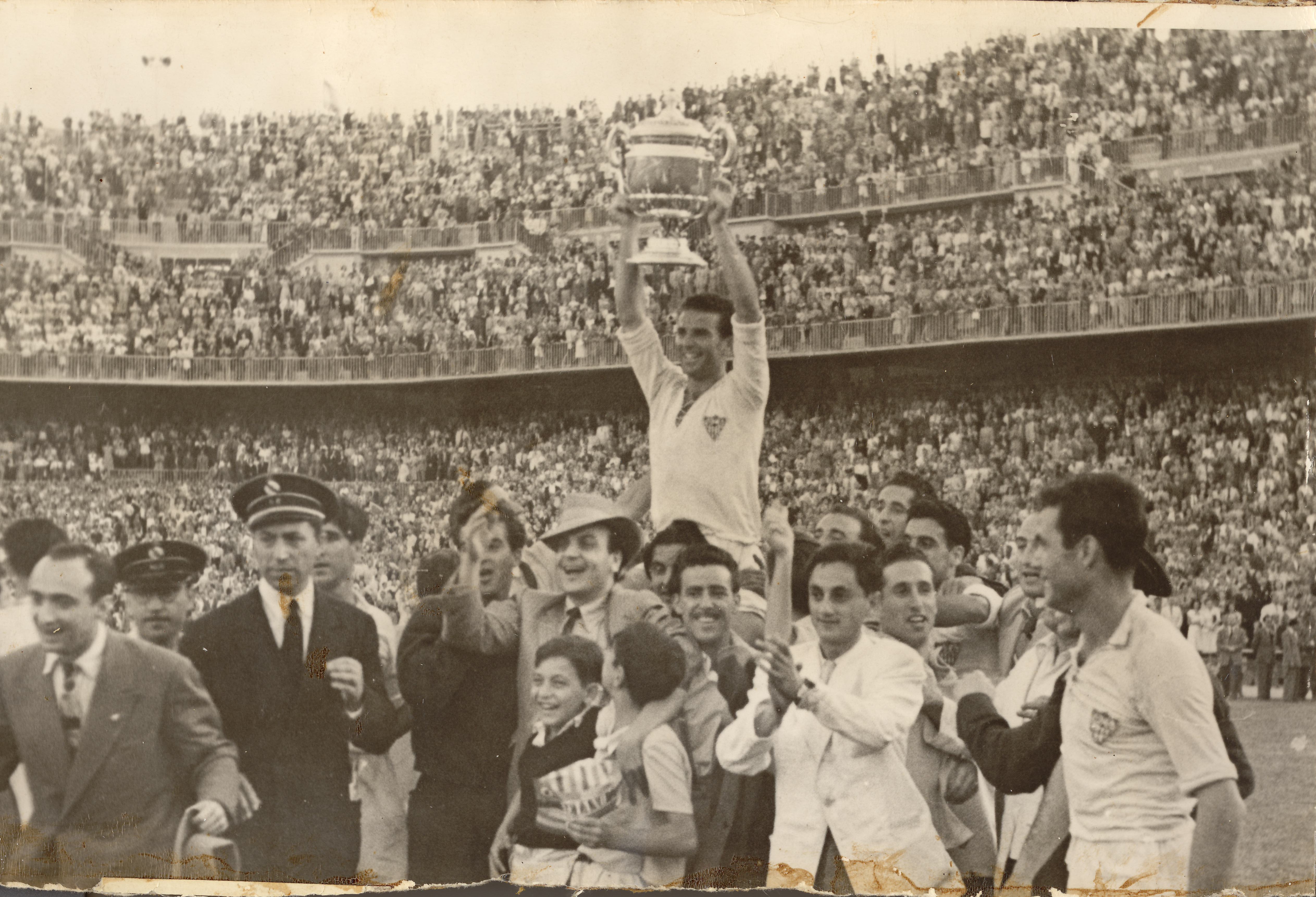 The final did not get off to a good start for Sevilla. Celta scored through Miguel Muñoz with just six minutes played. The Andalusians were behind for little over ten minutes though; Juan Arza grabbed the equaliser with a header before the 20 minute mark. They kept up the pressure, but were unable to make it count before the break.

Sevilla’s goalscoring ability came to the fore in the second half. Mariano, who had scored five in the previous round against Castellón, was the hero. He scored his first on the hour mark, and the Celta goalkeeper, Simón, picked up an injury during the move. Alonso, a midfielder, went in goal and struggled to deal with Sevilla’s continuous attacks.

Eguiluz, Arza and Doménech took control and sent countless balls into the forwards. Mariano netted twice more to put the game to bed. Pahiño was sent off by referee Vilalta, and to rub salt into the wound, Yayo and Aretio were injured with a few minutes to play.

As on previous occasions, the reception Sevilla received on their return to the city was a sight to behold. Thousands upon thousands went to the outskirts of the city to welcome the winners who had returned from Madrid by coach. At the town hall they were welcomed by the Mayor, Señor Bermúdez Barrera. President Sánchez-Pizjuán dedicated the triumph once again to the city of Seville, and the gesture was applauded by the assembled crowd. The Town Hall awarded each winning player a watch and a silver cigarette case. The following day, the players visited, among other places, Jesús del Gran Poder Hospital, and they shared the joy of their victory with the children there.

Read more
END_OF_DOCUMENT_TOKEN_TO_BE_REPLACED
Back to top