Sevilla went out with purpose in the cup final and deservedly came away with the trophy. Capel put the Andalusians ahead early before Sevilla controlled the game well and Navas eventually put the result beyond doubt. 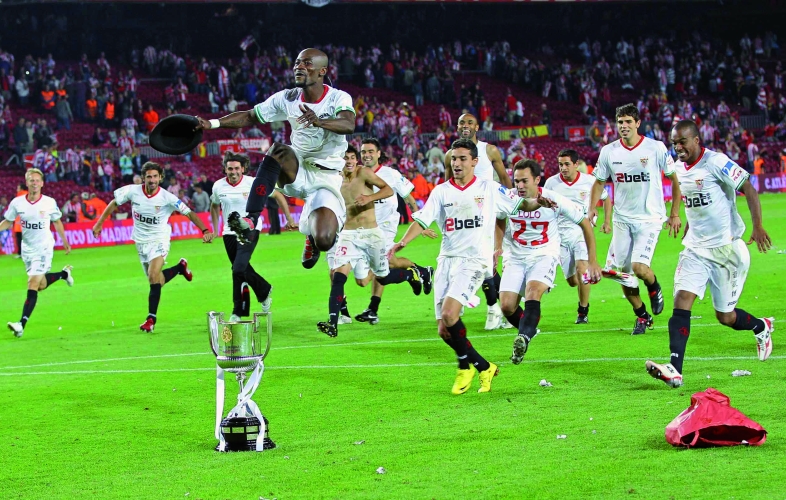 Perhaps Sevilla were underestimated in the build-up to this final. Perhaps they thought it was a foregone conclusion… Perhaps they forgot that this team has the indisputable spirit of champions. But when the players cross the white line, when it comes to the real moment of truth, predictions count for nothing, and the quality and drive of the 22 players on the pitch matter most. And in quality, drive, and efficiency, Sevilla played a seemingly untouchable Atlético off the park. That’s the great thing about football, that in the end, the ball always ensures that justice is done.

In a truly exceptional atmosphere, with the Camp Nou roaring on Sevilla and Madrid, with nearly 100,000 hearts racing with the passion and the nerves which offered an evenly-matched encounter, with two teams full of optimism… This might well have been the most hotly-contested and eagerly-anticipated cup final in recent years thanks to the sporting rivalry between the two sides. With all these ingredients, an exciting clash was in store. 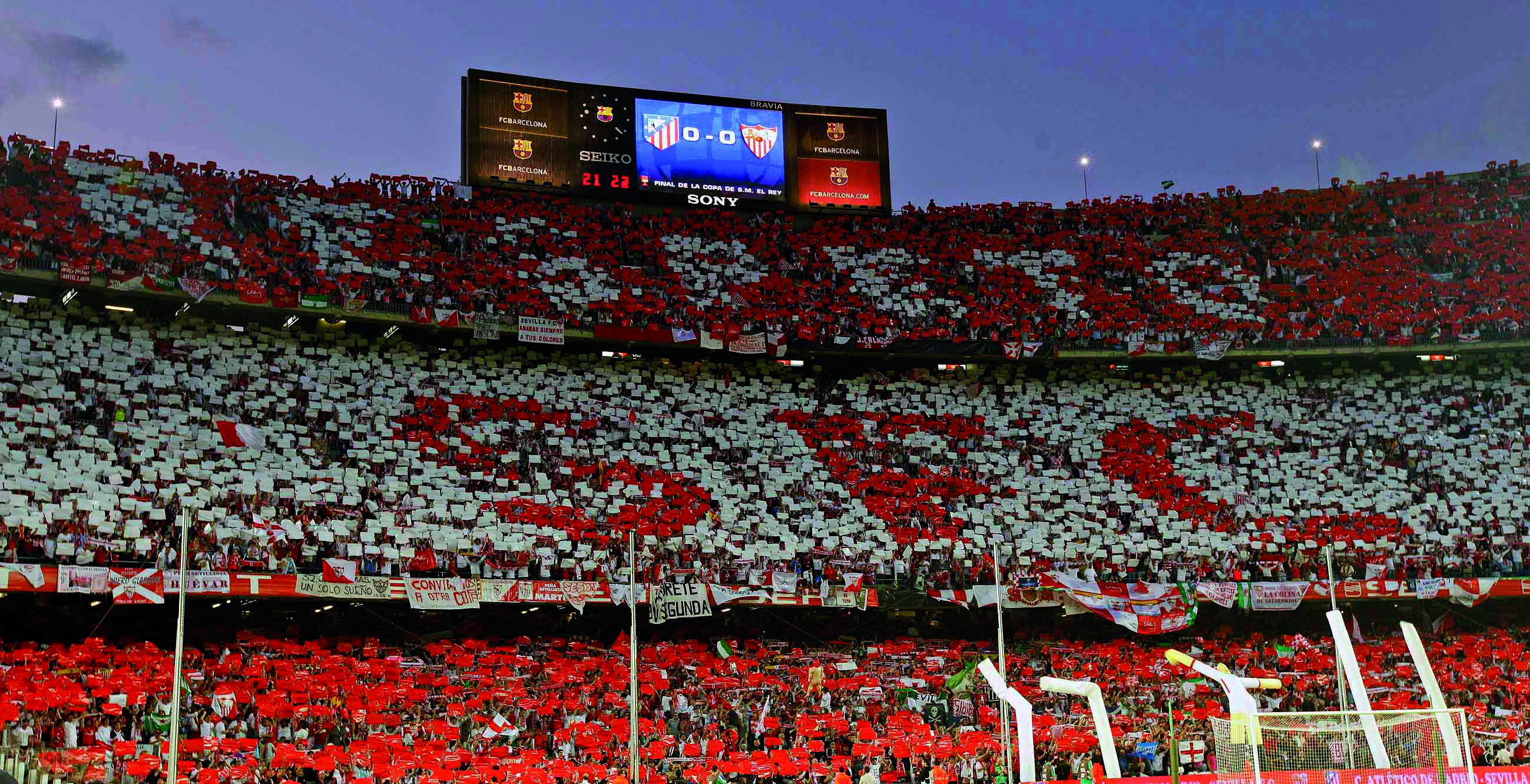 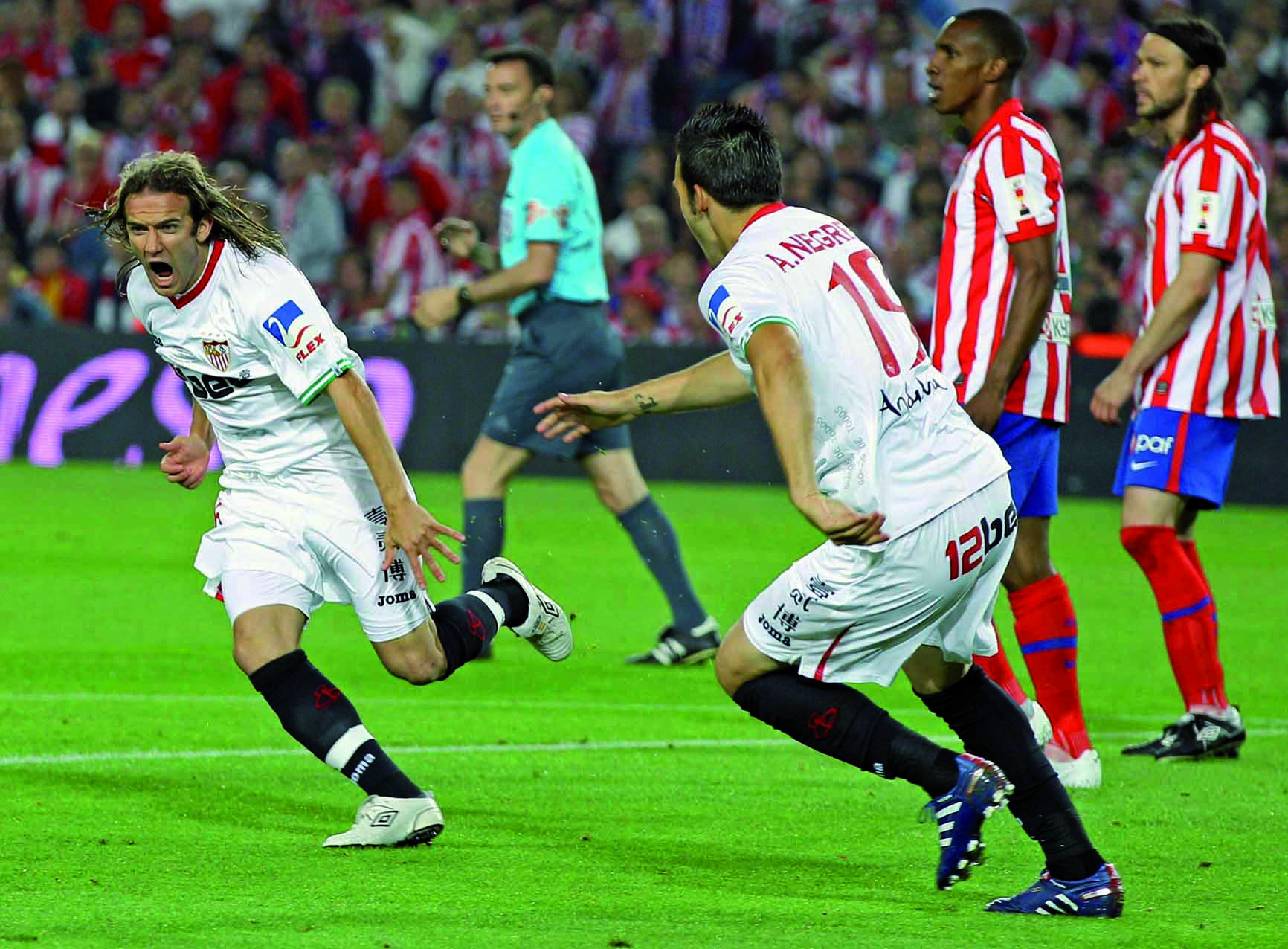 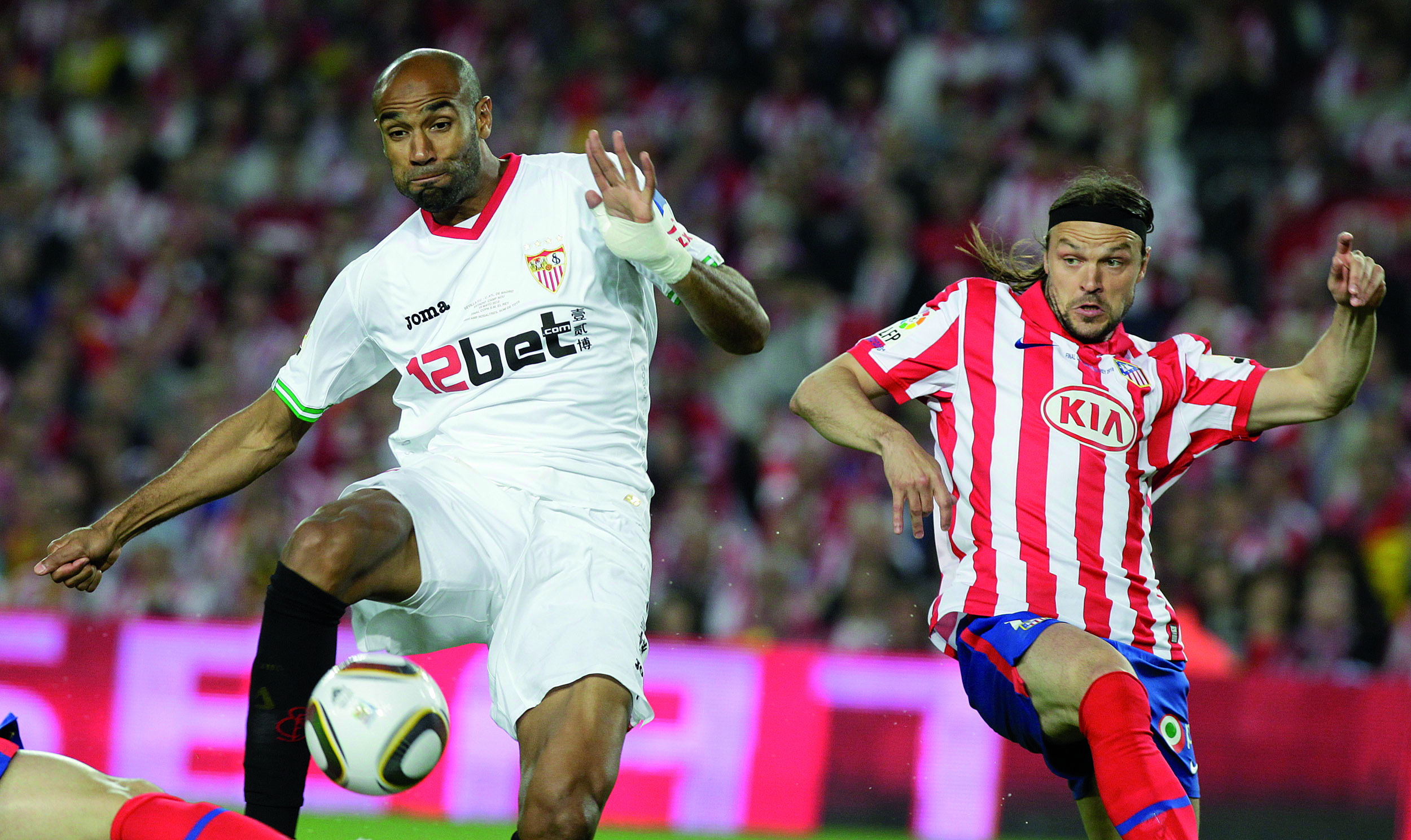 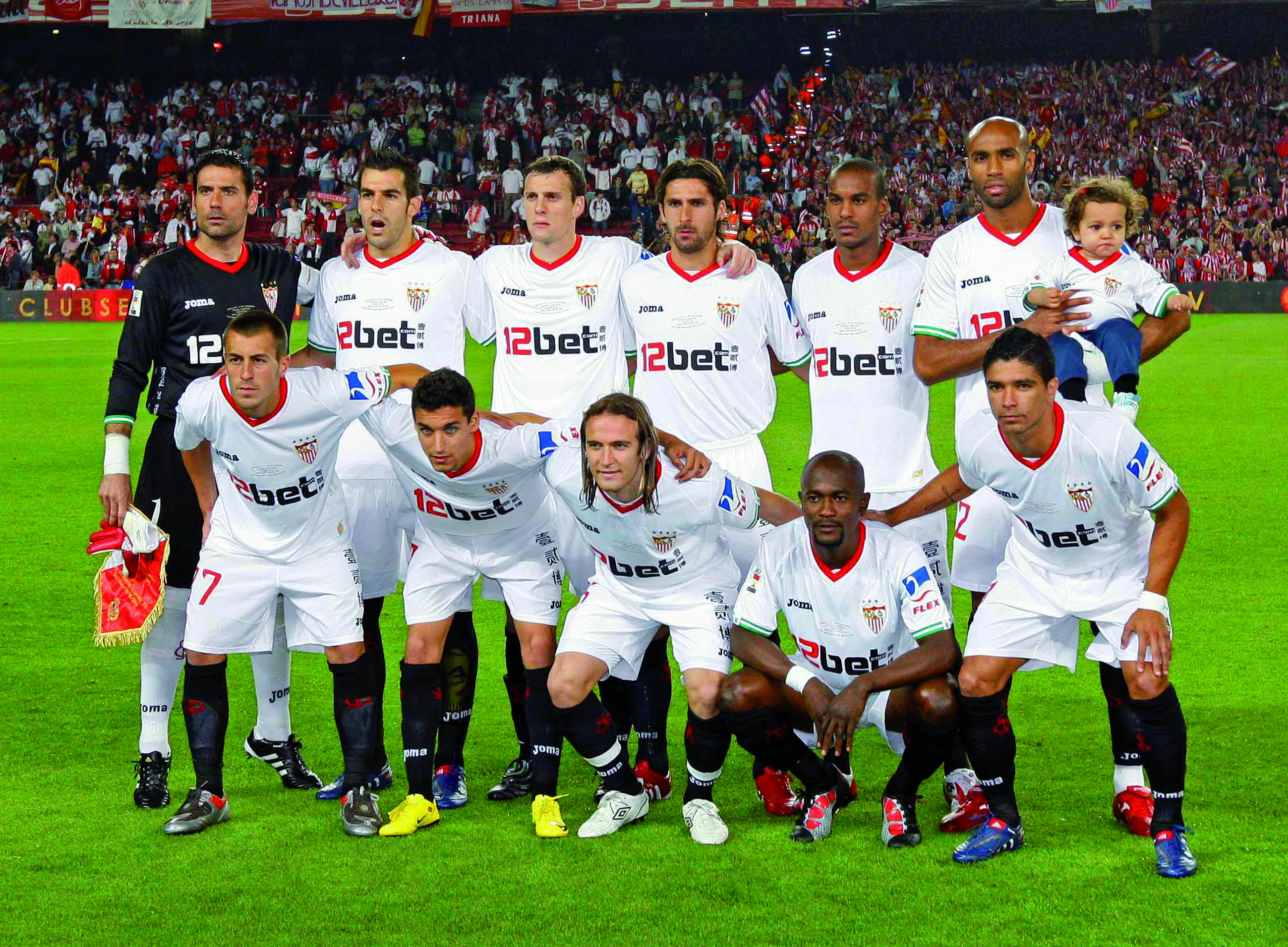 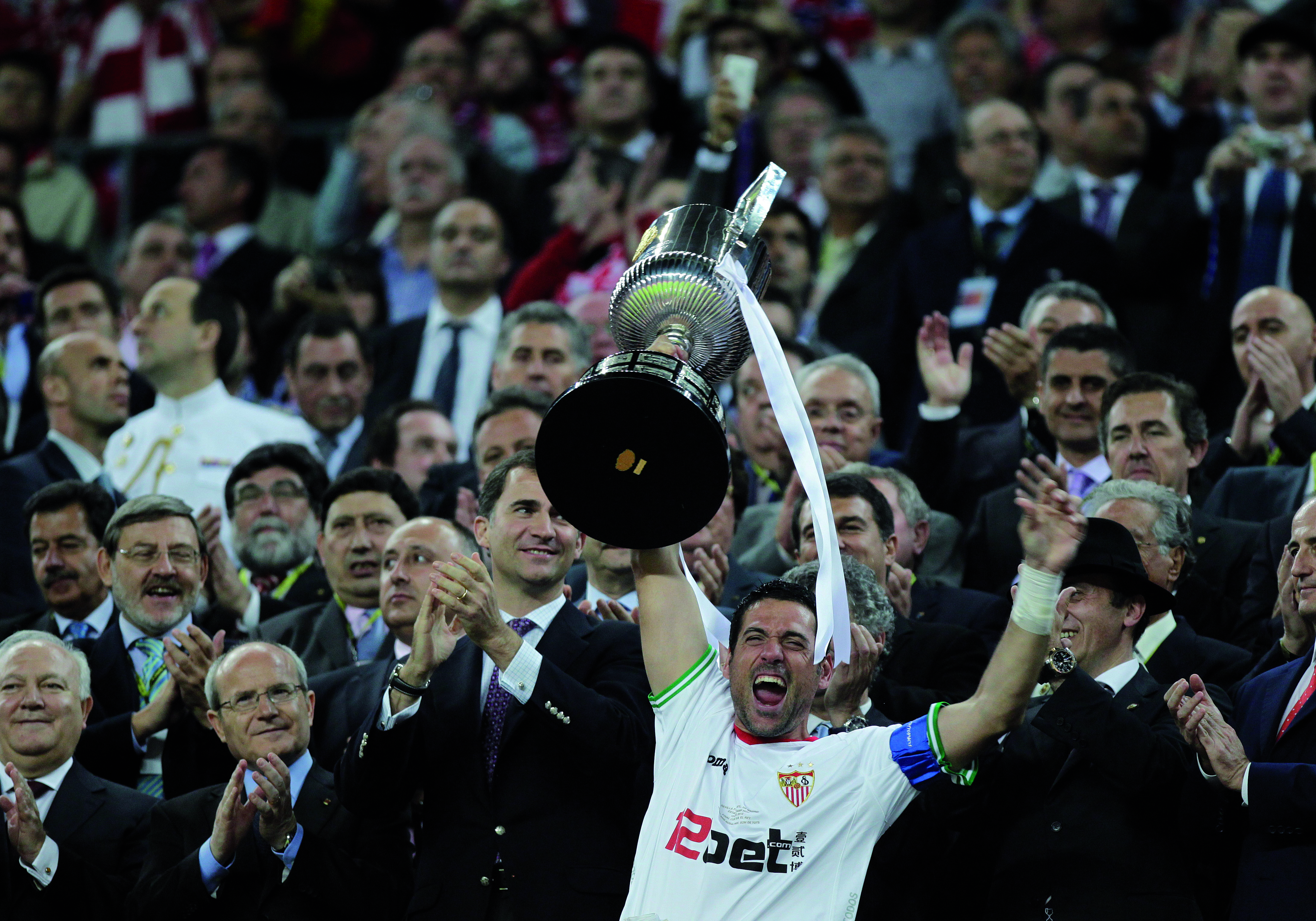 Sevilla struck first. The Andalusians needed little time to impose themselves on the game, with Navas in particular looking determined on the wing. After 5 minutes Kanouté gave Atlético their first warning with a shot from the middle of the area, but not long after, Sevilla made the pressure pay. Navas’s shot was blocked by a defender, but when the ball fell, Capel beat Tiago to it and put Sevilla into the lead with a stunning strike.

Sevilla could not have got off to a better start, and even with the lead they did not take their foot off the gas. That said, Atlético made Sevilla work in the period following the goal. In the 10th minute Squillaci twice intervened decisively to prevent a quick equaliser. But these were isolated moments, because Álvarez’s side, pressing effectively, frustrated Atlético’s attack, which was perhaps lacking in imagination.

Half-time offered a well-deserved break in a game which was full of intensity. At the restart, perhaps unexpectedly, it was Sevilla who took the initiative once again. The Andalusians looked at ease against an Atlético side unable to deal with the exceptional pressure Antonio Álvarez’s side put them under. On the hour mark Kanouté released Negredo who was unable to put the chance away with only De Gea to beat.

Sevilla could not have got off to a better start, and even with the lead they did not take their foot off the gas

Quique Sánchez-Flores tried to react, bringing on Raúl García and Jurado, but the changes did little to alter the course of the game. Even Luna, who had been on a yellow card since the first half, did well to contain Reyes. And when they got through, Palop was there when needed.

The clock was running down, the Cup was in touching distance and in added time Navas kept running, chased down the ball and beat De Gea to score the second and put the game to bed, a game that Sevilla had dominated from the first whistle. They had shown their fight and their quality with a performance worthy of champions. The final was decided by goals from Capel and Navas, two youth team products performing on the biggest stage. A proud day for Sevilla Fútbol Club.