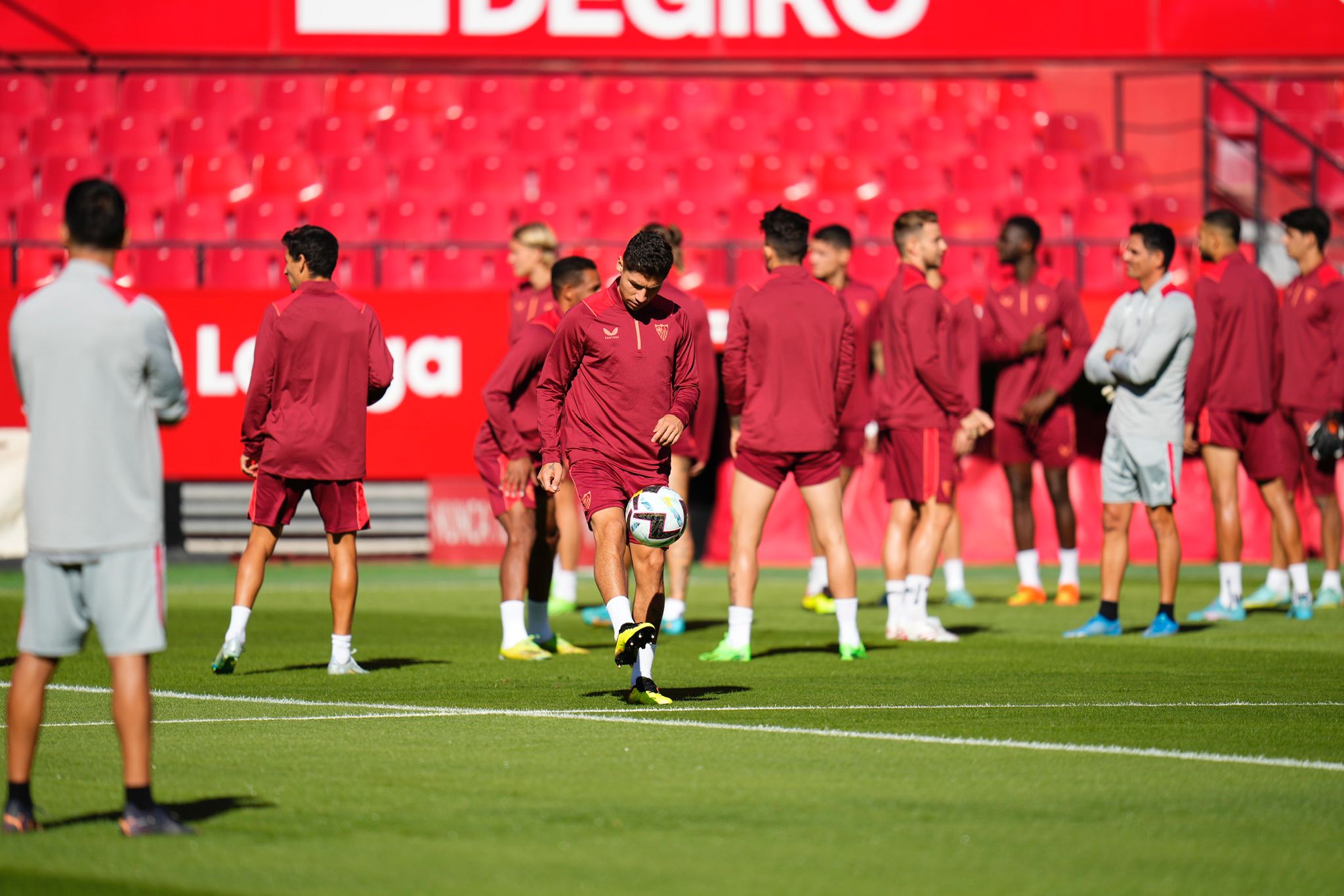 Entradilla
Julen Lopetegui finished his preparations after a week of slowly reintegrating players coming back from the international break.
Cuerpo Superior

Sevilla FC have trained for the last time before hosting Atlético Madrid. The Sánchez-Pizjuán provided the backdrop for the final preparations for this Saturday's clash against the team from the capital at 18:30, the first of a series of three home games following the international break.

After training, which was attended by Vice President José Maria del Nido Carrasco, Director of Football Monchi and his deputy Fernando Navarro, Julen Lopetegui attended the pre-match press conference, as is customary in the run-up to each match.