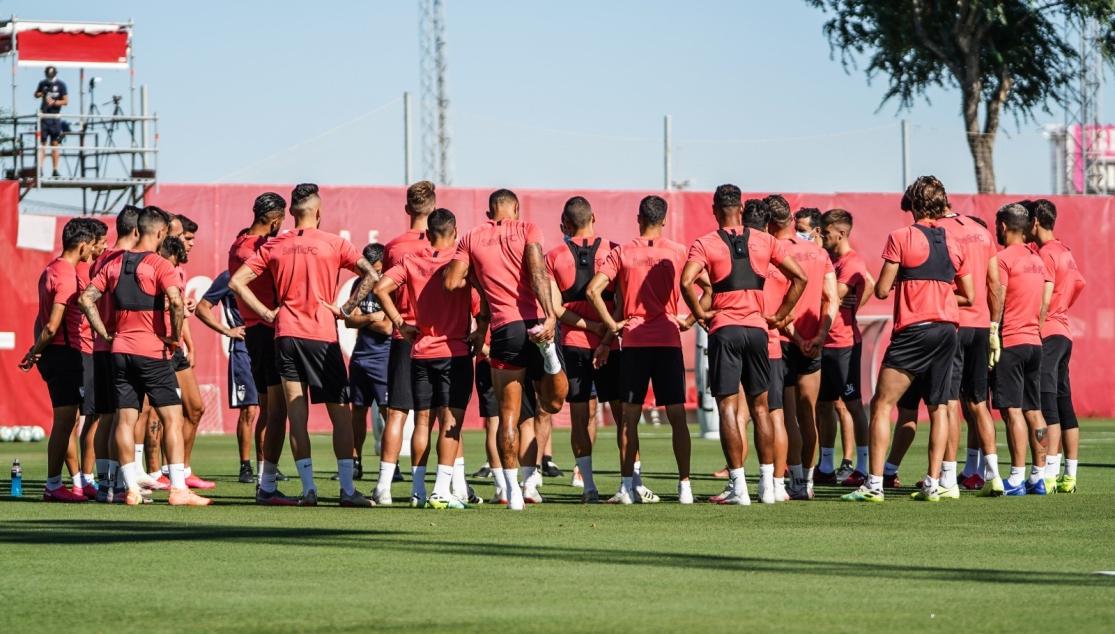 BACK TO WORK AND FOCUSING ON SD EIBAR

Sevilla FC returned to training this morning at the Ciudad Deportiva José Ramón Cisneros Palacios. The side last trained on Wednesday morning after Tuesday's win at Butarque, and had yesterday off. Julen Lopetegui's squad are now preparing for Monday's clash against SD Eibar on Monday at the Ramón Sánchez-Pizjuán, which is the 34th match of the league season.

The squad will train at the training ground tomorrow morning at 10:00, before training at the same time on Sunday in Nervión, where they will face the Basques on Monday.