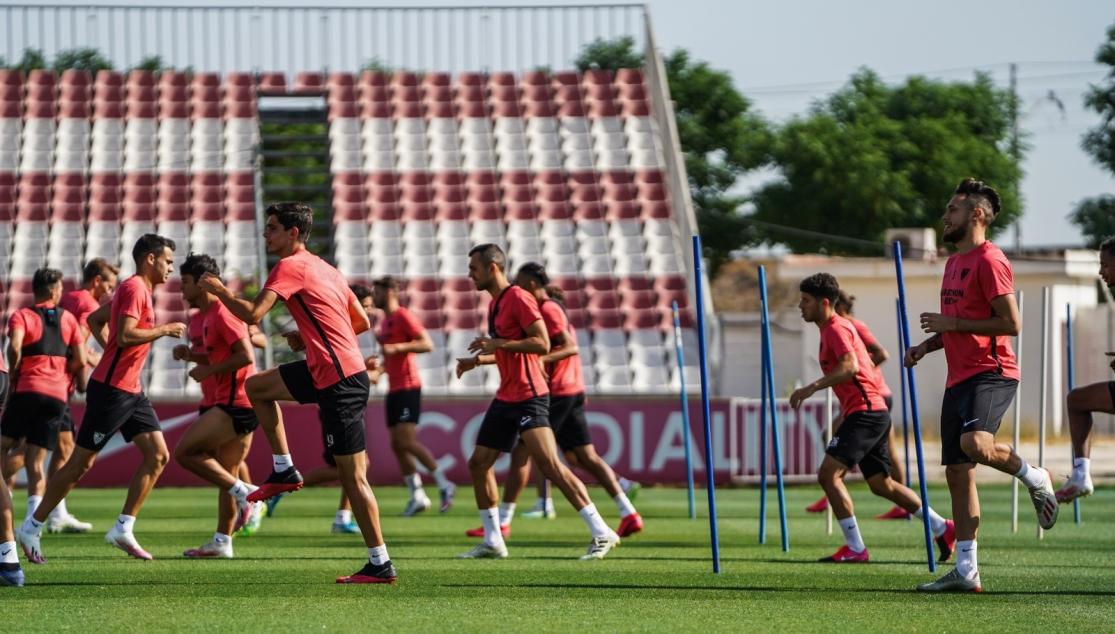 Tomorrow, the second and final training session before the match

Sevilla FC have completed their first training session of the week at the Ciudad Deportiva José Ramón Cisneros Palacios, after Monday's 2-2 draw in Castellón against Villarreal CF. Julen Lopetegui's side had the day off yesterday after arriving home in the early hours, but the side are now fully focused on Friday's home match against Real Valladolid at 22:00, the 32nd LaLiga match of the season.

The Nervionenses will train tomorrow morning, which will be their final training session before the match against Valladolid.