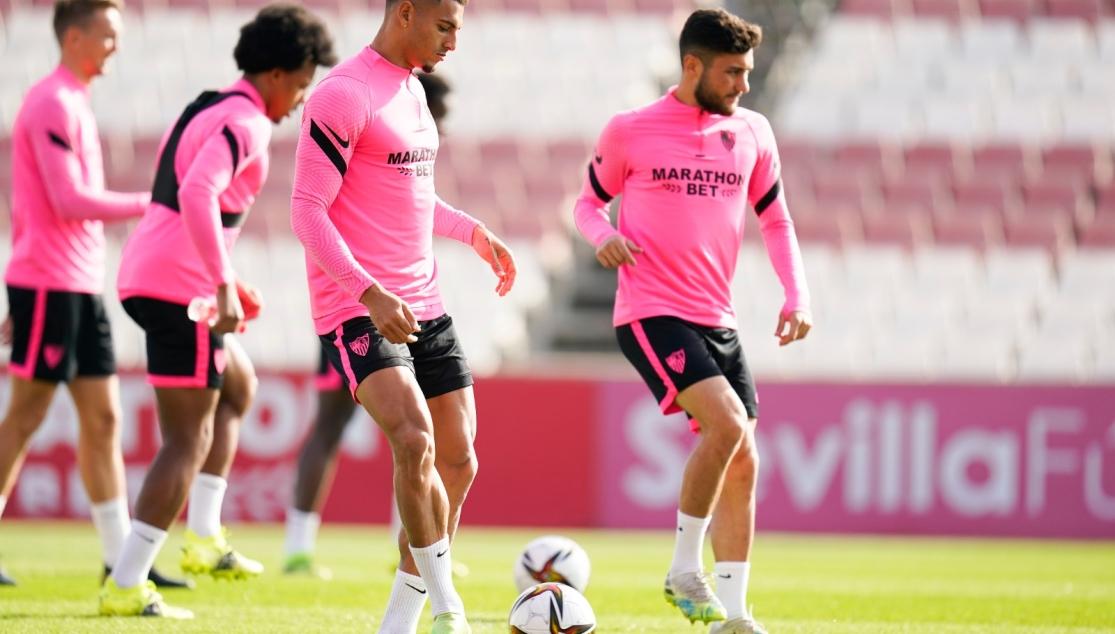 PENULTIMATE TRAINING SESSION BEFORE THE CUP MATCH IN BARCELONA

The team trained at 10:30 this morning, with Del Nido Carrasco, Monchi and Fernando Navarro present at the session

Sevilla FC were in training on the first day of a new month. Julen Lopetegui's men trained at the Jesús Navas Stadium early today as they continue their preparations for Wednesday's away match against FC Barcelona, with the team fighting for a place in April's Copa del Rey final.

As is usually the case, Vice President Del Nido Carrasco was present at the session alongside Monchi and Fernando Navarro. The squad will train tomorrow morning at the training ground, with Julen Lopetegui's pre-match press conference following the session at midday. The team will then travel to Barcelona later on in the day.