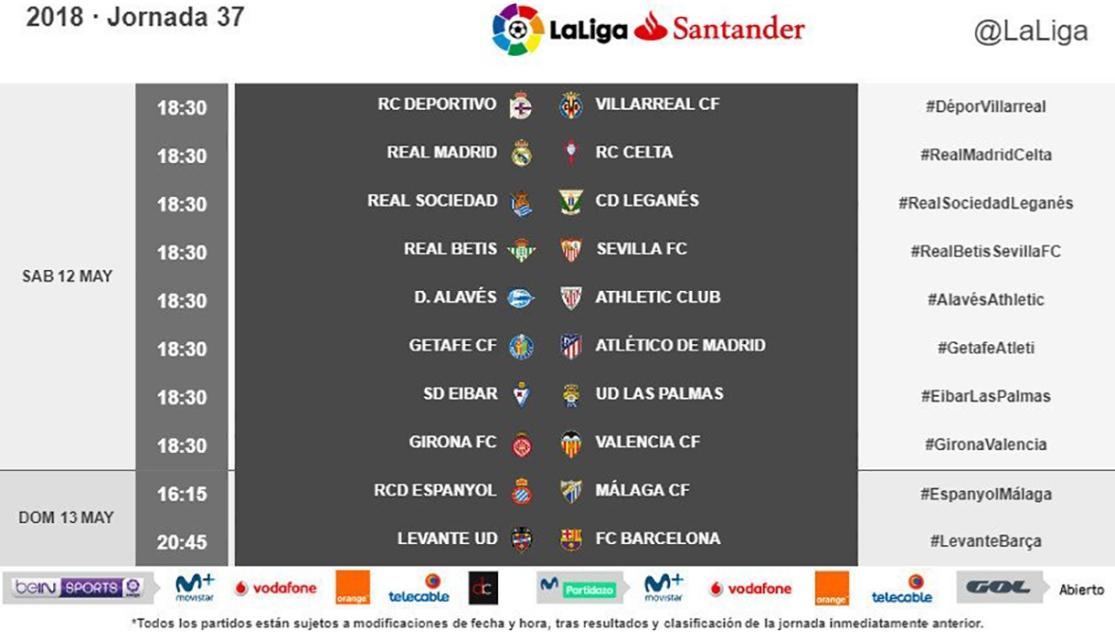 SEVILLA FC WILL VISIT THE BENITO VILLAMARÍN STADIUM ON SATURDAY THE 12TH OF MAY, 18:30PM

La Liga has published fixture dates and times for the penultimate matchday of the season, although said fixtures are subject to change

La Liga has published the fixture times for matchday 37 to be played between Saturday the 12th of May and Sunday the 13th. Eight of the ten matches will be played on Saturday with kick-off at 18:30pm, whilst games between RCD Espanyol-Málaga CF and Levante UD-FC Barcelona will be played on the Sunday.

Matchday 37 will mark Joaquín Caparrós' side's last away fixture of the season and, on this occasion, the team will not be leaving the Andalusian Capital as they look to face Real Betis at the Benito Villamarín with a kick-off time of 18:30pm.

However, all matchday fixtures are subject to change once the results from the previous matchday are known.

First team
ALFONSO PASTOR: "LOPETEGUI TRIES TO HELP US IN EVERYTHING AND GIVES US ADVICE"
Leer más
END_OF_DOCUMENT_TOKEN_TO_BE_REPLACED