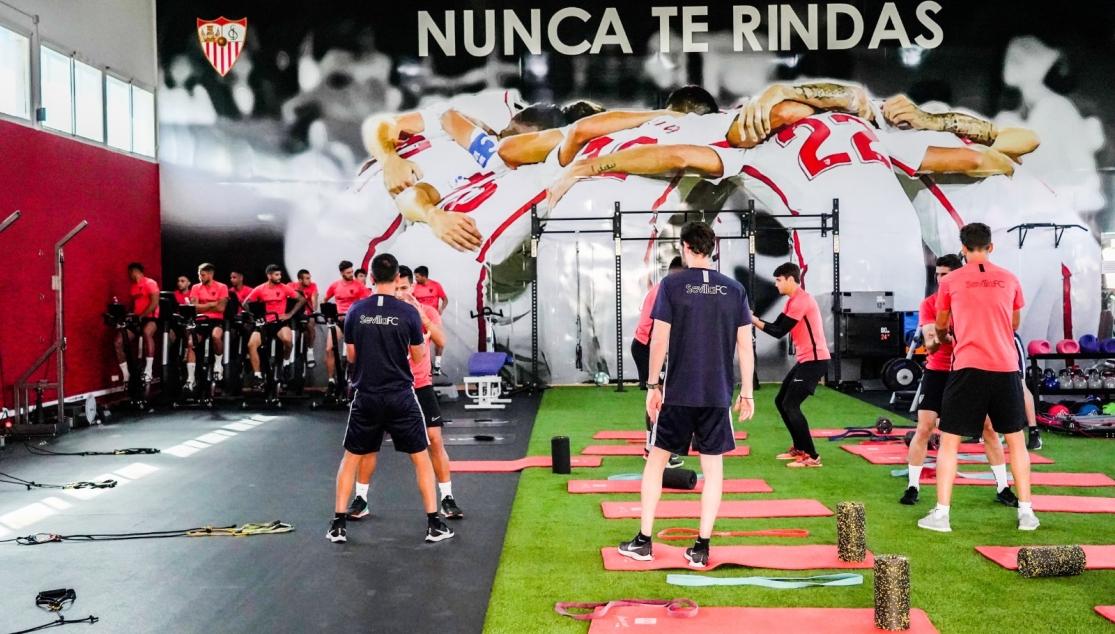 SEVILLA FC HAVE A RECOVERY GYM SESSION AFTER RETURNING FROM BARCELONA

After Sunday night's defeat in the Camp Nou to Barcelona, Sevilla FC returned to Sevilla this Monday morning and after landing back in Andalusia, they went straight to work at the Ciudad Deportiva José Ramón Cisneros Palacios. At the beginning of another international break, Lopetegui's squad underwent a recovery session in the gym today.

The squad will return to training tomorrow, excluding those players who have received an international call-up.

First team
THE BANEGA FAMILY, WITH THOSE MOST IN NEED IN ROSARIO DURING THE PANDEMIC
Leer más
END_OF_DOCUMENT_TOKEN_TO_BE_REPLACED