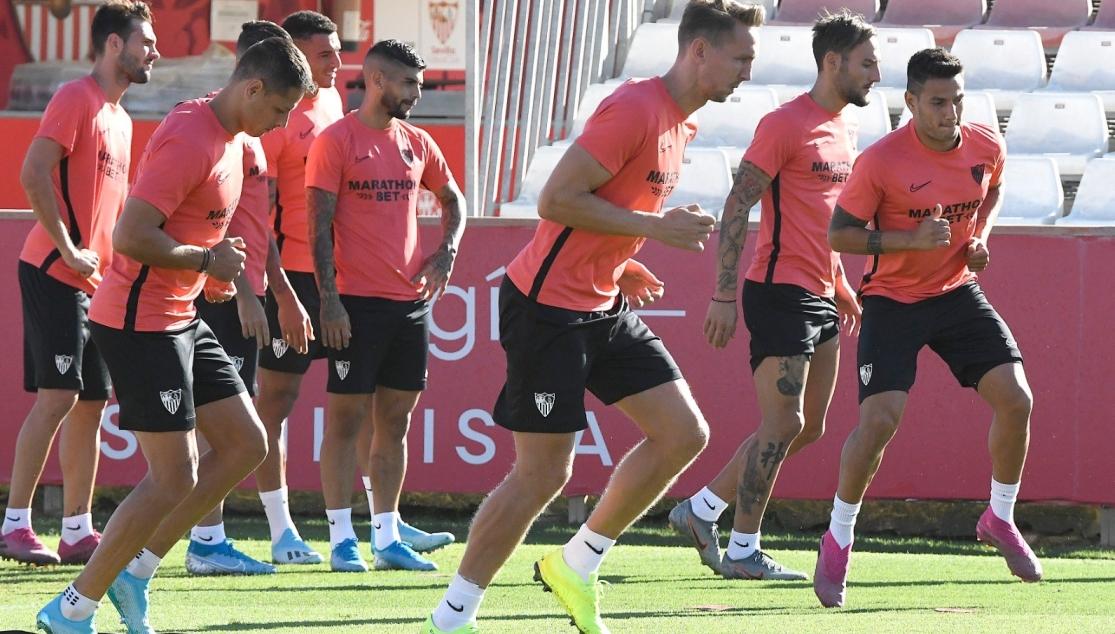 This Wednesday morning, Sevilla FC had their last training session before hosting APOEL FC tomorrow night in the second matchday in Group A of the UEFA Europa League. Julen Lopetegui's squad trained this morning in the 'Estadio Jesús Navas' at the training complex.

Carriço continued to work hard and step up his recovery from his muscle injury that he sustained last week at Eibar, and which ultimately forced him off the field in the second half of that match.

First team
THE BANEGA FAMILY, WITH THOSE MOST IN NEED IN ROSARIO DURING THE PANDEMIC
Leer más
END_OF_DOCUMENT_TOKEN_TO_BE_REPLACED