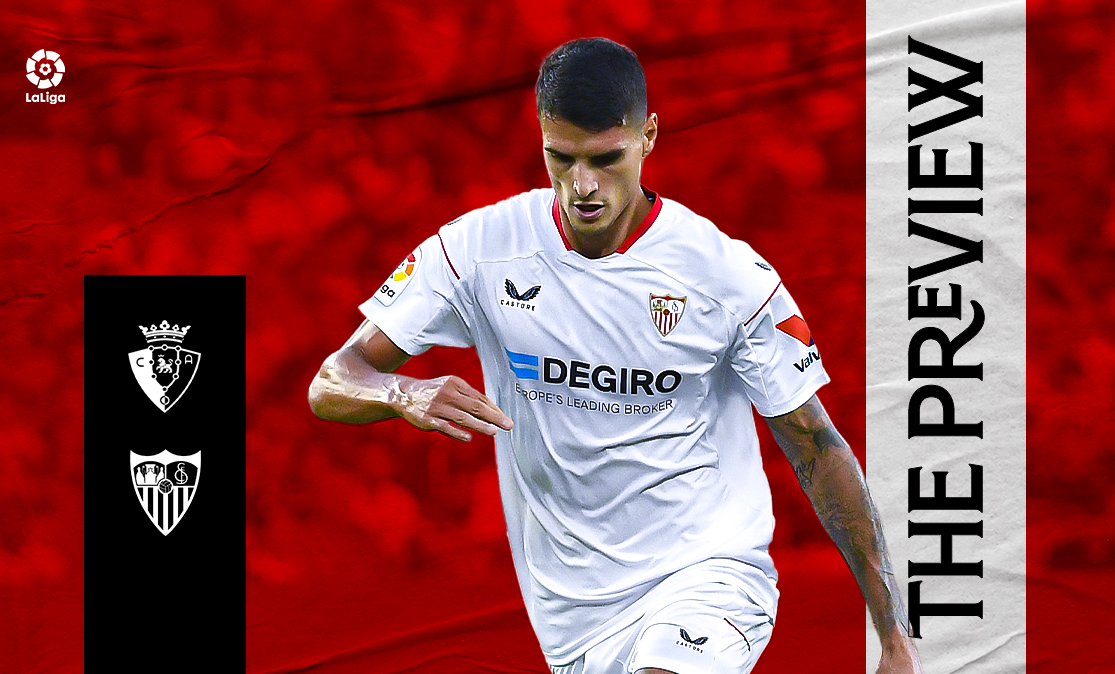 We kick off LaLiga 22/23 tonight. The team, who landed in Pamplona last night, kick things off tonight at 21:00 CEST against CA Osasuna in El Sadar.

Sevilla travelled to Pamplona with a squad of 23 and are only missing the services of Marcão and Suso, who stayed in Sevilla through injury, and Munir.

The home side will be without Rubén García, one of their attackers, and Aridane, a centre-back, whose mother has sadly passed away. Jagoba Arrasate will be able to call on their new signings Rubén Peña and Moig Gómez, in addition to Aitor Fernández.

Interestingly, both teams have a long unbeaten streak in season openers. We are unbeaten in eight, while Osasuna haven't lost in four opening day fixtures.

Osasuna have not lost in the last four opening day fixtures, while Sevilla's run extends to eight

We start a new season after breaking defensive records last season, conceding the fewest goals in a season with 30. In what is Julen Lopetegui's fourth season at the helm, the team will be looking to continue that good defensive work that has marked the coach's reign.

In the pre-match press conference ahead of the game, Julen said they had "butterflies in the stomach" and were "excited ahead of a new season at the club." He described the match as a "difficult, but exciting challenge."

The match, which kicks off at 21:00 CEST at El Sadar, will be refereed by Del Cerro Grande with Soto Grado on VAR duties.

First team
LOPETEGUI: "THE ONLY WAY TO GET RESULTS IS TO BELIEVE IN WHAT YOU ARE DOING MORE THAN EVER BEFORE"
Leer más
END_OF_DOCUMENT_TOKEN_TO_BE_REPLACED