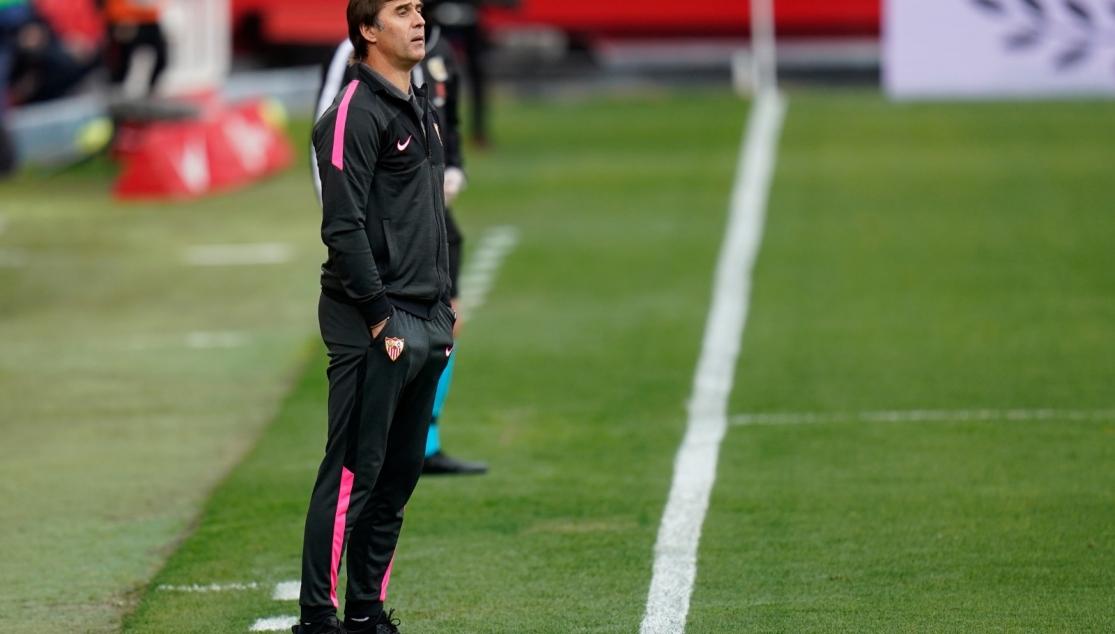 LOPETEGUI: 'IT'S TOO EARLY TO LOOK AT THE LEAGUE; WE'RE FOCUSED ON VALENCIA NOW'

'We are really satisfied with the team's mentality and attitude,' Lopetegui stated

Julen Lopetegui, Sevilla FC's manager, was delighted after the team's 3-0 win over Cádiz CF: 'It was a really positive performance, we take away three important and hard-earned points and we're really satisfied with the team's mentality and attitude.'

'We're happy for the team first of all when one of players scores. But today we are especially happy for Youssef and everyone else,' Lopetegui added regarding En-Nesyri's hat-trick.

To finish, Julen spoke about the team's position in the league and the coming cup match against Valencia CF: 'It's too early to judge the league, that'll change in two days. The only placement that matters is where you are at the end of the season. We have an exciting and difficult match against Valencia coming up. We only have one chance and they will push us to the limit. We go into the match to knock them out. They are a good team with top players and we are looking forward to the match.'