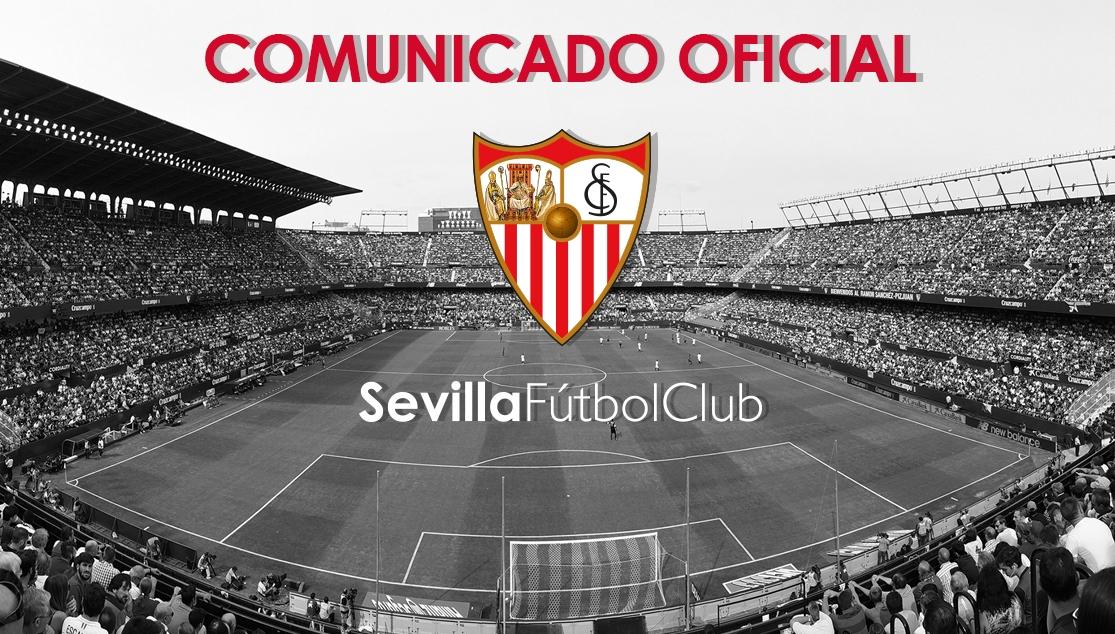 OFFICIAL STATEMENT ON THE FINAL OF THE SUPERCOPA DE ESPAÑA

Sevilla FC expresses its absolute disagreement with the decision taken by the Real Federación Española de Fútbol (RFEF) to schedule a one-leg match. The Club, despite seeing the decision to play just one match as unjust, will not refuse to play the final

Sevilla FC has been informed, through an email sent by the Secretary General of the Real Federación de Fútbol (RFEF), Andreu Camps, at 18:32 CET this evening, that the RFEF has taken the unanimous decision that the final of the Supercopa de España 2018 will be a one-leg fixture this season played at a neutral venue, which could be Tangier, Morocco - though this is still to be confirmed.

Sevilla FC would like to publicly express its absolute disagreement with the decision made, which has not taken the normal format of the competition to this date into account (that being a two-legged fixture); moreover, a decision that is exceptional, with the RFEF intending to continue organising the competition with two-legs in future seasons.

It seems clear that the RFEF has taken a specific decision for the present edition of the competition with the exclusive intention of solving the problems of FC Barcelona, disregarding the requests of Sevilla FC, which, since the RFEF's occupation of the matter, has insisted on working with the 5th and 12th of August - as were set out in the approved La Liga Football Calendar - as the appropriate dates for the final.

In the last meeting the Club participated in for the selection of dates, last Thursday, Sevilla FC impressed its desire once again for the habitual format of the competition and the fixed calendar to be respected.

Notwithstanding, the RFEF have taken an arbitrary decision today, harmful to the interests of our Club. It has done so even without having already established a definitive venue for the Final. The Club considers this a lack of respect for our institution and fans.

Sevilla FC made the decision to include the first-leg of the Supercopa de España as part of this season's season-ticket package, as it did in previous editions the Club participated in. This decision was made taking into account that the very same competition is held over two-legs and that there was already an approved calendar. The Club notes that the RFEF has deprived Sevilla season-ticket holders of seeing a final in their stadium.

The Club, despite considering the decision to play a one-leg final unjust, will not refuse to play in the final, having won the right to compete in the fixture on the field.

Sevilla FC will study the most appropriate formula to compensate its season-ticket holders for not being able to see the first-leg of the Supercopa in our own stadium, as was anticipated.

First team
ALFONSO PASTOR: "LOPETEGUI TRIES TO HELP US IN EVERYTHING AND GIVES US ADVICE"
Leer más
END_OF_DOCUMENT_TOKEN_TO_BE_REPLACED