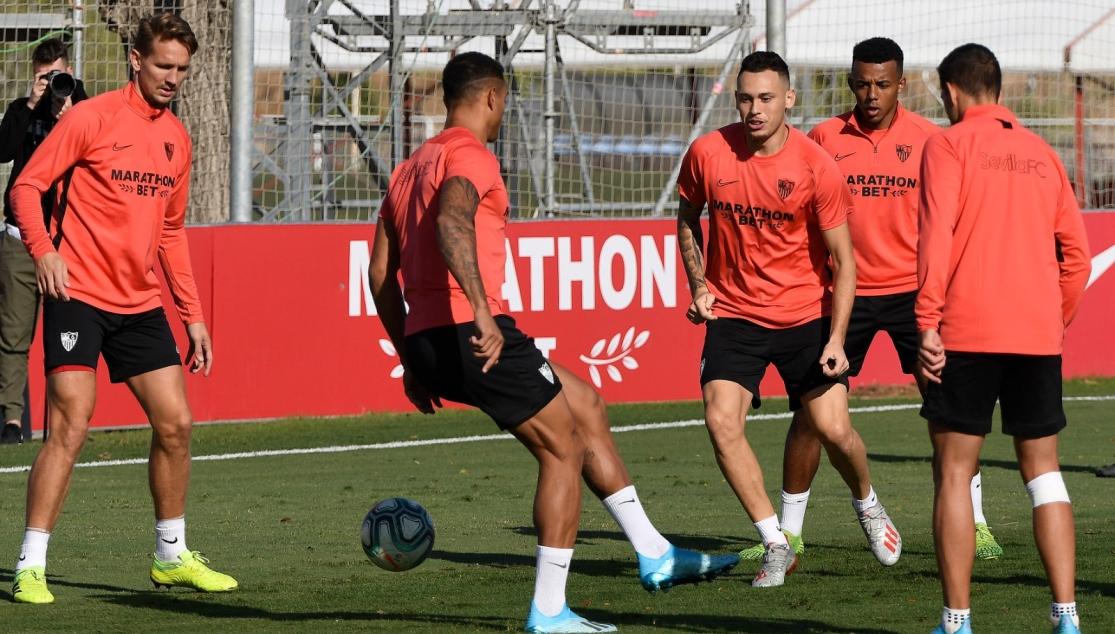 Sevilla FC were back in training this morning after returning to work on Monday night, this being the second training session ahead of Sunday's clash with Levante UD. Luuk de Jong and Lucas Ocampos were back from international duty with the Netherlands and Argentina respectively, where both players were on the scoresheet.

As well as these returns, today's training was also marked by Nolito's 32nd birthday, which made the atmosphere somewhat more relaxed between the team.

The squad will train tomorrow evening, which will see more players return to training after completing their international duty. The work continues ahead of Sunday's match against Levante at 21:00 at the Ramón Sánchez-Pizjuán.

First team
THE BANEGA FAMILY, WITH THOSE MOST IN NEED IN ROSARIO DURING THE PANDEMIC
Leer más
END_OF_DOCUMENT_TOKEN_TO_BE_REPLACED