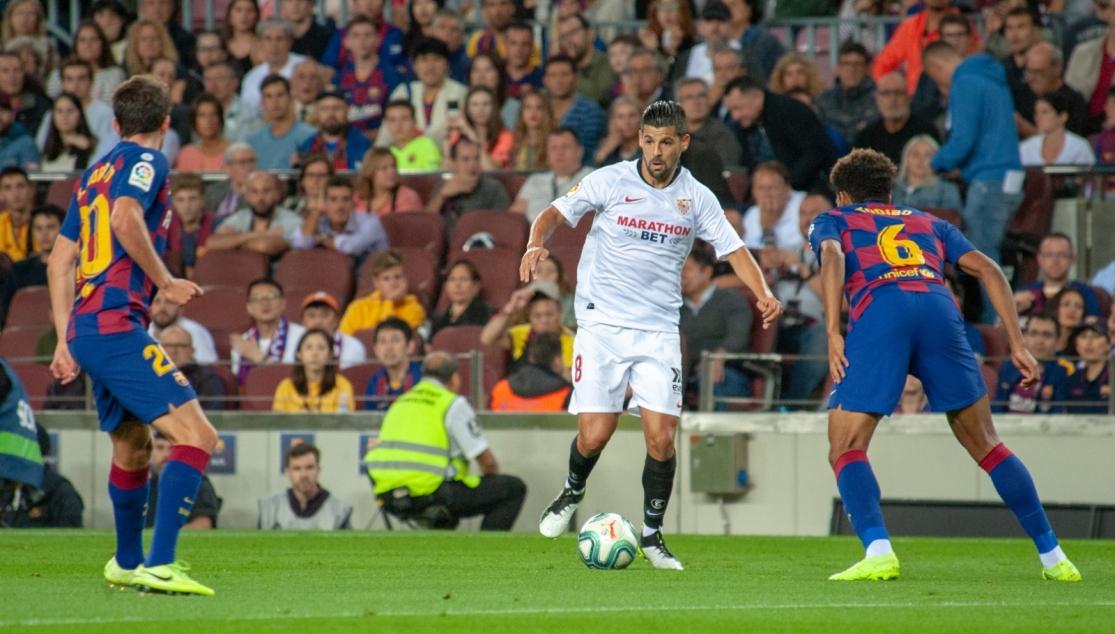 NOLITO: "WE SHOWED A LOT OF COURAGE, BUT THEY WERE THE ONES WHO SCORED"

"We're devasted by the scoreline, because we didn't deserve it"

Nolito spoke to the press after the defeat in the Camp Nou on Sunday night: "We didn't play badly in the first half; the key is in who takes their chances and who doesn't, and Barcelona were more clinical. At the end, you're fighting an uphill battle and we're devasted by the scoreline, because we didn't deserve it".

Although the start was promising, Sevilla couldn't make the most of their dominance: "The team showed a lot of character, but this is football and they are the ones who scored. We didn't put our chances away and Barcelona punished us". And after the seetback at the end of the first half, by the time the second half came along, it was too late: "We were annoyed with those eight minutes, but that's football. You feel frustrated and helpless. We came out again with the right attitude in the second half, but it's difficult to comeback from 3-0".

First team
THE BANEGA FAMILY, WITH THOSE MOST IN NEED IN ROSARIO DURING THE PANDEMIC
Leer más
END_OF_DOCUMENT_TOKEN_TO_BE_REPLACED