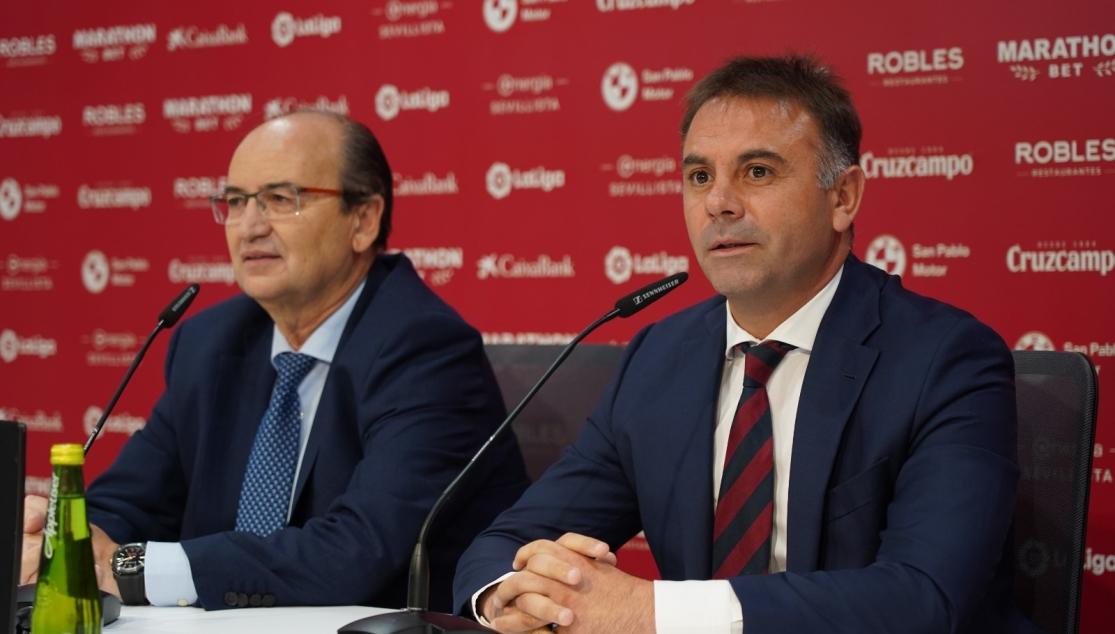 This Thursday, Sevilla FC and Extremadura UD presented the poster announcing the tribute match that both clubs will celebrate this August to José Antonio Reyes. On the 10th, the teams will meet in a friendly match in the Francisco de la Hera Stadium, where the figure of the footballer from Utrera, who died last June 1st in a traffic accident, will be remembered.

The Chairman of Sevilla FC, José Castro, affirmed that once Extremadura informed him about this initiative "for our beloved player, José Antonio Reyes, from the first moment we said yes very quickly. We have 2,500 tickets to sell to the Sevillistas and I'm sure there will be a great reception and a sell-out. Everything we do for him will be not enough. We will also soon give information very soon about a tribute event that we will put on for Reyes," added Castro, who concluded thanking the Extremadura club for its invite: "For us, it is a pleasure for Extremadura to be with us in any match or event. It is the reality of both clubs, good relations".

In much the same light, Manuel Franganillo, Chairman of Extremadura UD wanted to show his "gratitude to Sevilla for the treatment that it has always shown us. Once again, at the request of our club, Sevilla FC is up to the task, with a lot of class and quality. Extremadura wanted to play a match to pay tribute to José Antonio and we are very proud. All the proceeds will go to José Antonio's children. We want it to be a celebration of what Reyes did and we want both fans to celebrate together to honour him as he deserves".

For the very same reason, tickets will be available at accessible prices (10, 15 and 20 euros depending on the area of the stadium) and members of both clubs will have sale priority. "We want it to be a great event generating the most revenue possible," said Franganillo. They will be on sale from the 5th to the 8th of August at the box office of Francisco de la Hera Stadium for members of Extremadura UD, and 9 and 10 of the same month, for the general public".