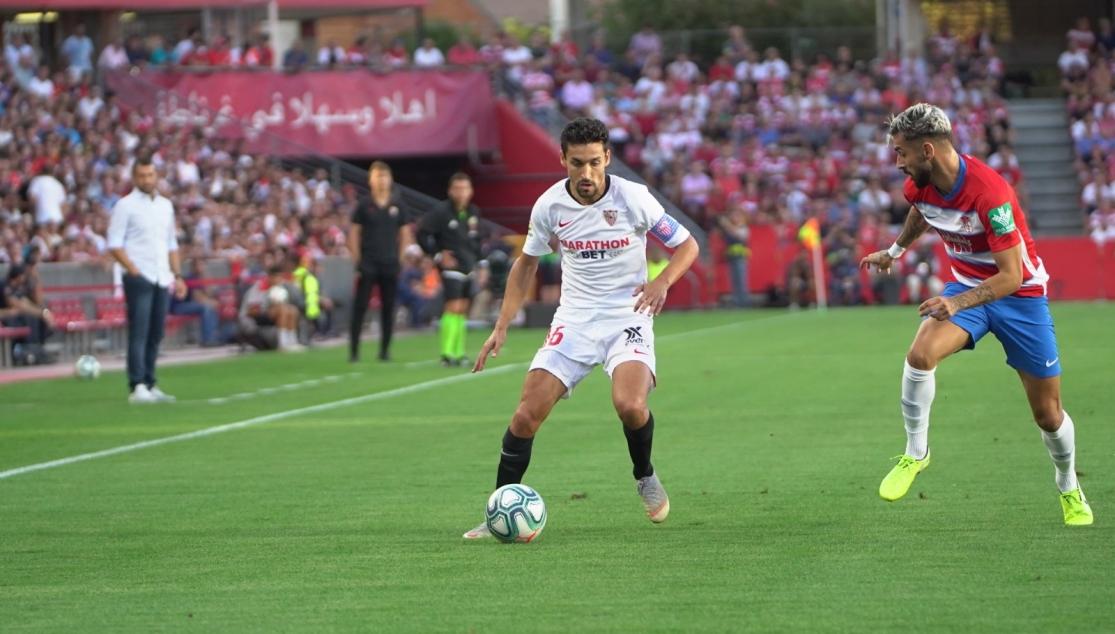 Jesús Navas, Sevilla FC captain, spoke to official media to assess Sevilla's win against Granada CF: "The team has confidence, we know how to dig deep during difficult periods of the match. We've put that effort in when we had to do so, and we've come out with three points. Scoring a second would have made the final few minutes easier, but we've fought for these three points.

As well as the result, he highlighted the defensive strength of the side: "We've kept a clean sheet in the first two game and taken six points, we've come to a difficult ground today".

The team has an identity, and they know what they have to do: "Most importantly, we're looking for the third win, it will place us high up in the table, this is always good for us".

Looking ahead to the next few matches, it's important the result goes well with the result: "There's things that we can improve on, but we've picked up three points, the team is feeling very confident. We have to keep working".

"We're all switched on, this is very important. Whatever happens, the team does it well, and this is vital for us to have a good year

"We got stuck in well during the match. They put pressure on us too. They're dangerous from set-pieces but we've been alert for them. It's difficult to win and today we've done it".

Two matches, two wins: "It's very important for us, it gives you confidence to keep on working with the same idea".

The team has got used to the new manager's ideas: "There's a lot of intensity, the squad are adapting well. It's important that we all contribute to the dynamics of the group"

First team
THE BANEGA FAMILY, WITH THOSE MOST IN NEED IN ROSARIO DURING THE PANDEMIC
Leer más
END_OF_DOCUMENT_TOKEN_TO_BE_REPLACED