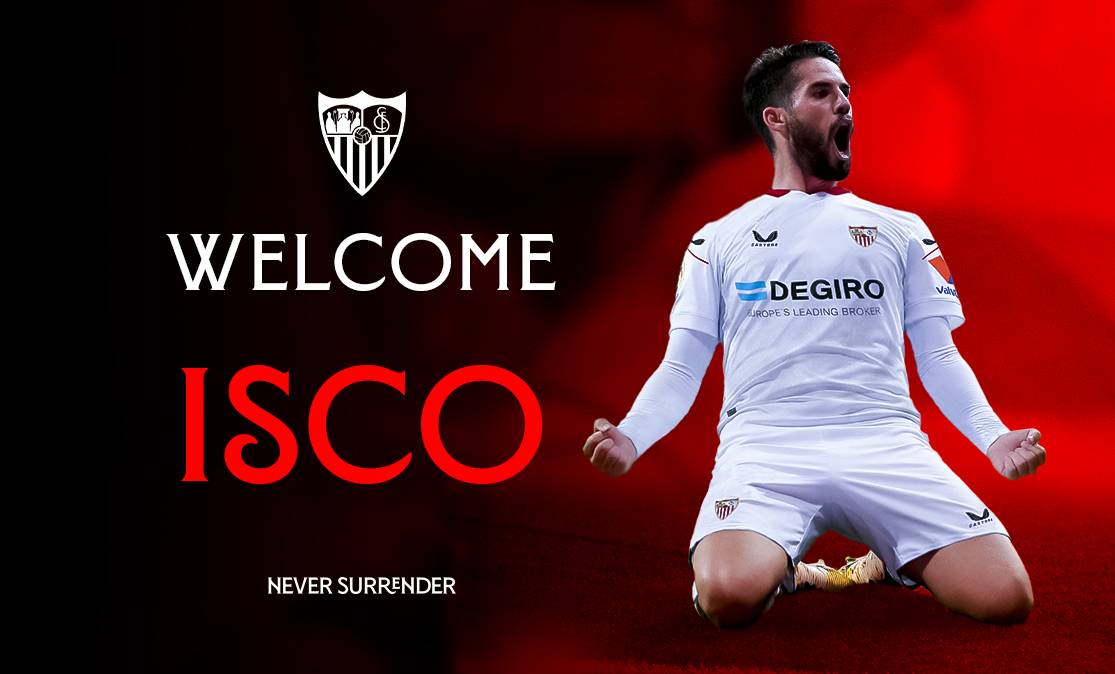 ISCO SIGNS ON A TWO-YEAR DEAL

Entradilla
He signs after passing his medical
Cuerpo Superior

Isco Alarcón has now officially signed for Sevilla FC on a two-year deal. After yesterday's announcement that he had signed an agreement in principle, the midfielder has today passed his medical and put pen to paper. The Malagueño will be here until at least the end of the 2023/24 season.

In the coming days, Isco will be formally unveiled as a Sevillista and will meet up with his new teammates for his first training session.

First team
LOPETEGUI: "THE ONLY WAY TO GET RESULTS IS TO BELIEVE IN WHAT YOU ARE DOING MORE THAN EVER BEFORE"
Leer más
END_OF_DOCUMENT_TOKEN_TO_BE_REPLACED