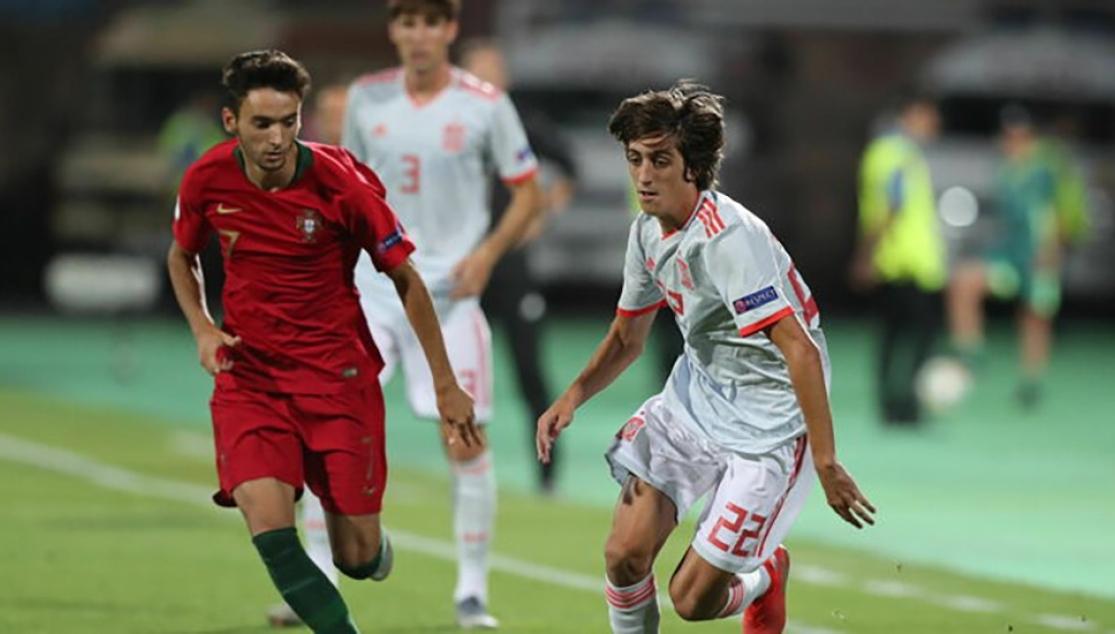 BRYAN GIL CALLED UP TO THE U19 SPAIN SQUAD

The team will face Lithuania, Romania and the hosts, Serbia, between the 8th and the 14th October

Bryan Gil has been called up by the Spain U19 team, for the MiniTournament which will take place next week in Belgrade. Spain will play against Lithuania, Romania and Serbia, as they look to progress to the Elite Round, the finals of which will be played in Northern Ireland from the 19th July to the 1st August next year.

The U19 team will meet up this Saturday 5th October, leaving for Serbia the following day to get ready for the games against the aforementioned teams, which take place on the 8th, 11th and 14th October.

First team
THE BANEGA FAMILY, WITH THOSE MOST IN NEED IN ROSARIO DURING THE PANDEMIC
Leer más
END_OF_DOCUMENT_TOKEN_TO_BE_REPLACED